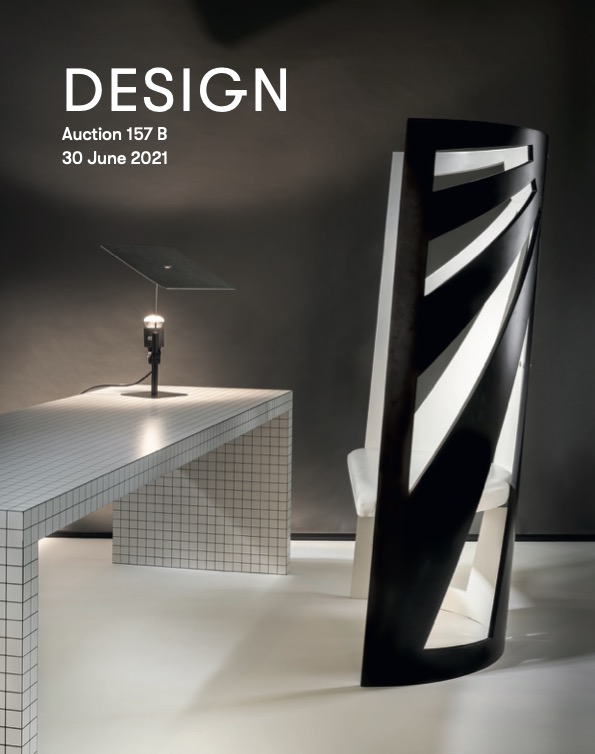 The true highlights of French design, the ceiling and wall lamps by Serge Mouille met with great interest, as always. Thus, the two wall lights 'Petit Saturne' were knocked down for the upper estimate price of € 10,000. In the field of French design, the designs of Andrée Putman from the Hotel Wasserturm in Cologne received a lot of attention.

Furniture by Scandinavian designers, including designs by Poul Kjaerholm, Hans-Agne Jacobsson, Alvar Aalto and Poul Henningsen, as well as Italian designs such as the object armchair by Mauro Mori, made from a single piece of wood, were successfully auctioned. Special lighting designs enjoyed great popularity such as the table lamp '611/P e G', 1973 (hammer price € 6.400) as well as the floor lamp '1086', 1961 (hammer price € 3.100), both by Gino Sarfatti, but also lamps by Alessandro Mendini, Angelo Lelli and Isamu Noguchi were in demand. We are also pleased with the armchair 'Theodora' by Ettore Sottsass, which climbed from an estimated € 1,200 - 1,500 to a hammer price of € 3,800. They were all auctioned well above the estimate price limits thanks to your participation and interest.

Even unusual designs such as the cactus clothes rack by Gufram, the armchairs by the Campana brothers, the rare 'Fächermann' from the studio Susi and Ueli Berger, or the design classic 'Donna' - 'UP 5' by Gaetano Pesce were bought at auction by interested bidders from all over the world.

Unsold objects can be purchased in the post-sale until August 6.