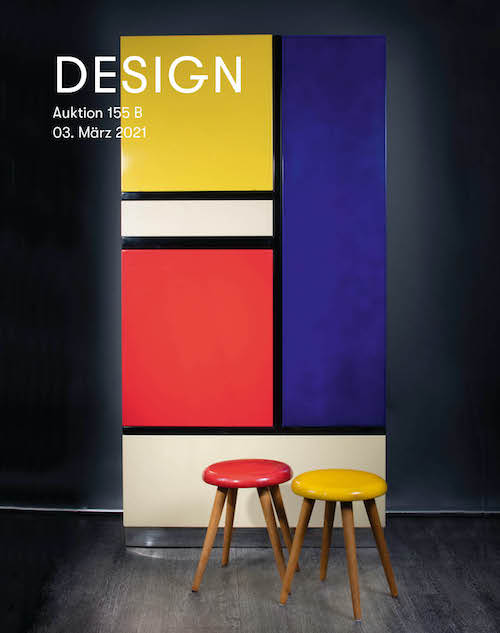 The range of furniture and lighting design by Andrée Putman, which came from the Hotel Wasserturm in Cologne (around 1990), tripled their reserve prices and went to various collectors and galleries for a total of over € 24,000. The highest knockdown was achieved for a pair of armchairs, which was sold for € 6,800, having been called up at € 1,000.

In 1976, the Swiss artist and pupil of Willy Guhl, Koni Ochsner, provided the design for the cover lot of the catalogue, the 'Mondrian' cabinet for Röthlisberger. Several collectors fought over it when it was called up for € 4,000, the hammer only fell at € 7,000.

There were a few pleasant surprises in the arts and crafts selection. A Finnish glass vase by Timo Sarpaneva increased its price tenfold. Called up at € 900, the bidding battle only ended at € 8,200. Eight colourful vases of different sizes by Otto Brauer for Holmegaard rose from € 1,000 to € 4,000.