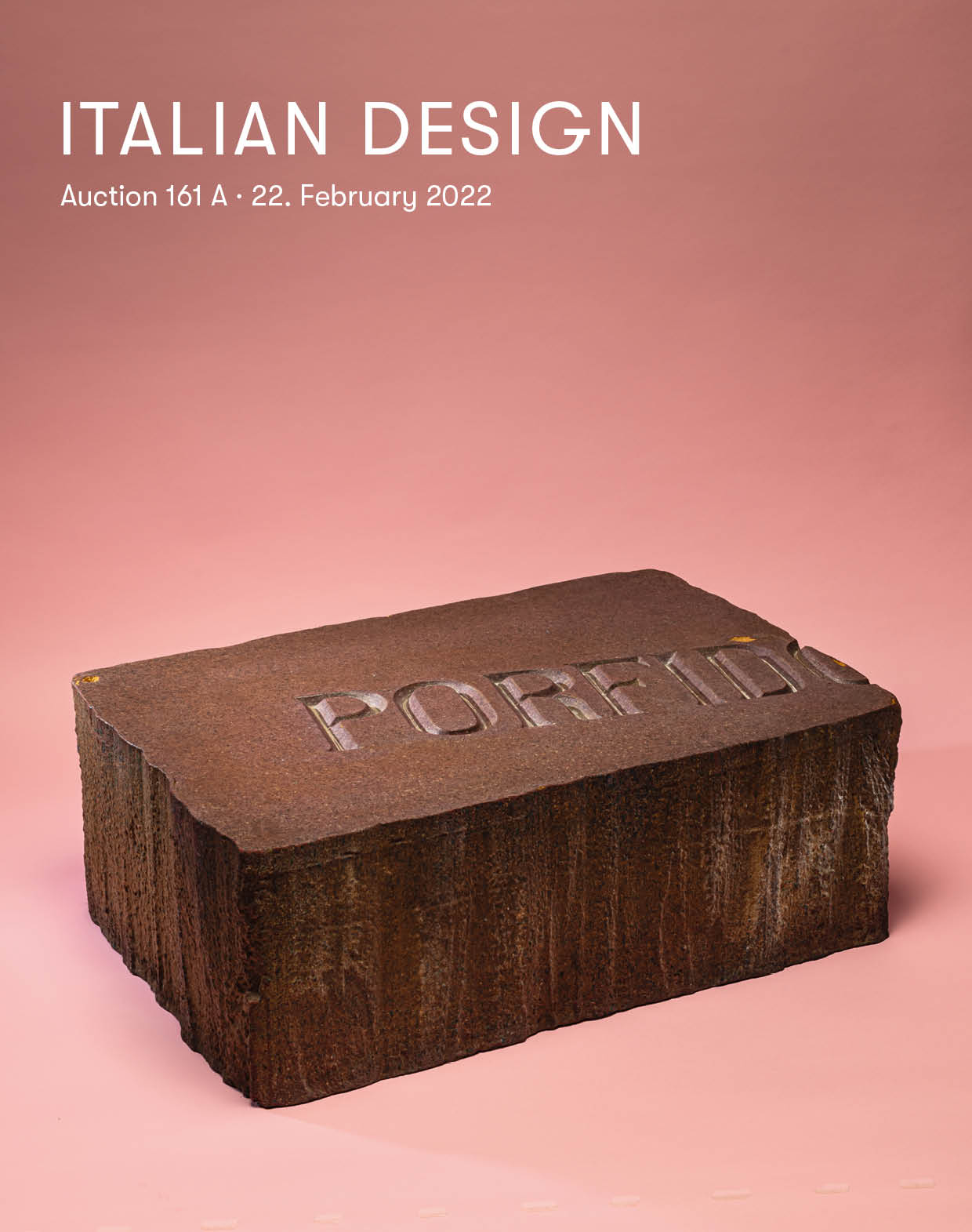 *Design in great demand at the beginning of the year - top prices for many Italian design classics!**

The loop-shaped 'Dondolo' rocking chair - designed by Franca Stagi and Cesare Leonardi at the end of the 'Roaring Sixties‘ - set a new world record. After a long bidding war between two private collectors from Germany and Italy the hammer fell finally in favor of the collection in northern Italy at a sensational €43,500.

The same collection also now includes a jewel of Italian radical design - the 'Massolo' foam porphyry stone painted with Guflac by the Italian company Gufram, conceived by Piero Gilardi in 1971. The consignor had purchased it directly at the furniture fair in Milan in 1974 and, almost 50 years later, it sold back to Italy for a whopping €13,000.

The other 'big' Italian designers were in great demand, too. The ‚Biagio‘ table light made from marble, by Tobia and Afra Scarpa, doubled its lower estimate to €3,600, their 'Artona' coffee table from the legendary collection of the same name reached its estimate price at €2,500.

Angelo Mangiarotti's black marble objects were also among the winners; the 'Eros' side table more than doubled its estimate to €3,700, and the large bowl almost tripled its price to €1,800. Mario Bellini's design classics were all sold; the tempting, comfortable 'Bambole‘ sofa for a hammer price of €3,800, his 'Area' lights at prices of €350 and €600, respectively.