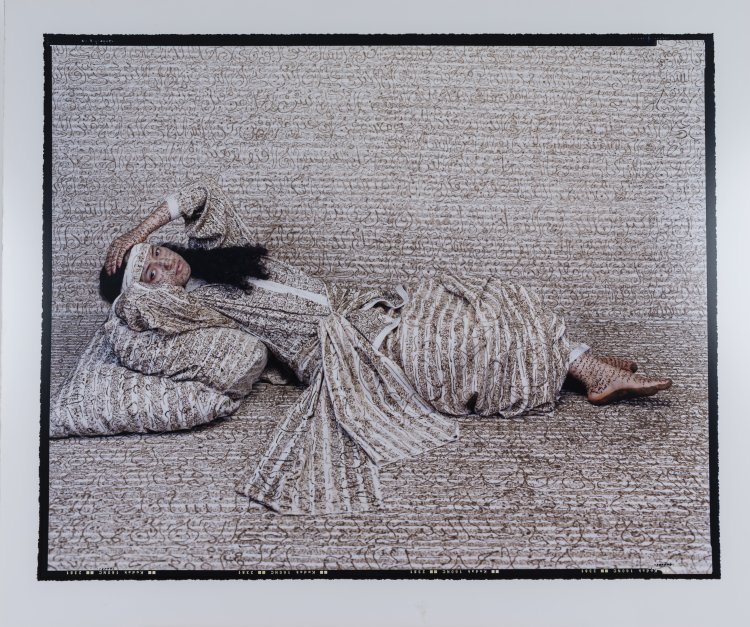 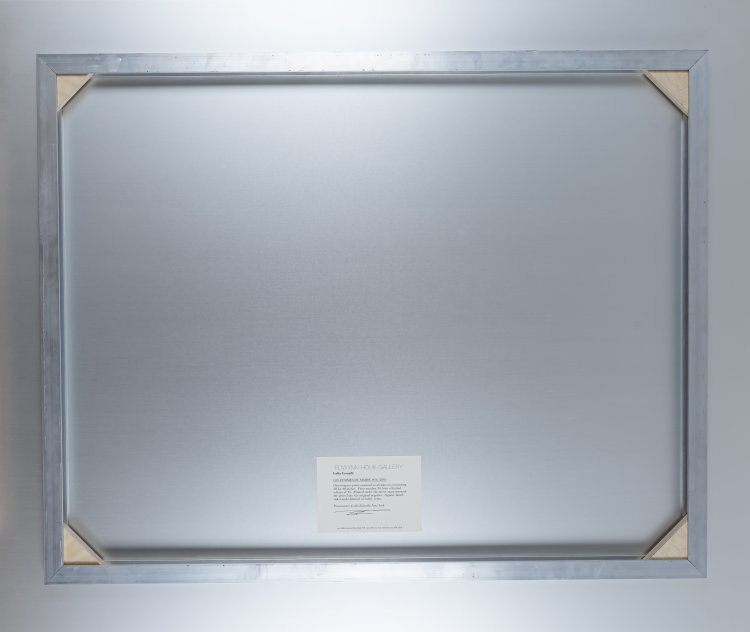 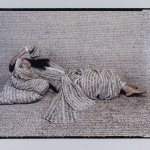 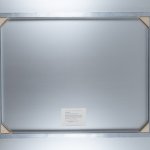 Chromogenic print, mounted on Alu-Dibond. 83.7 x 101.5 cm. Signed on the reverse on an adhesive label: Lalla Essaydi, dated: 2005, titled: Les Femmes du Maroc #16 and numbered: 14/15. Number 14 from an edition of 15 copies. Printed from the original negative under the artist's direct supervision.

The upper left corner of the Alu-Dibond is minimally bent. Provenance: acquired in 2008 from the Edwynn Houk Gallery, New York, subsequently in a private collection in southern Germany.