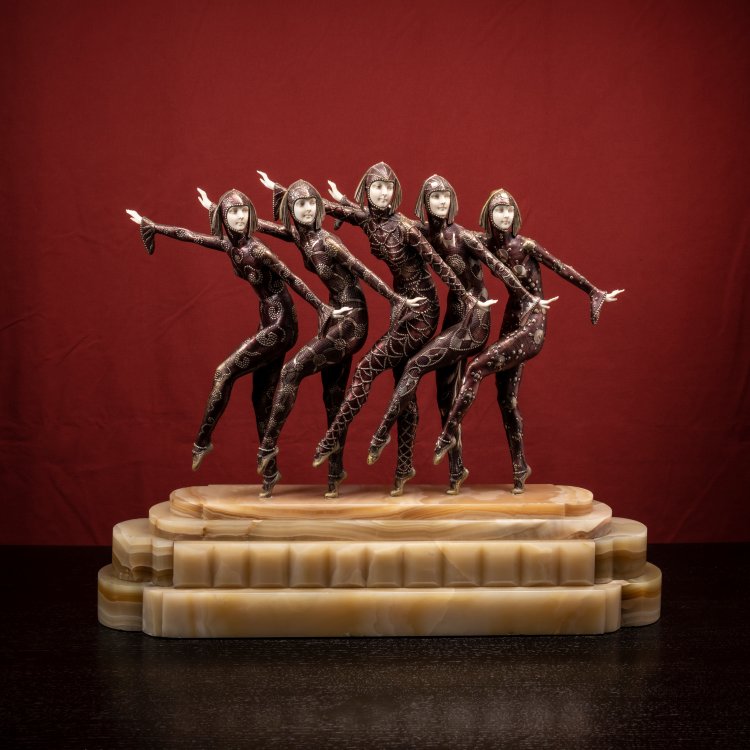 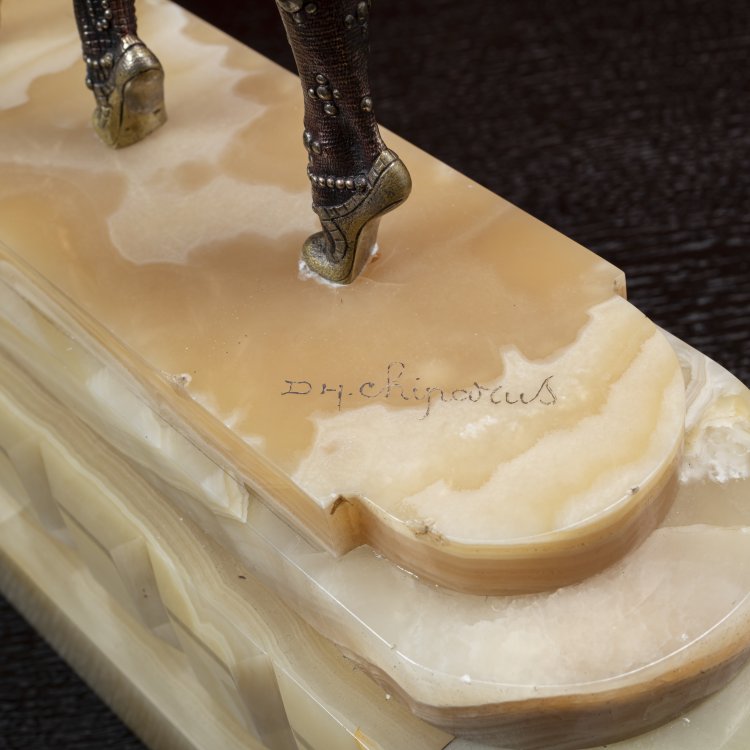 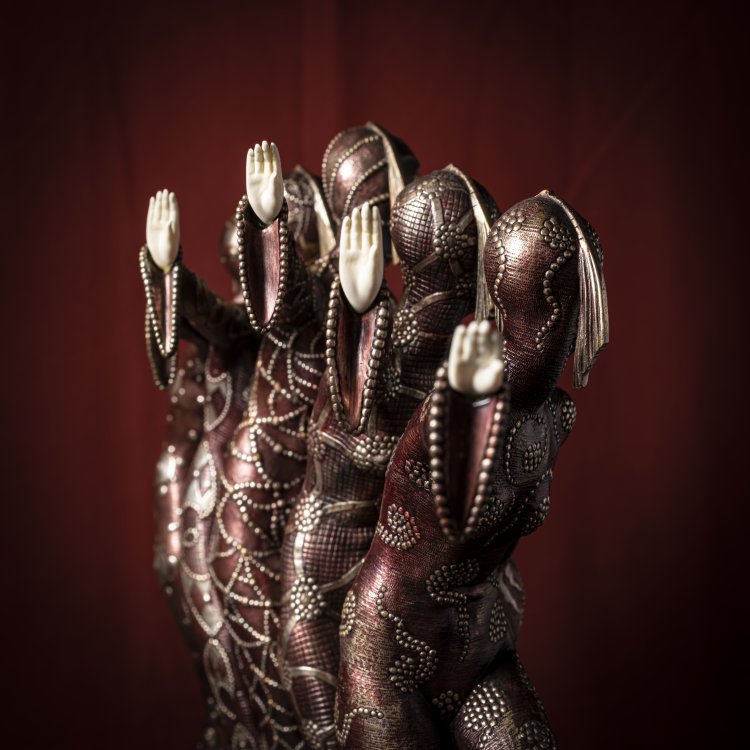 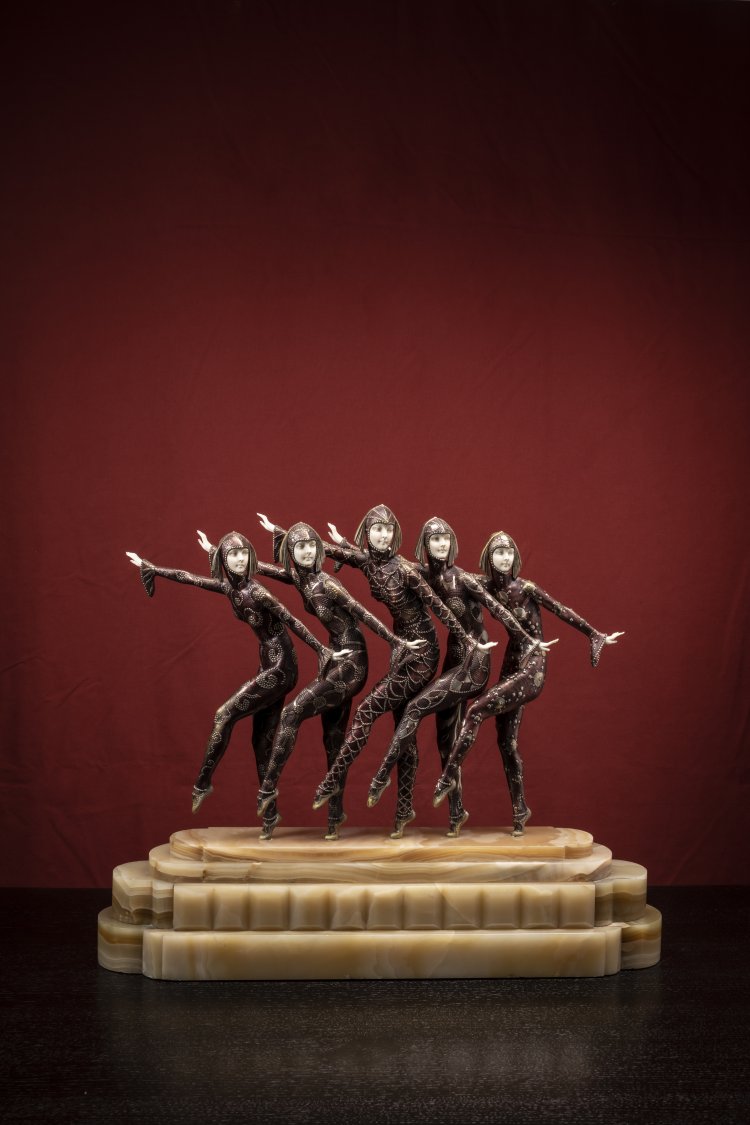 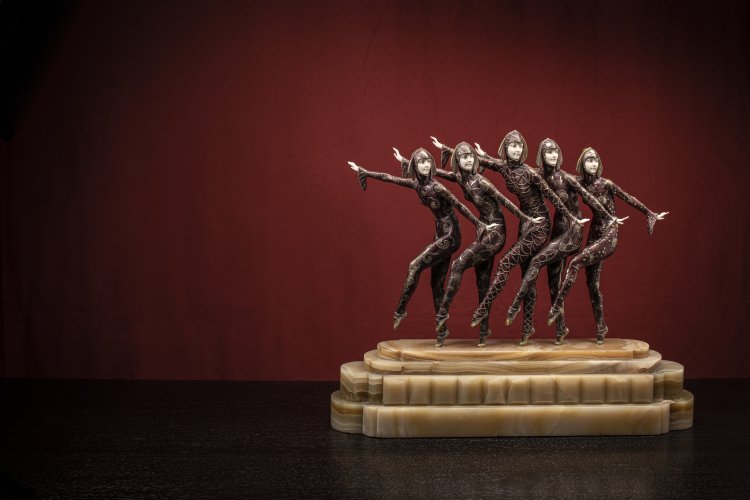 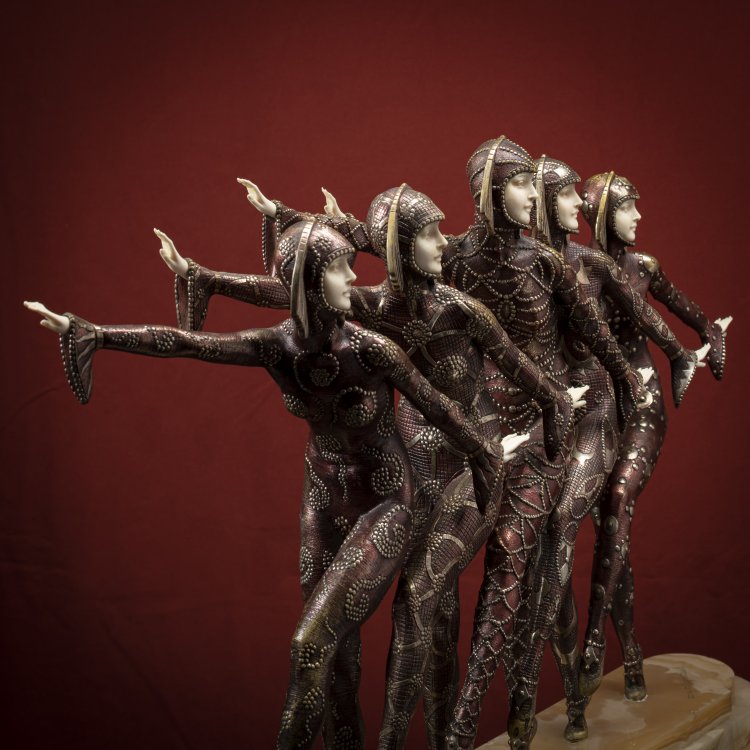 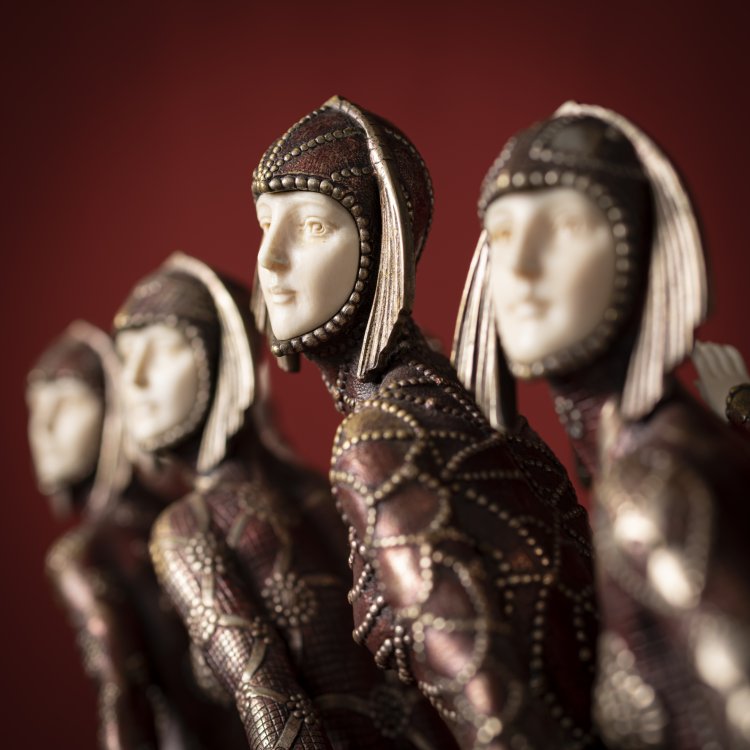 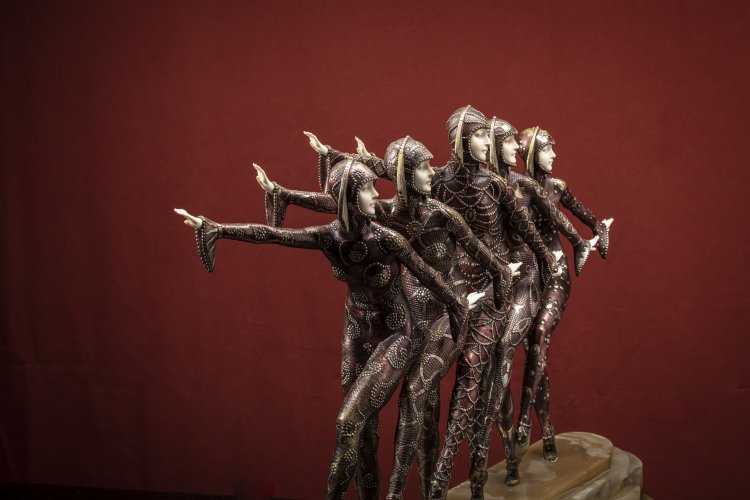 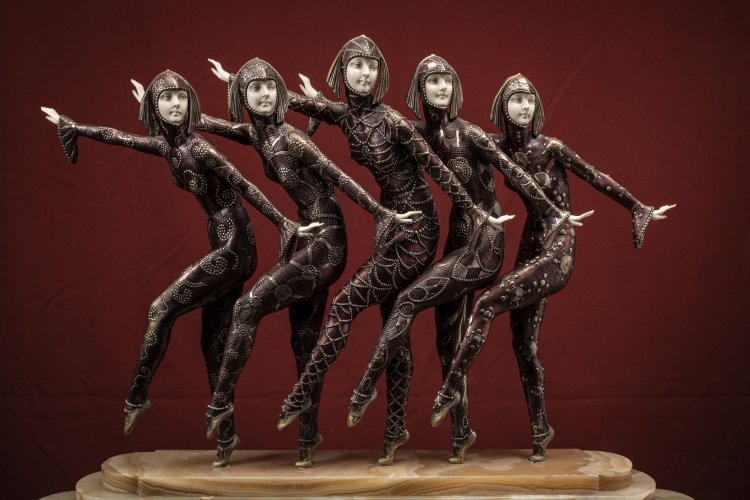 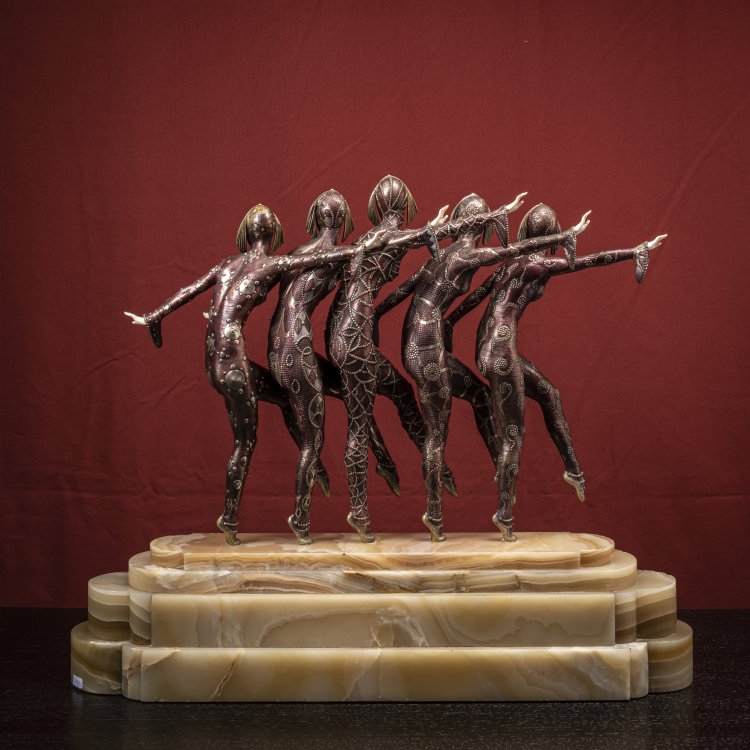 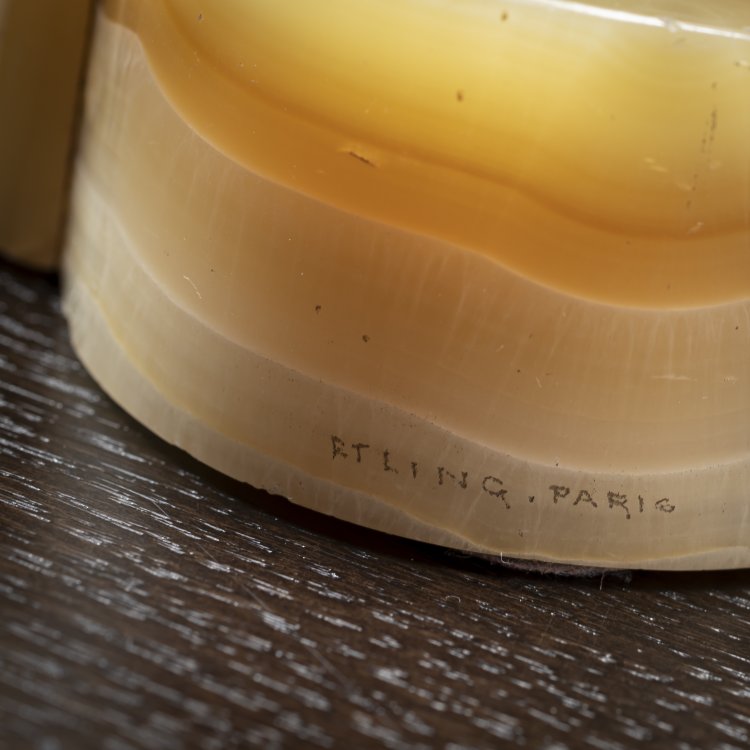 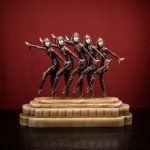 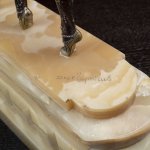 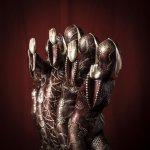 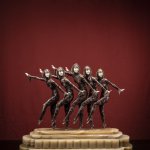 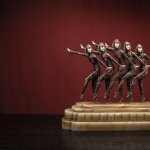 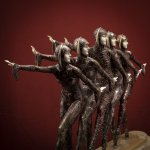 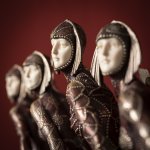 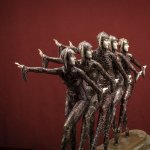 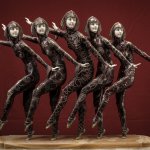 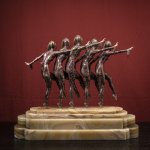 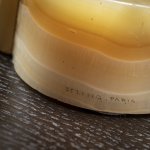 This lot contains materials protected by the Washington conservation agreement such as ivory, rhino horn, rosewood etc. Many countries have changed their import / export laws regarding these materials in recent years. Thus, Quittenbaum needs to ask any potential Buyer to check with their own government regarding any importation requirements prior to placing a bid.


We are pleased to offer one of the best and most famous works by Demètre H. Chiparus - the group of figures 'Les Girls', around 1928. Hardly any other artist has depicted the 'Années Folles' in France before the first global economic crisis better than the Romanian Dumitru Haralamb Chiparus. Hailing from a wealthy family, he was able to study sculpture in Florence and at the École Nationale Supérieure des Beaux-Arts in Paris from 1912. In his studio, which he set up in 1918, he mainly spent his time portraying, artistically but truthfully, the theatre and cabarets in the bustling city. The modern woman is one of his preferred subjects, the actresses and dancers in their revealing, sometimes skin-tight, costumes are fully aware of their effect on the viewer, they know what they want and how to get it.

The group of five, 'Les Girls' is one of the most famous examples of his work. The viewer witnesses a fantastically vivid stage scene: the dancers move synchronously. With elegantly spread arms and slightly bent upper body, they move forward step by step, the right toe is on the floor, the left leg performs the dance movement. Their heads are turned back and the girls' gaze is directed at an imaginary audience. Like a second skin, the leotards cling to their slender bodies, leaving only the girls' faces exposed. A comb-like headdress that starts at the crown and reaches almost to the shoulders gives them an Egyptian appearance. The faces and hands of the chryselephantine figures are made of finely carved ivory. The rest of the figures are made of cold painted bronze in a beautiful copper red. If you take a closer look at the overalls, you will notice the intricately decorated surfaces and ornaments of chains, net structures and ribbon overlays, which are designed differently for each of the five women.