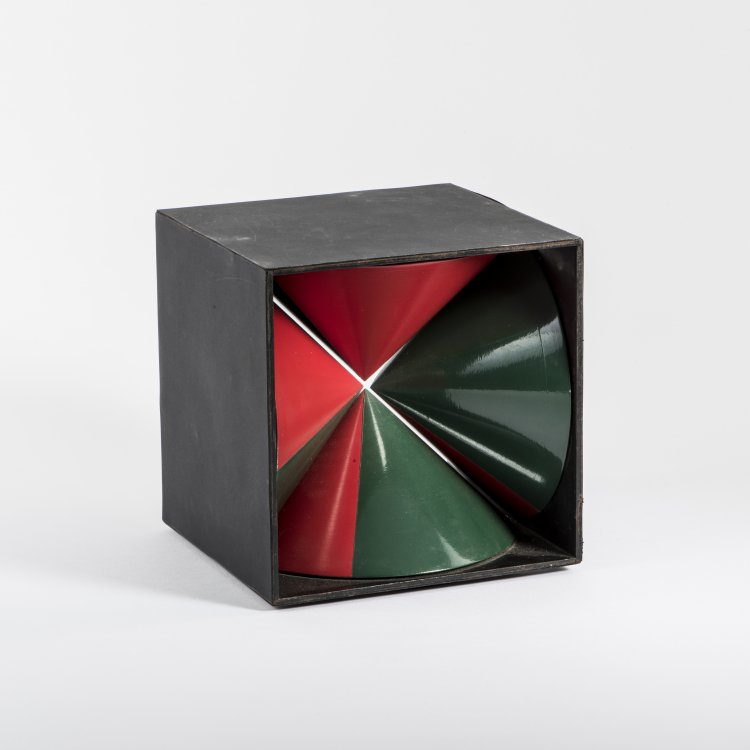 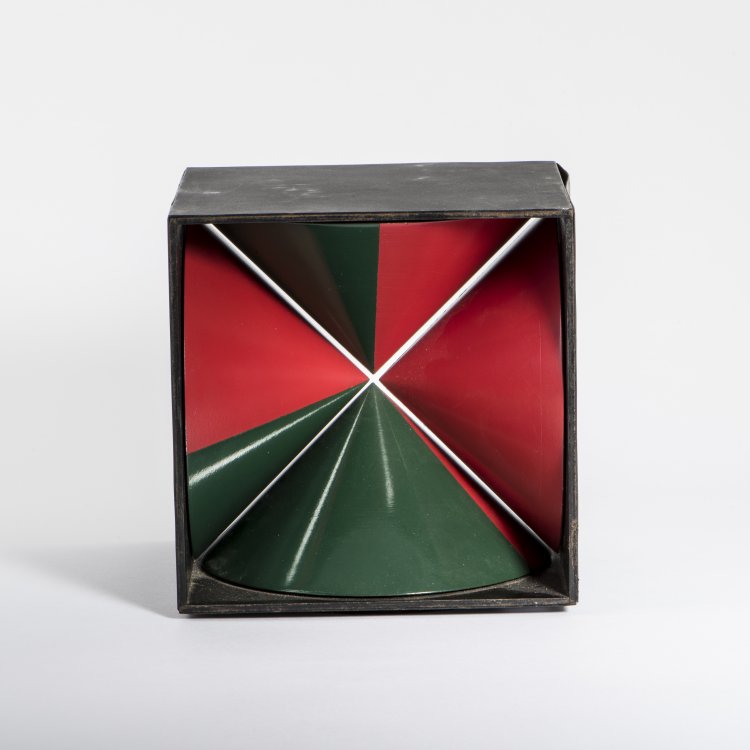 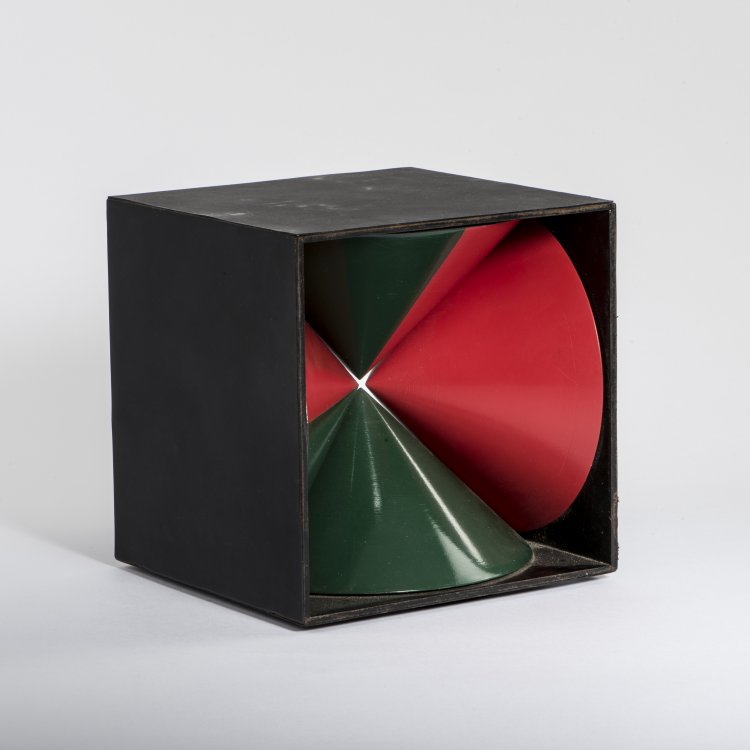 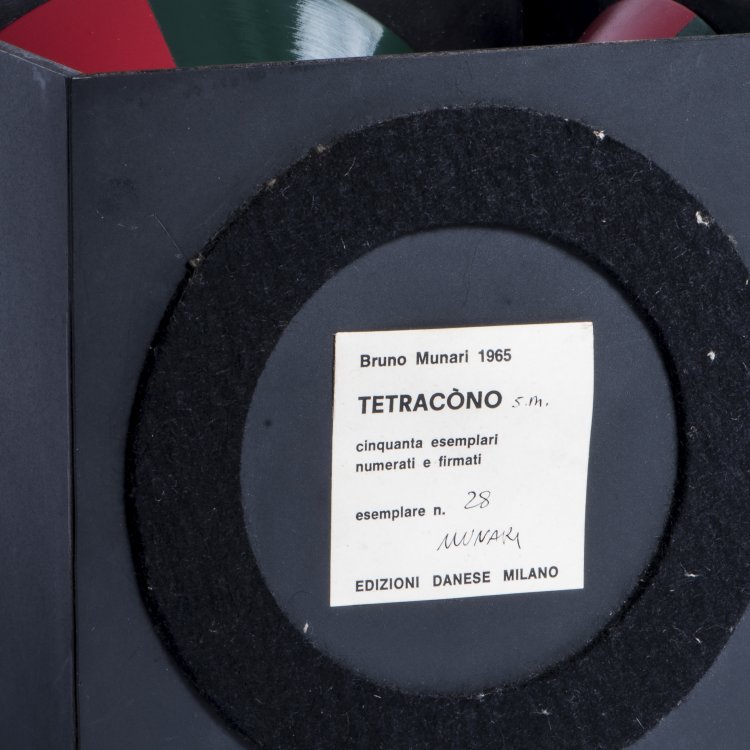 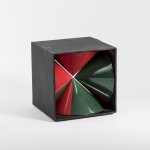 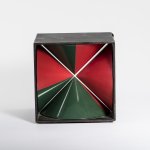 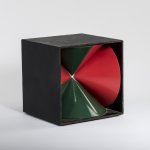 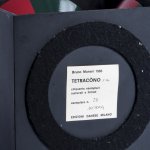 
Bruno Munari, S. 44; Danese Milano 1976, no. 59; From Project to Product, p. 88. The structure of this kinetic object, which was issued by Danese in a 50-piece edition, follows a precisely calculated geometric scheme. A square box contains four cones which can move independently. One half of each cone is red, the other green. Originally, an electric motor rotated the cones. Over a period of 18 minutes, the display then changed from completely green to completely red. Munari consciously designed this fluctuating object as an alternative to works of art of the past, “which led us to see nature as static – a sunset, a face, an apple”. In 1965, the ‘Tetracono’ was presented in the Danese showrooms with a musical performance by Pietro Grossi.