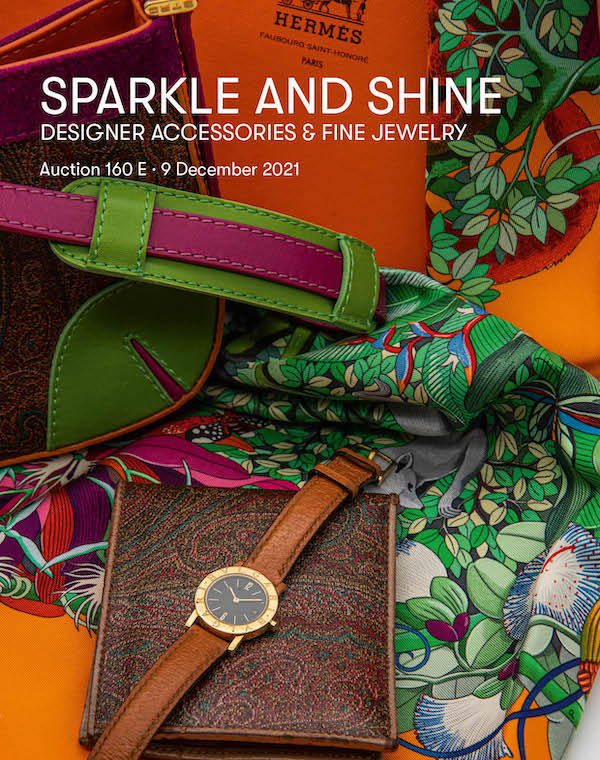 In the auction on 9 December, we dedicate ourselves to the beautiful things in life.

We start with jewelry from the end of the 19th century to the 2000s, abundant with items from the Art Deco period. A true highlight is the rare ladies' wristwatch 'Andine' by Cartier, adorned with numerous diamonds and sapphires, but also captivating with its aristocratic provenance. Separate chapters are devoted to the houses of Bulgari, Hermès and Louis Vuitton. Hermès in particular shows the diversity of the traditional French company, as we offer you a large selection of silk scarves, as well as jewelry and belts with the famous 'H' clasp. The selection is topped off with the large travel bag 'Haut à courroies' from 1991 with an estimate of 6.000 - 8.000€, as well as a white Kelly Bag in size 35 whose estimate is 3.000 - 4.000€. It was made in 2007. To start the chapter, the designer label Louis Vuitton also offers luggage. There are also some limited editions, such as pieces designed by Stephen Sprouse together with Marc Jacobs in 2001, or a handbag and accessories from the 2003 collection designed by the Japanese artist Takashi Murakami, estimated at 700 - 1,000€ and 250 - 350€, respectively. Other renowned designers such as Etro, Gucci and Chanel are also represented in the auction, as well as some colorful garments by Versace. A large part of the lots comes from the same collection as the pieces in the special auction 'Catchy Colors'.