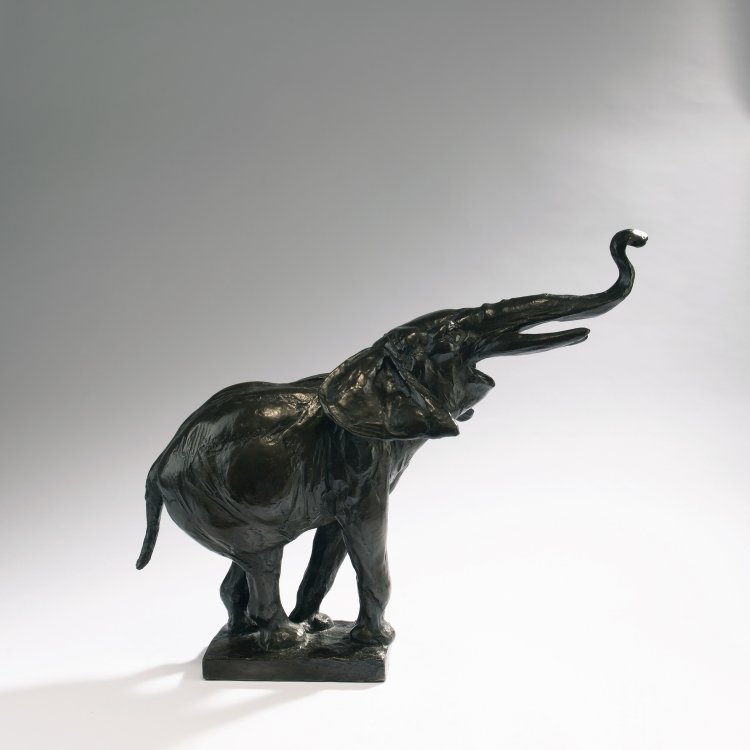 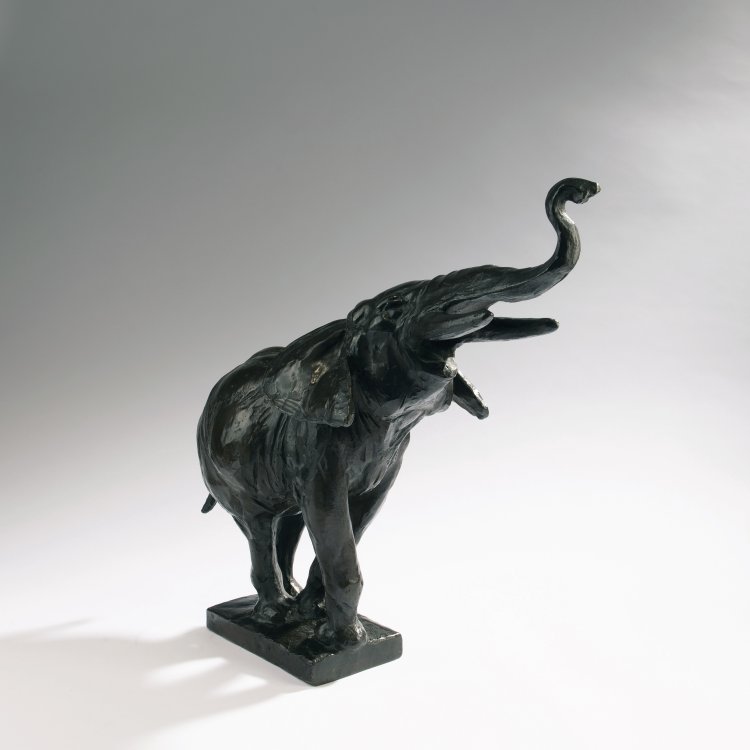 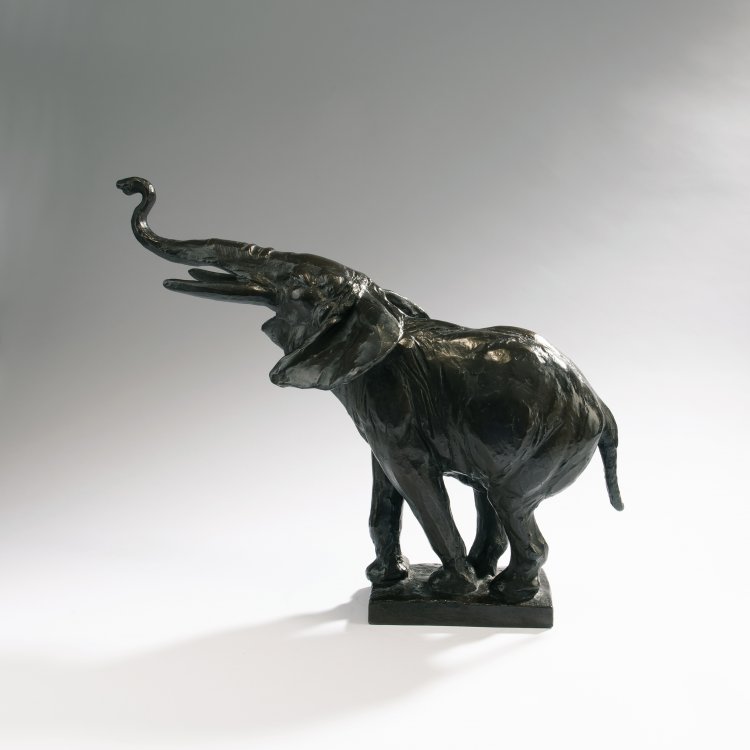 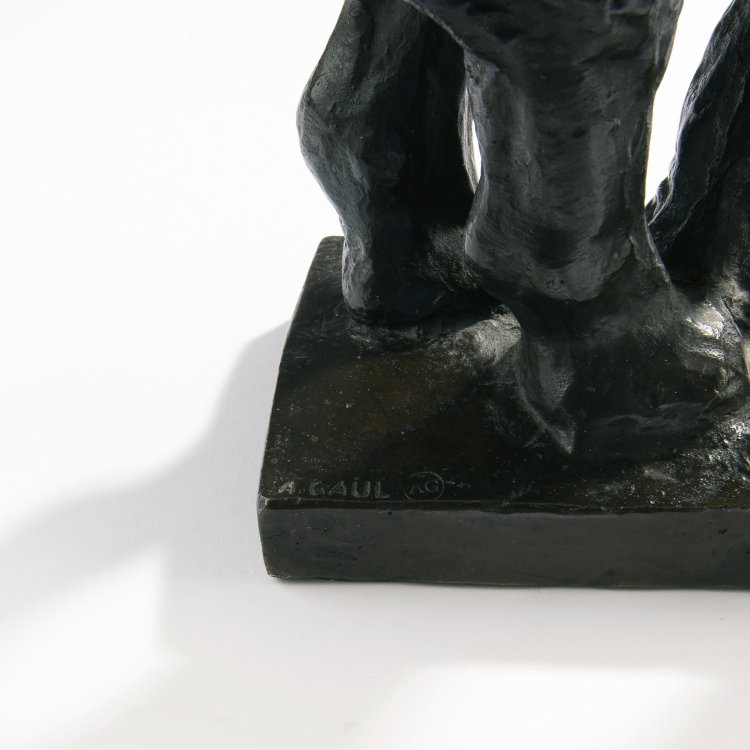 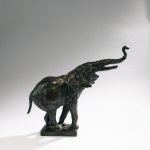 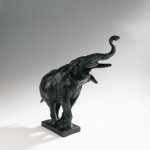 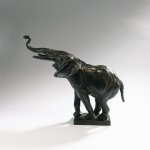 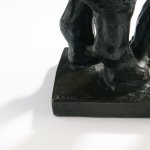 Cast posthumously in the 1930s. H. 41.5 cm. Bronze, dark brown patina. Signed: A. Gaul, AG in a circle (estate signet), signet of Noack Berlin Friedenau. According to Dr. Josephine Gabler the sculpture was cast in the 1930s.

The sculpture was planned as the central figure for the fountain competition at Charlottenburg Steinplatz on the occasion of the 200th anniversary of the city of Charlottenburg. Designed by Gaul as early as 1904-1905, the animal sculpture was cast in bronze only after Gaul's death. Gabler quotes the benevolent voice of the contemporary critic Singer from the Jahrbuch der bildenden Kunst from 1905/1906 on the central elephant figure of the fountain design: "In the middle of the water basin stands the elephant spitting water from its raised trunk. In a naturally wide arc he sprays the jet into the air and the water splashes into the pool." Unfortunately, the fountain design was not realized.