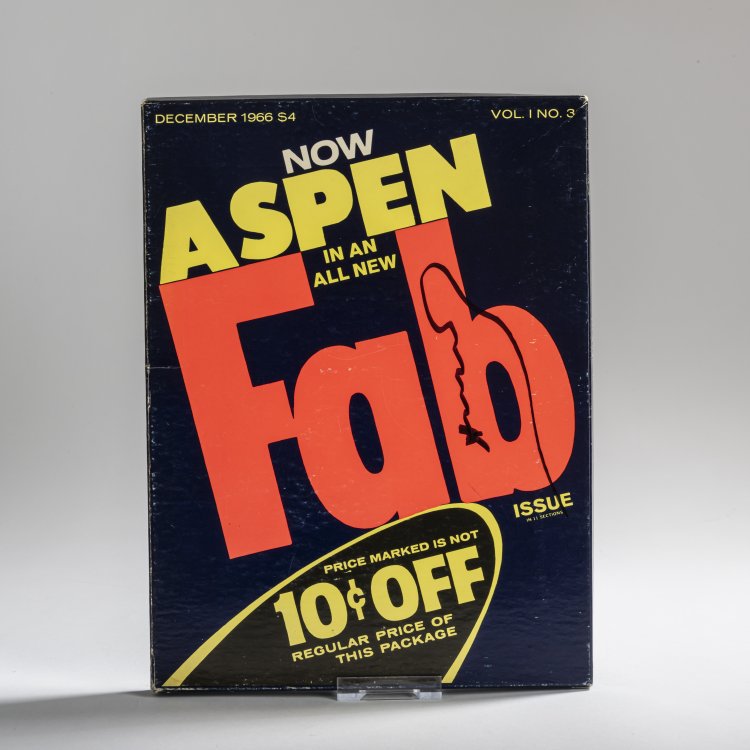 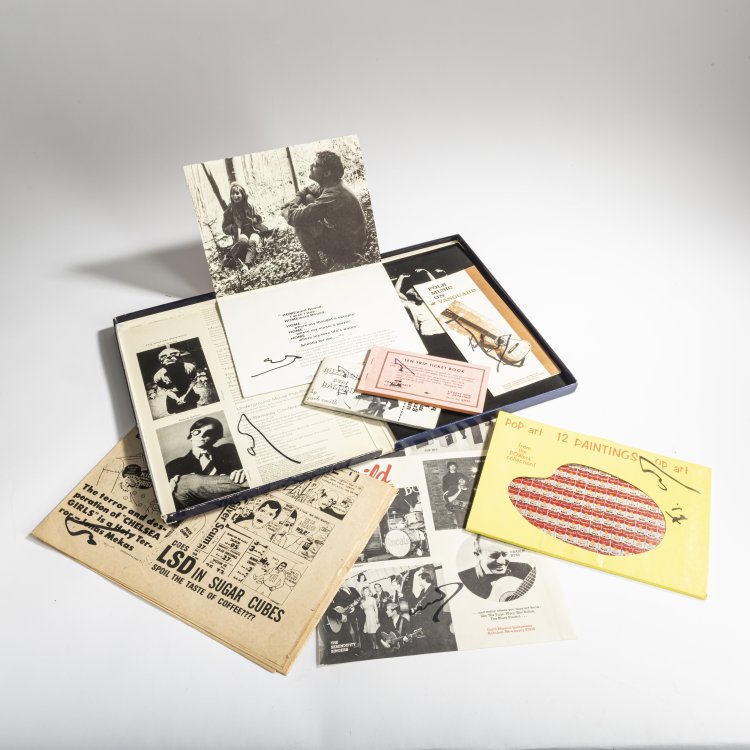 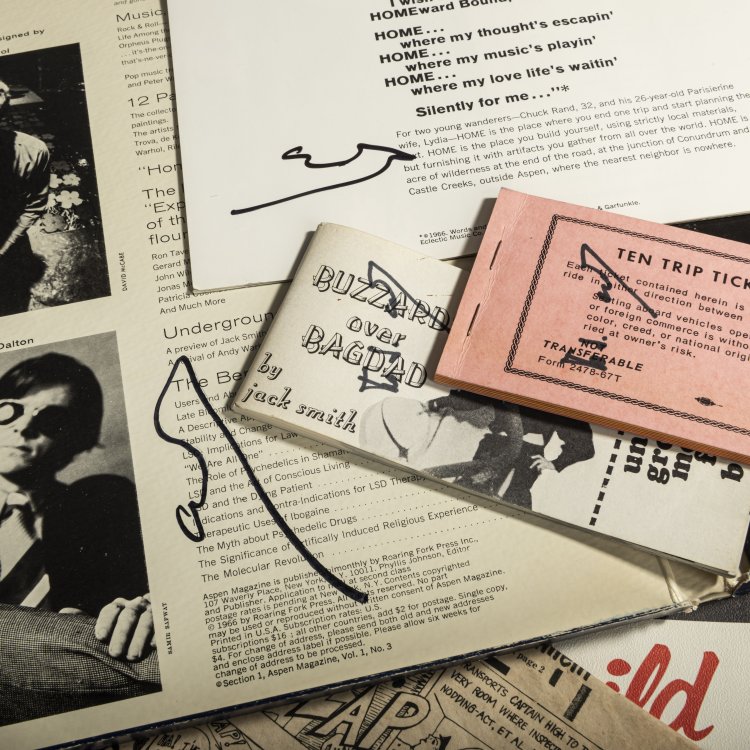 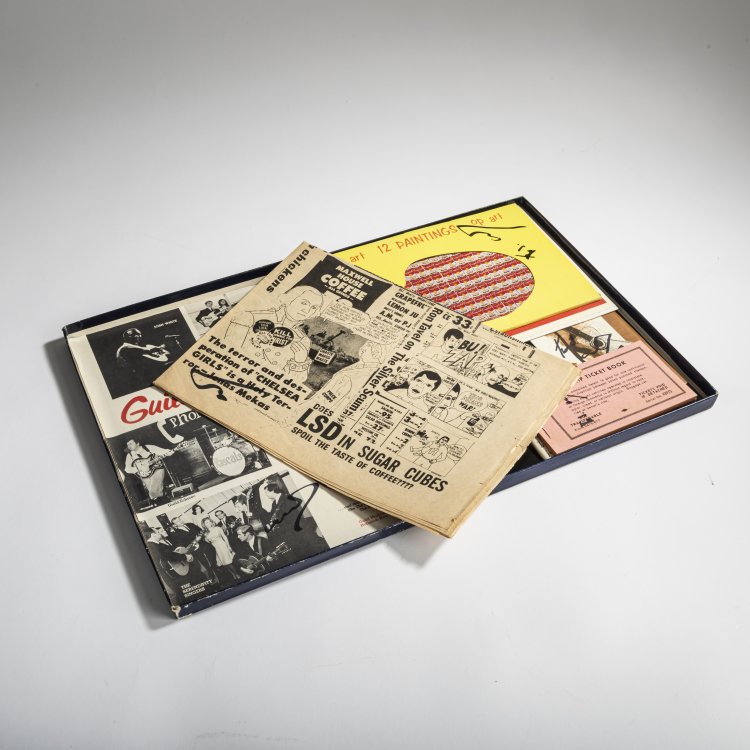 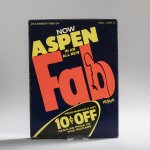 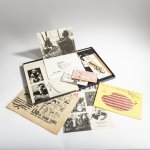 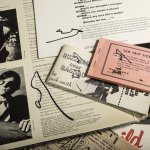 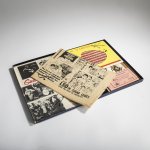 An issue of 'Aspen Magazine - In an All New Fab Issue in 11 sections [the Pop-Art issue].' Volume 1, No. 3. New York: Roaring Fork Press / Phyllis Johnson, December 1966, with the cover title: 'Now Aspen in an all new fab issue'. The box, which is also signed from the inside, contains the following components: Advertising insert from 'Guild Music Instruments'; Andy Warhol's newspaper collage 'The Plastic Exploding Inevitable', 1966; Portfolio '12 Paintings Pop Art - Op Art (from the POWers 'collection)'; 'Ten Trip Ticket Book'; Underground Movie Flip Book 'BUZZARDS OVER BAGDAD' BY JACK SMITH; Season's Greetings brochure; Flyer 'FOLK MUSIC ON VANGUARD'; Folder 'Music, Man, That's Where It's At!'; Single page of the New York Times from April 7, 1966 as well as 2 subscription forms. 31.3 x 32.4 cm (magazine box). All components except New York Times and subscription form signed: Andy Warhol (black fiber pen). Each issue of Aspen - the "magazine in a box" - had a different guest editor. The December issue was designed by Andy Warhol and David Dalton and looked like a box of FAB laundry detergent.