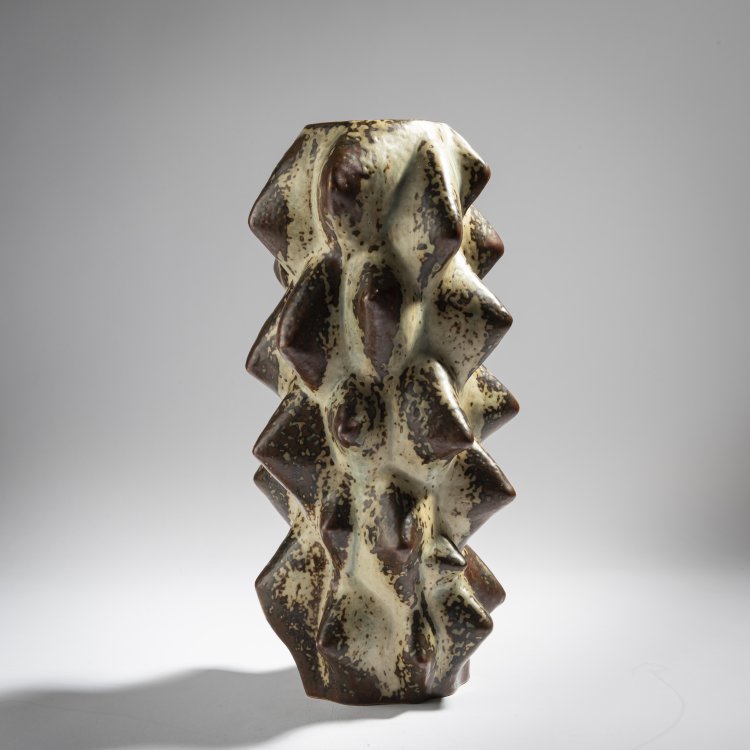 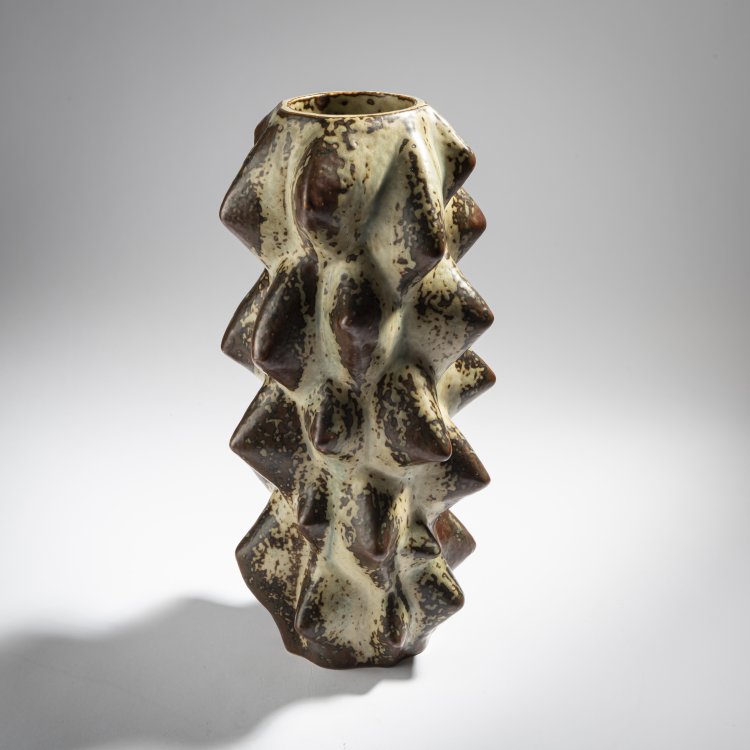 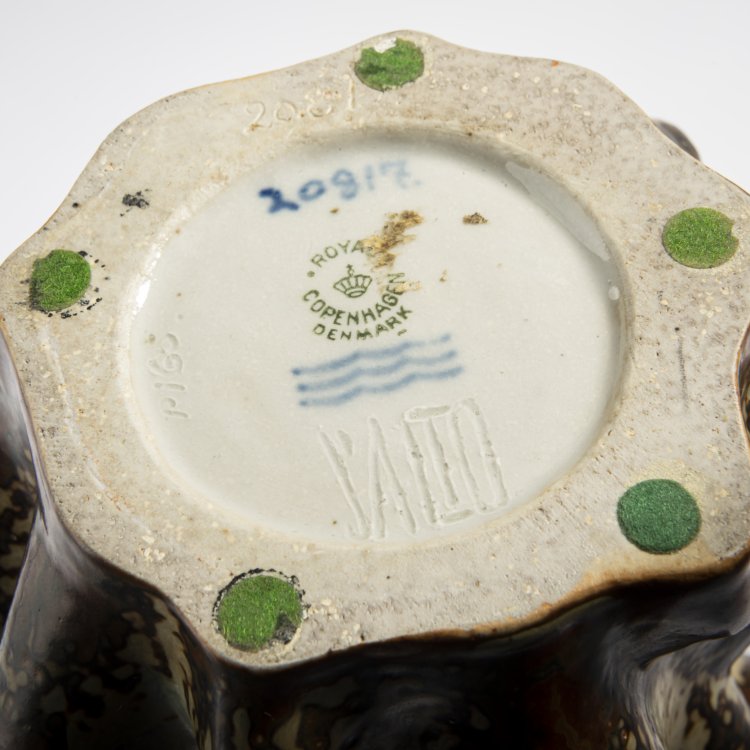 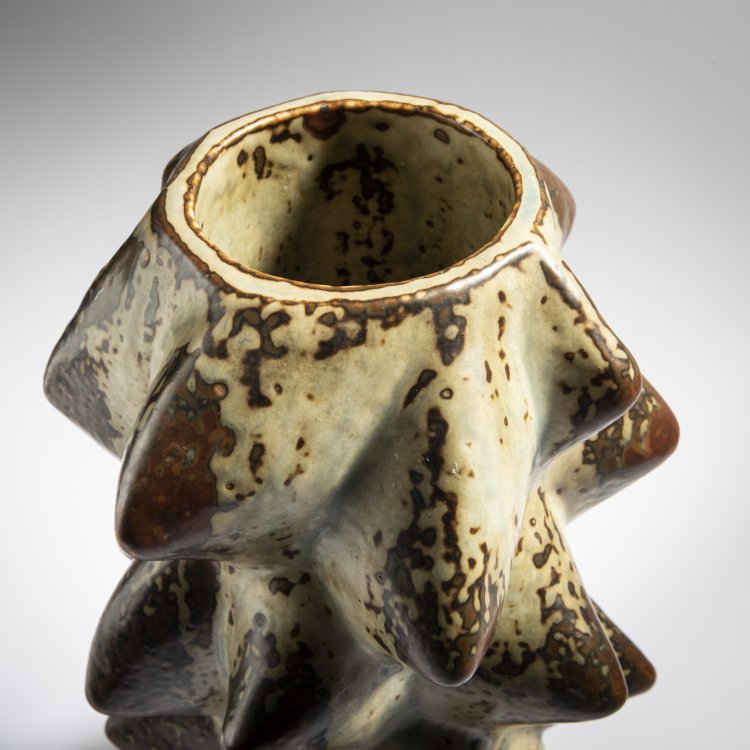 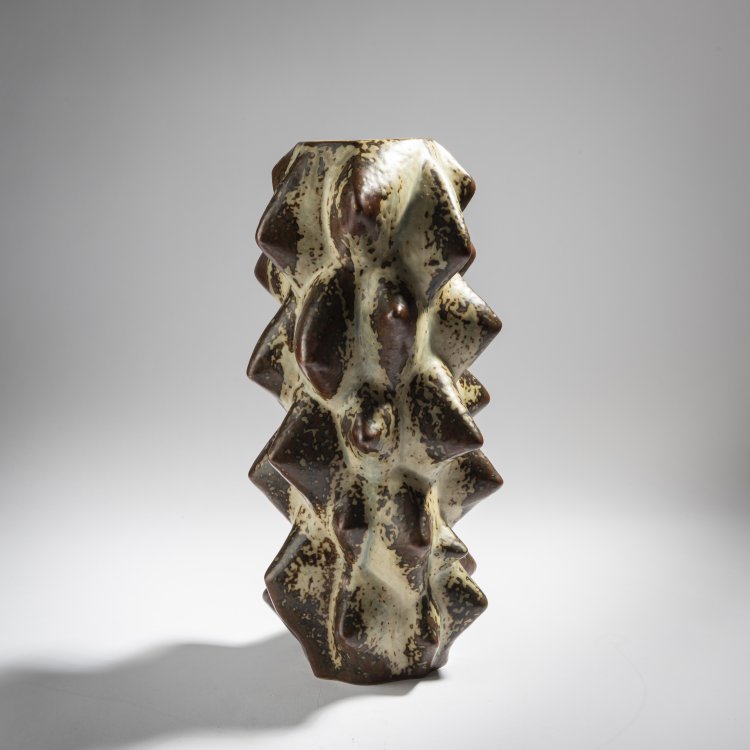 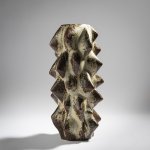 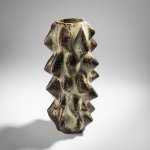 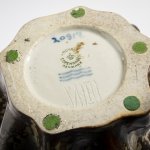 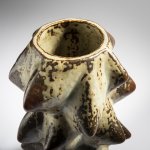 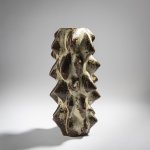 
Axel Salto's expressive ceramic works stand out from the Danish design, which still focuses on functionalism and simplicity. The artist, who belonged to the circle around Picasso and Matisse in Paris until the 1920s, created almost 3000 models for the famous porcelain manufacturer Royal Copenhagen between c. 1930 and his death in 1961. In addition, unique pieces made of stoneware were created, which Salto made himself in his studio in the factory. These vases, sculptures rather than practical objects, were not turned on a potter's wheel, but built by hand, partially modeled from the inside out. Salto created bizarre, organic vessels, in which, with just a little imagination, one can recognize models from flora and (micro) fauna. The glaze does the rest, it has to make its way over the hills and valleys of the body and spreads involuntarily, translucent and opaque, liquid and pasty and is fixed by the firing. Salto's works are exhibited in the Victoria & Albert Museum in London and in the New York Metropolitan Museum of Art. The largest collection is in the Danish museum CLAY,which dedicated a comprehensive retrospective to Salto in 2017 with the title Axel Salto, Master of Stoneware.