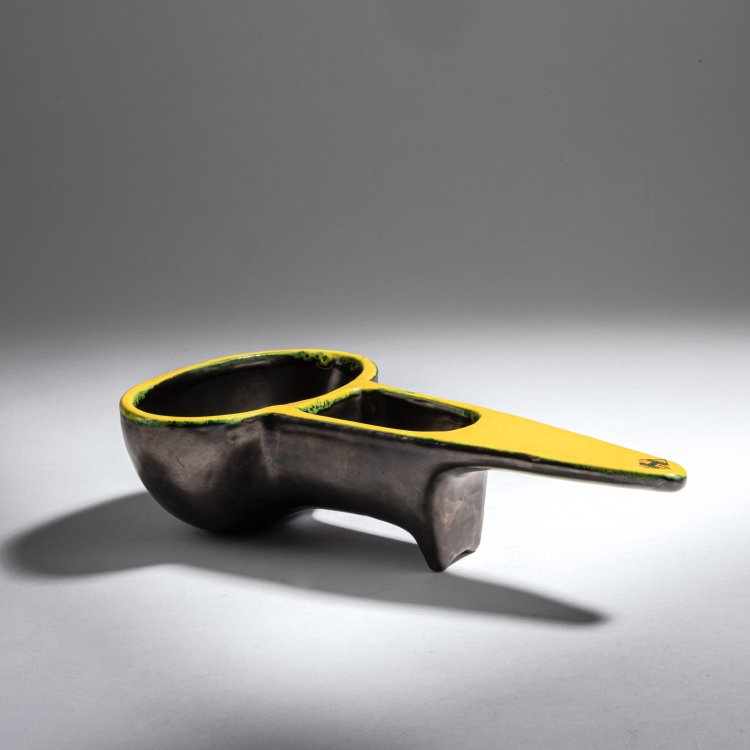 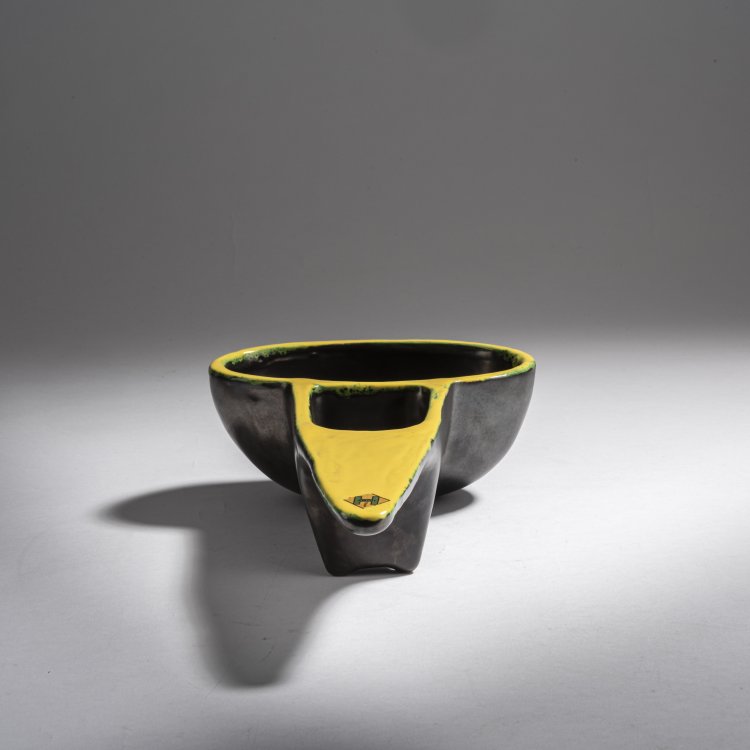 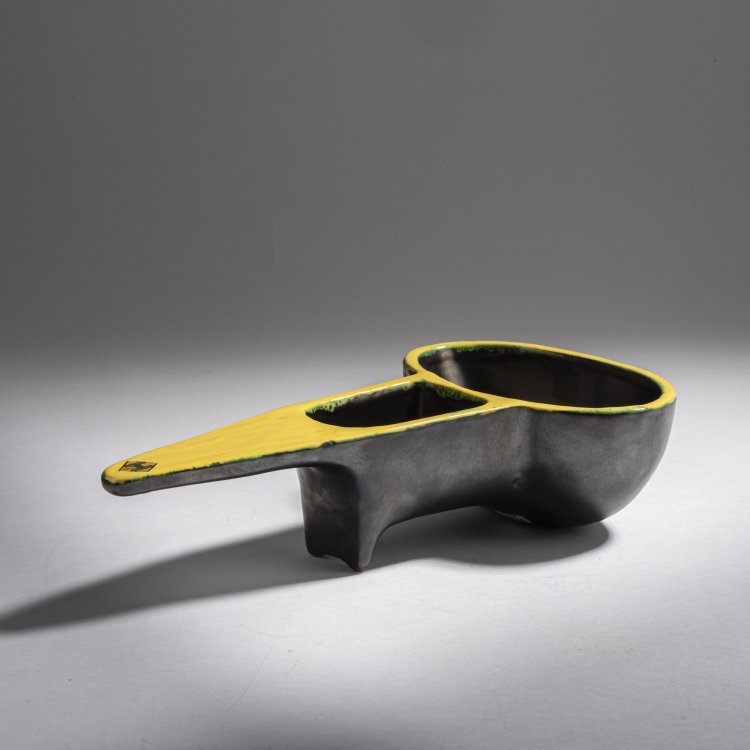 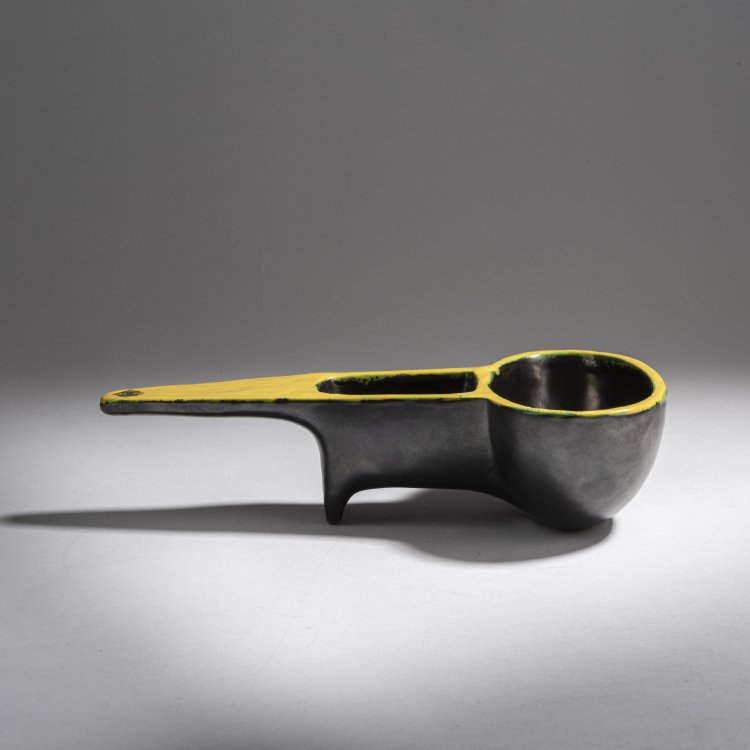 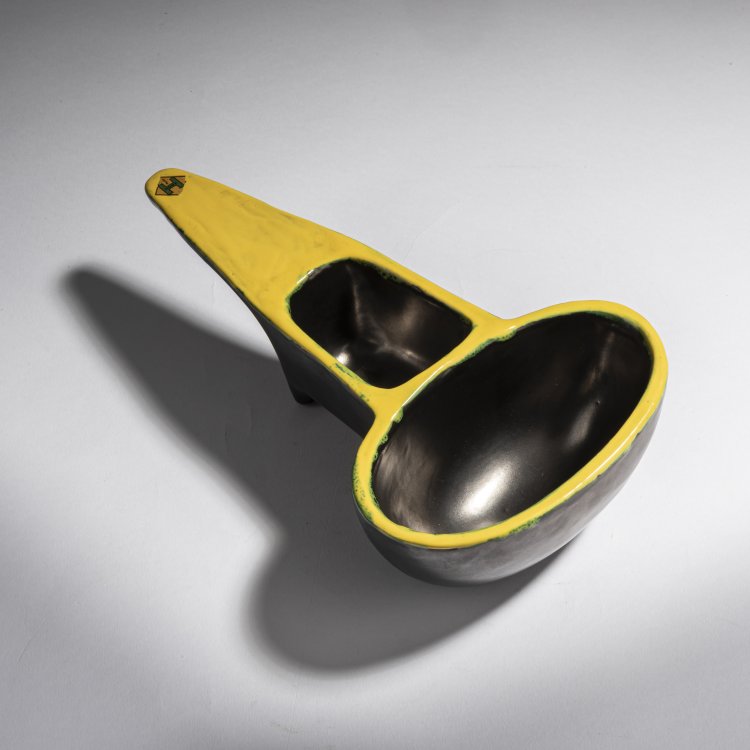 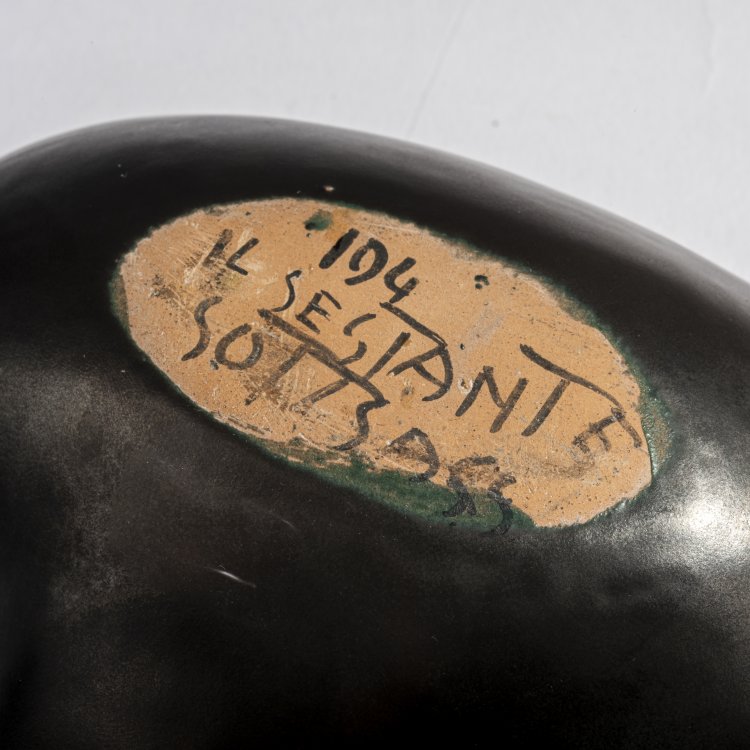 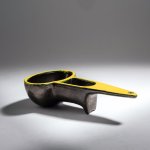 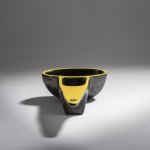 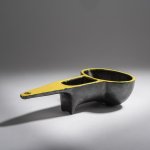 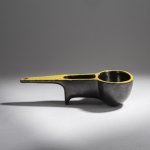 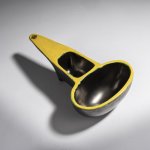 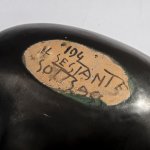 
Ferrari, Sottsass 1000 Ceramics, Turin 2017, p. 74, no. 326; Domus no. 345, August 1958. The two ceramics by Ettore Sottsass were created in the late 1950s and were part of a series that Sottsass designed for the Milanese gallery Il Sestante, which was founded in October 1958 by Marisa Scarzella and Lina Matteucci. The rare lidded jar (89) with its coarse-pored glaze is reminiscent of the 'Ceramiche di Lava' series created two years earlier and was also produced by Bitossi in Montelupo. The model, of which only 24 copies exist, was designed in several colours, whereby the designer always left the porous outer surface lava black. The hand-formed candy bowl (88) appears at first glance to be less colourful, which is rather a rare occurrence in Sottsass' ceramic designs. Apparently glazed only anthracite grey with a yellow edge, the green oxide glaze comes to light in some places upon closer inspection, thus proving Sottsass’ masterful handling of colours and techniques. The complex shape of the bowl is also very typical for his work. Sottsass strove to lend his objects a sculptural character, combining art and design.