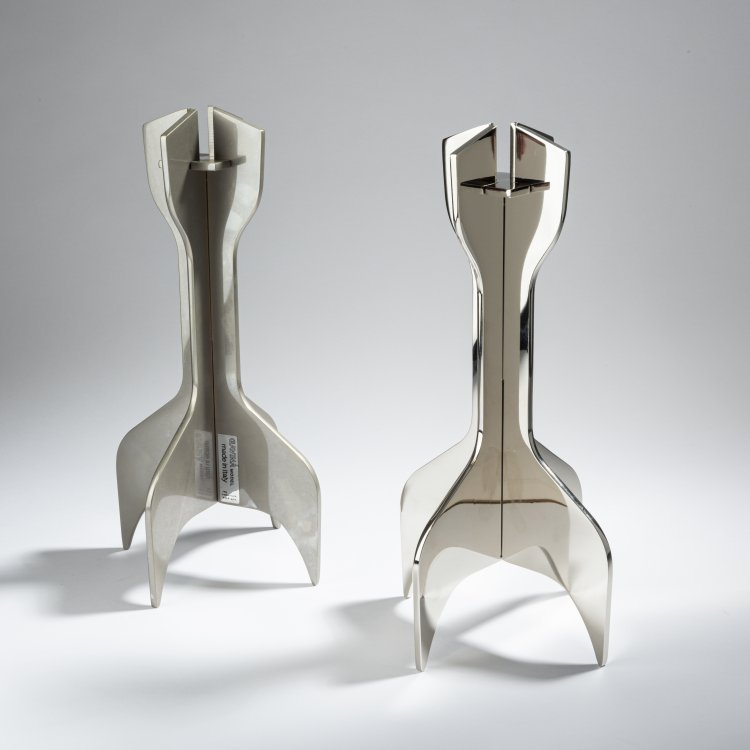 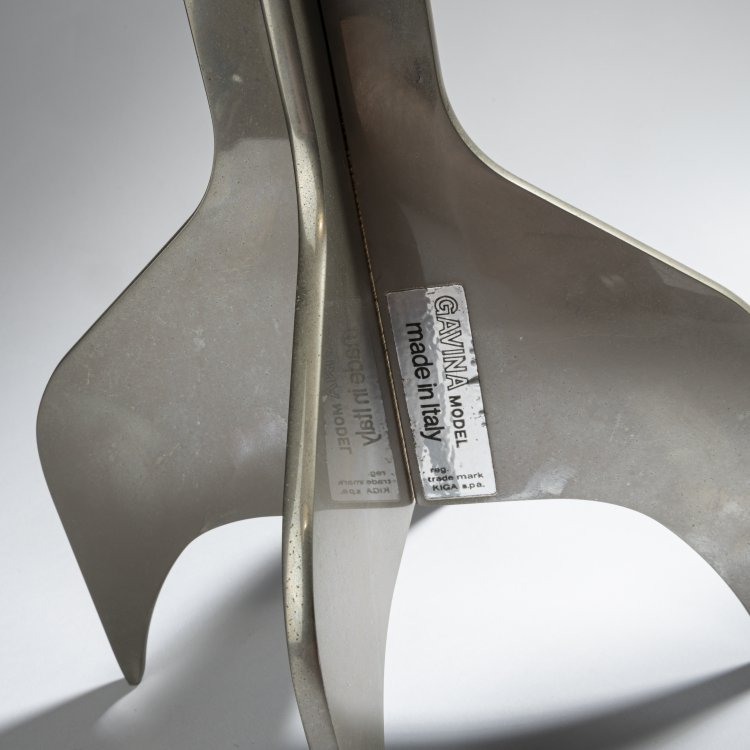 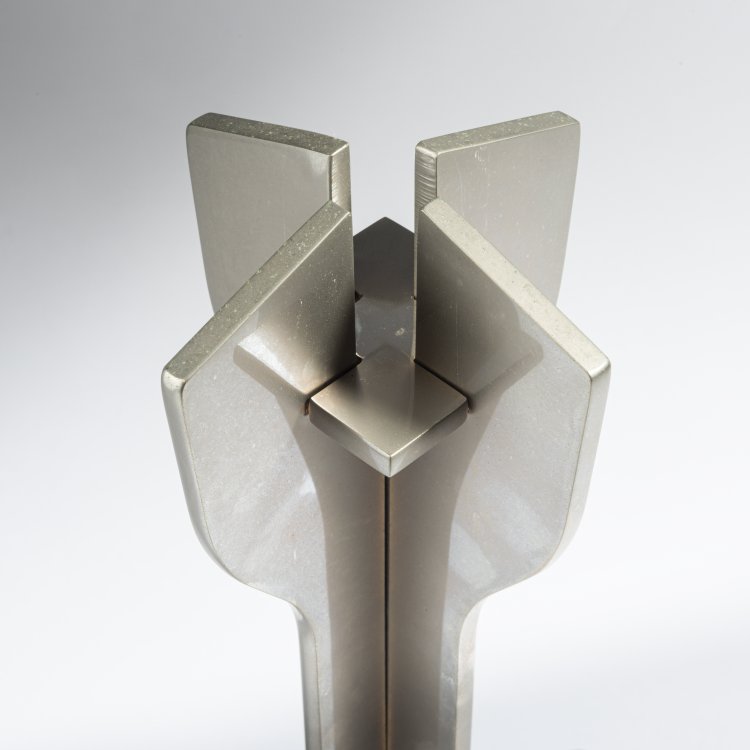 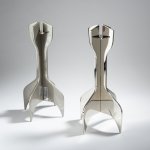 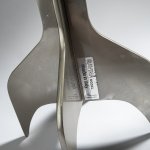 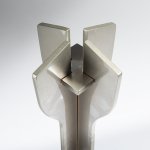 Three-part connector system, based on the design of a tower for the IBM research centre in La Gaude near Nice, Côte d'Azur, which Breuer realized together with Robert F. Gatje between 1956-60. He developed pillars for the building, which he later used more often in his buildings. The candlestick shows the original design even more clearly, with much more pronounced arches and tips that had to be softened in favour of the statics.