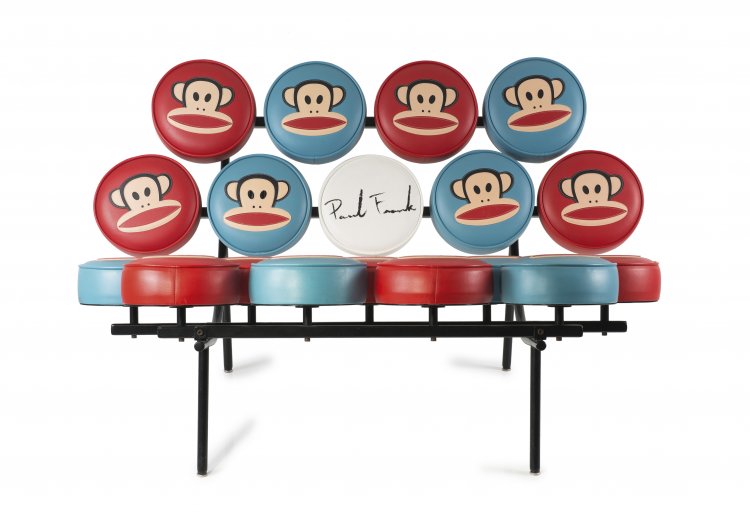 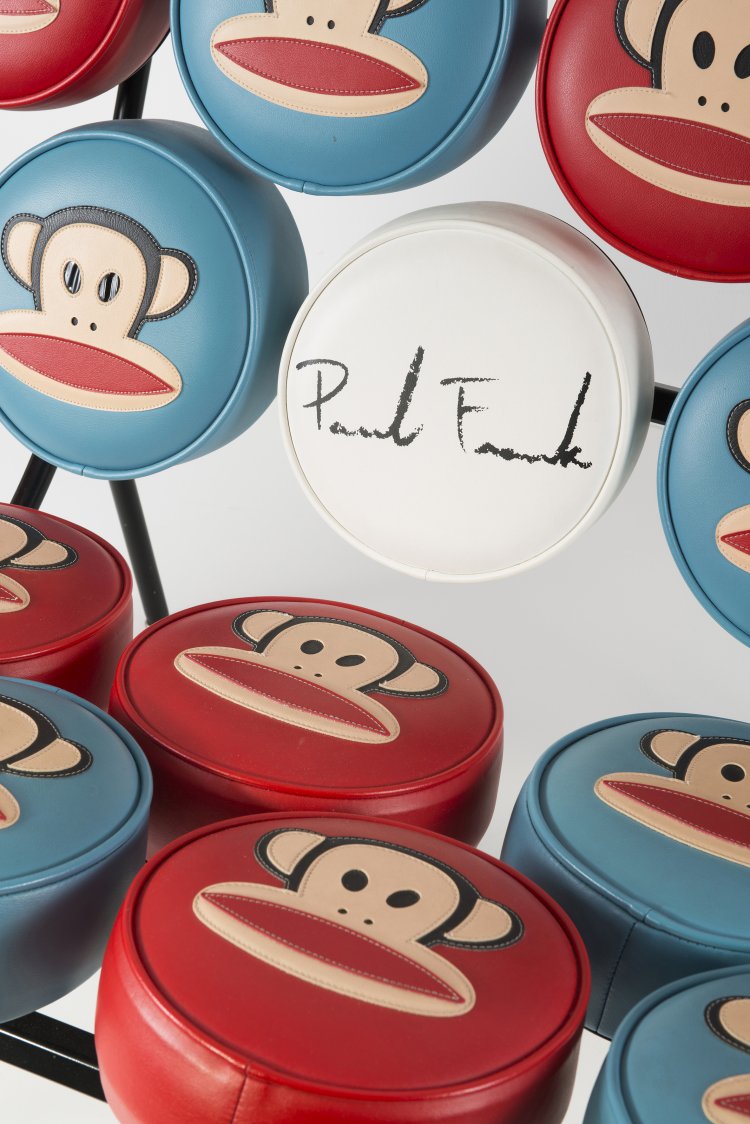 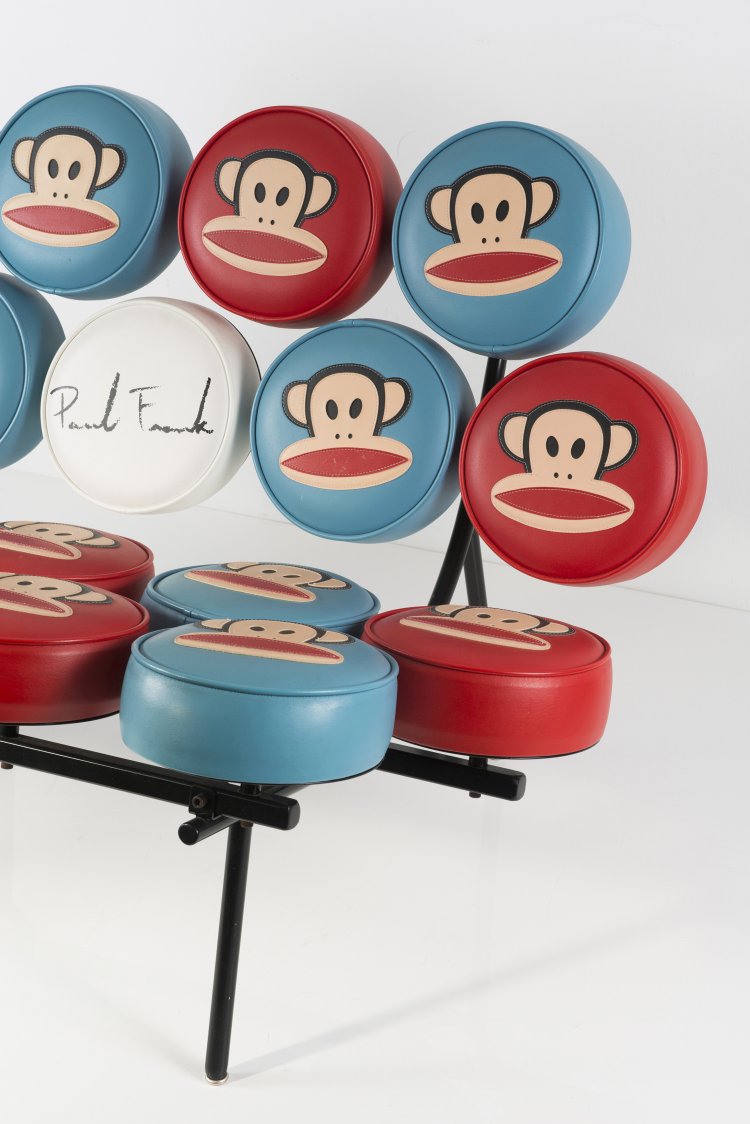 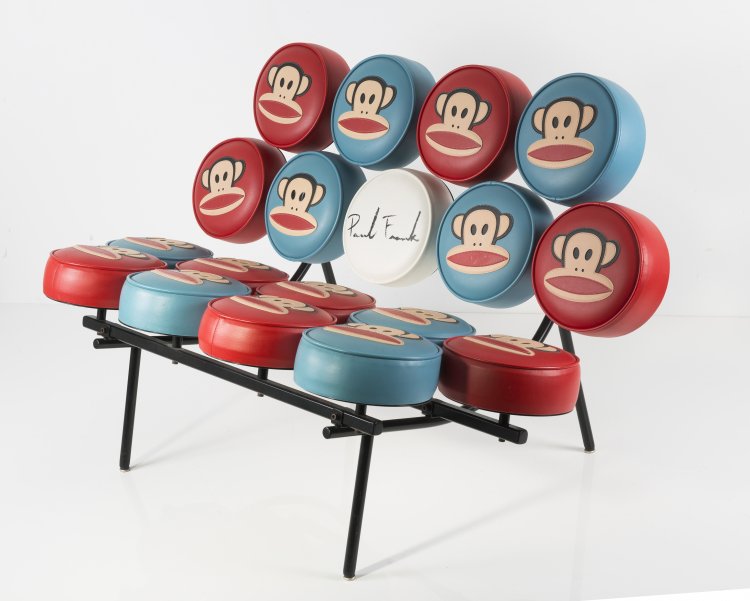 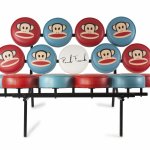 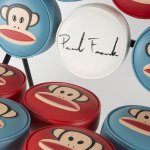 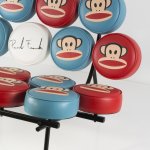 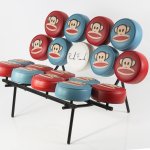 The couch was designed in 1956. This exemplar was made around 1995. With Paul Frank's typical 'Julius' monkey face, only 20 pieces are said to have been produced.