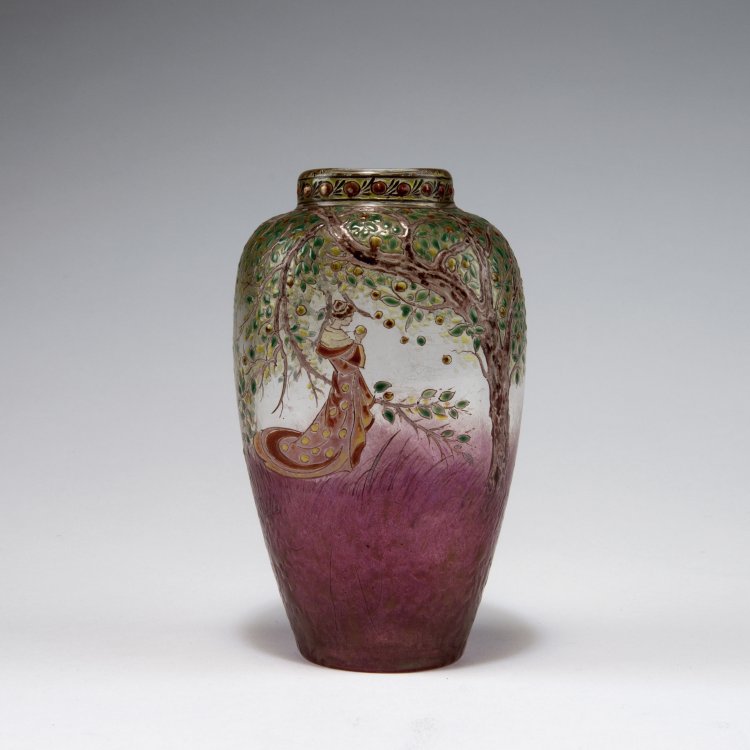 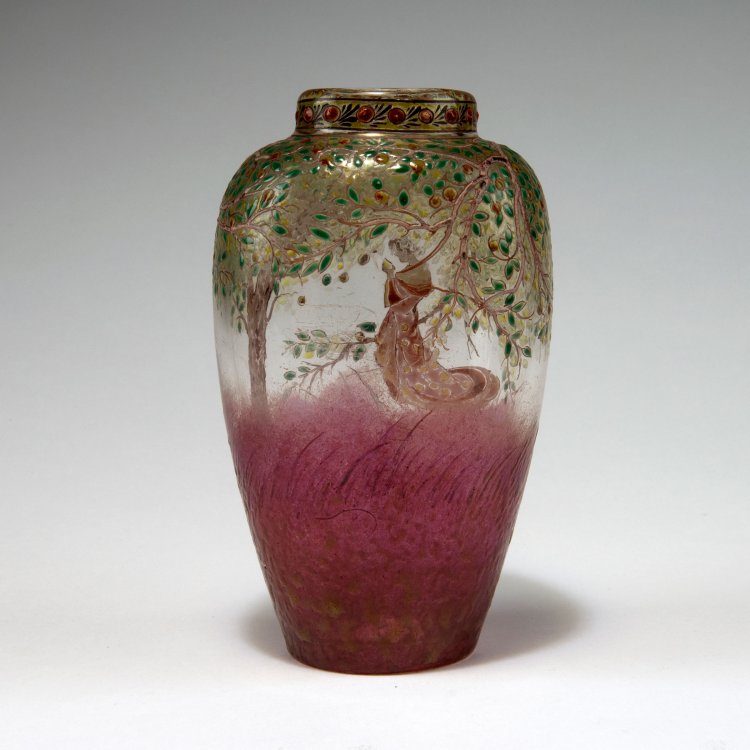 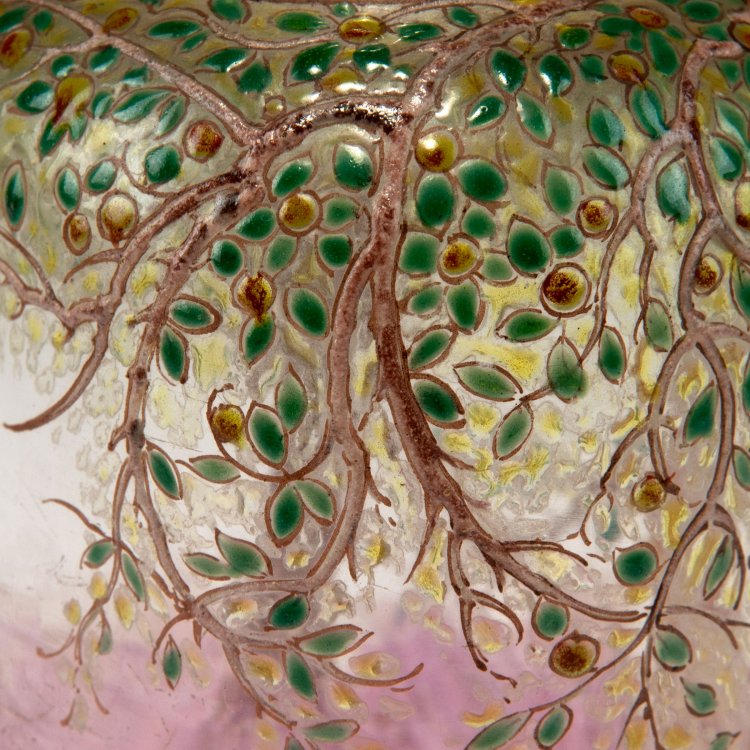 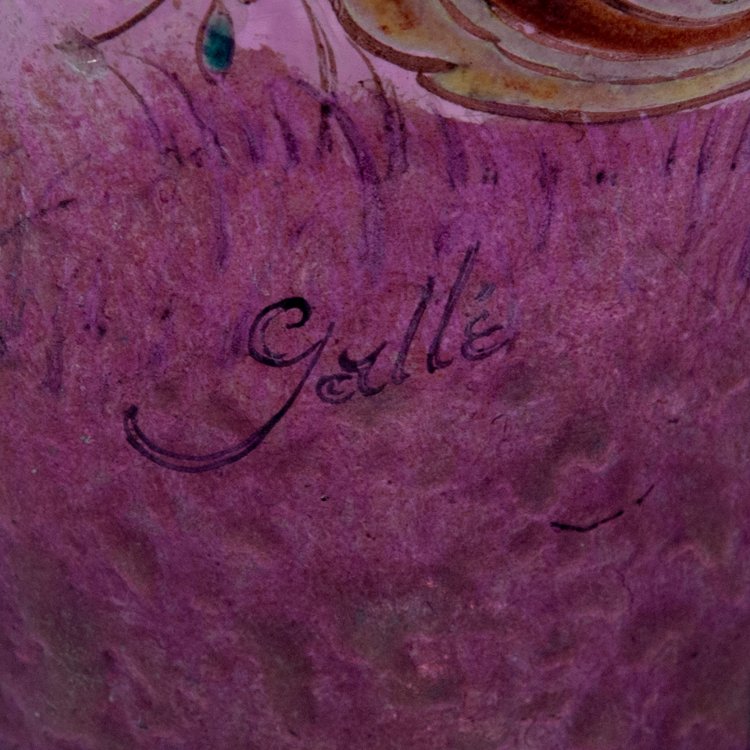 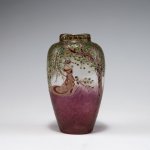 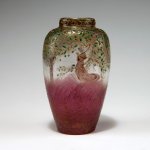 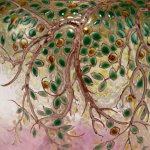 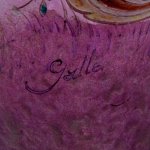 Rare vase with Eastern Asian figurine, after a sketch by Louis Hestaux, 1885-90

Minute wear to the back side; otherwise impeccable condition.. Provenance: Gallé family.