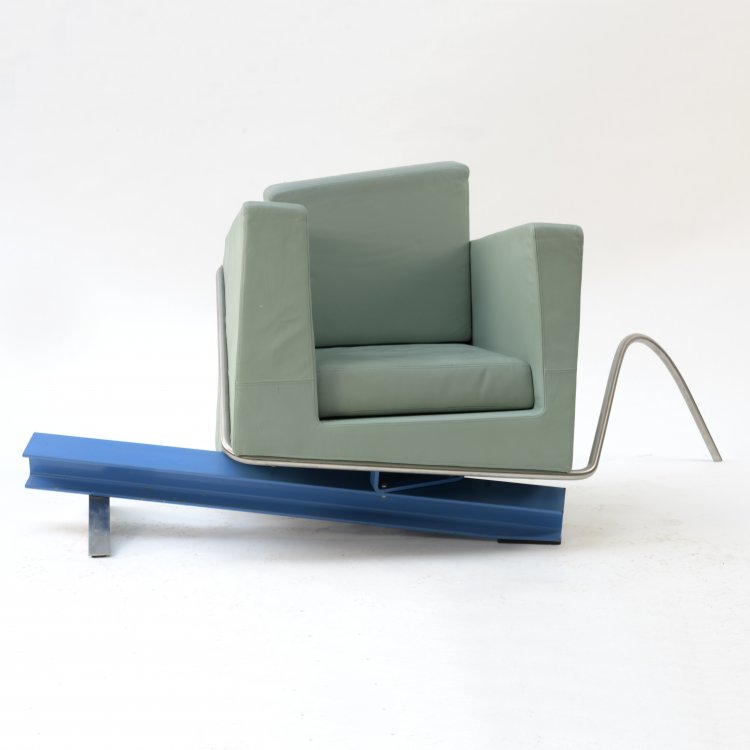 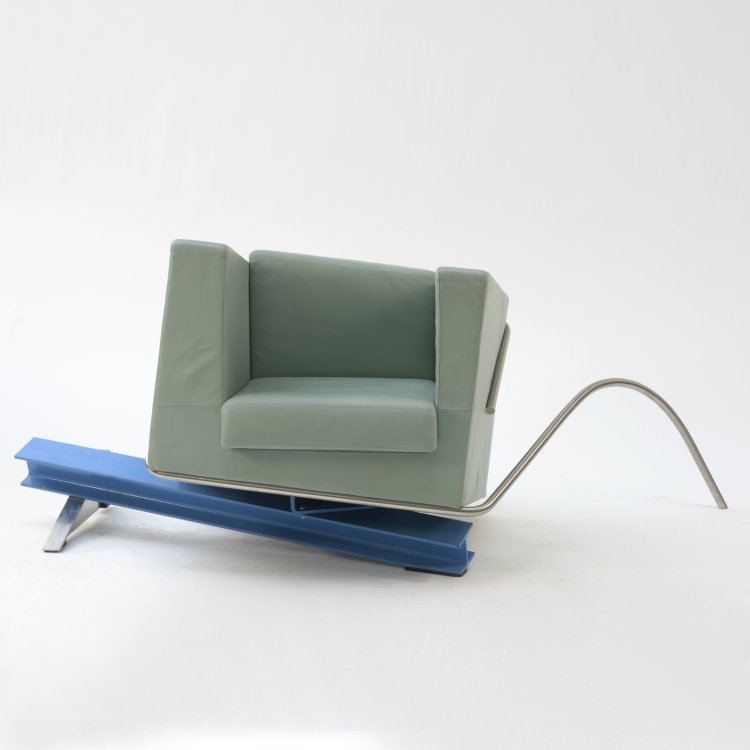 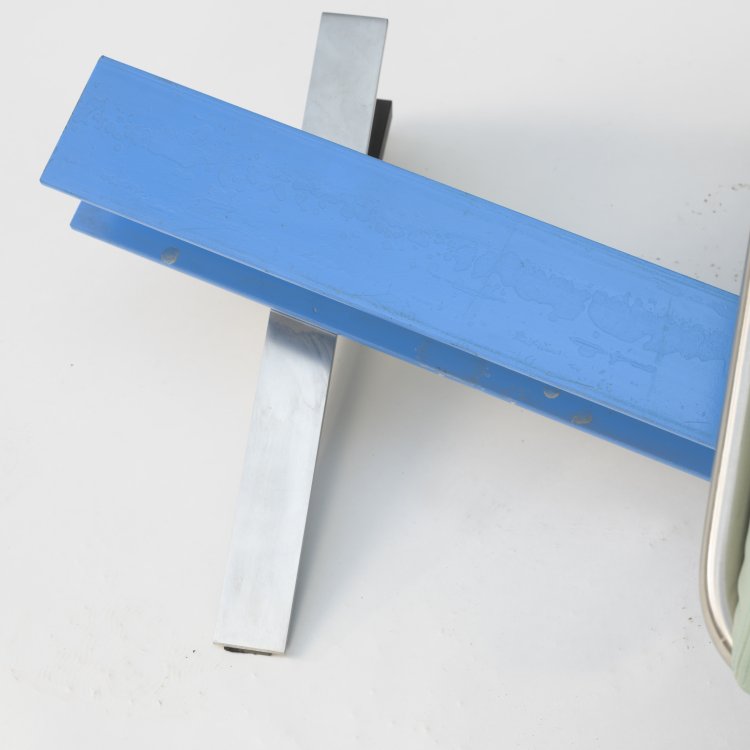 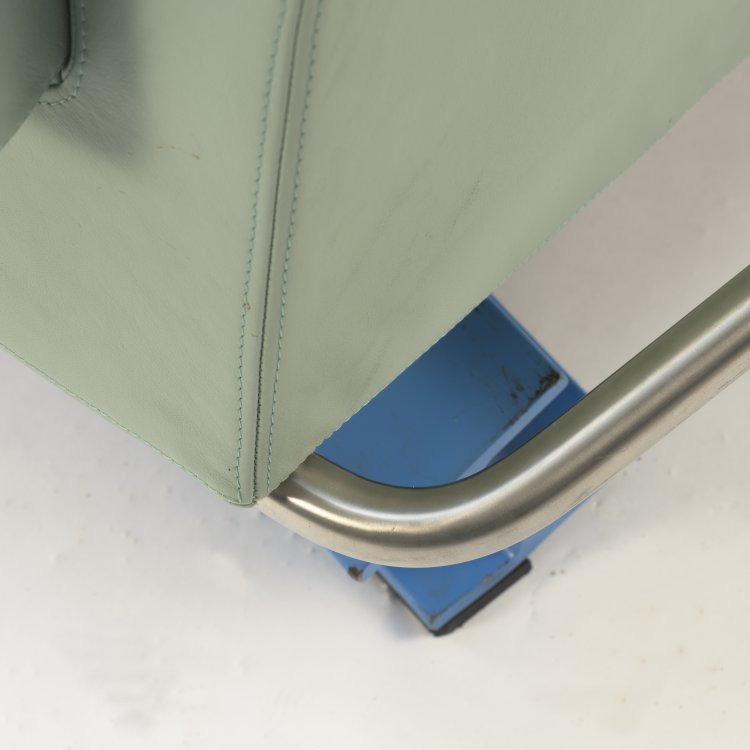 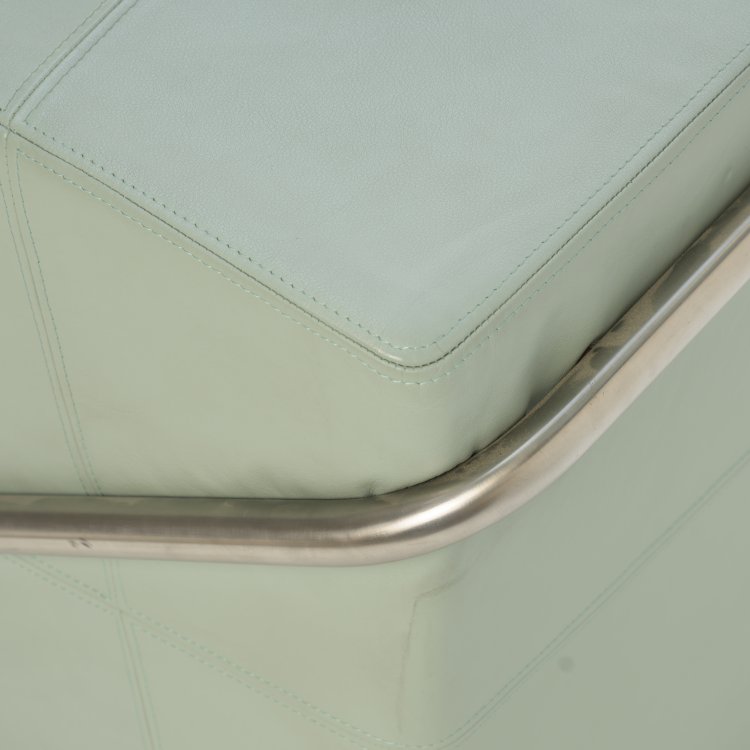 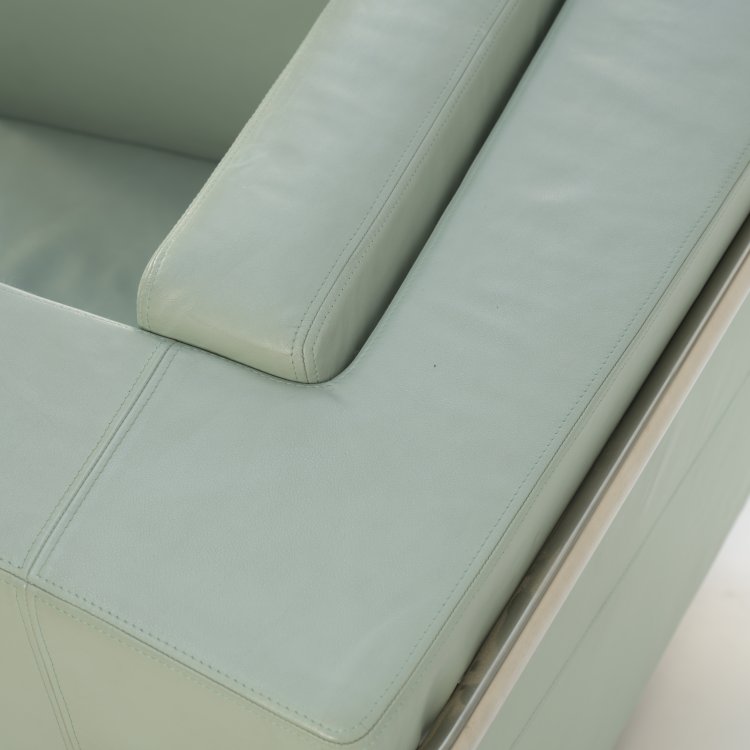 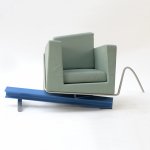 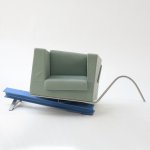 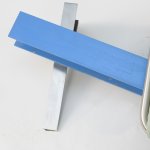 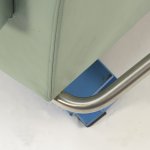 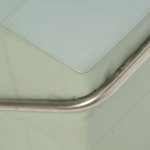 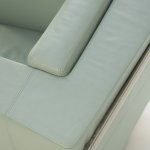 From a limited edition of 20, built between 1989-93. Helmut Swiczinksy and Wolf D. Prix from the Austrian Coop Himmelb(l)au belong to the group of deconstructivists. The movement breaks completely with pure functionalism. In the process, structural shells are taken apart and the components reassembled in an unusual way. The 'Vodöl Himmelblau' armchair is the first attempt by Coop Himmelb(l)au to deal with the classic forms of modernity. They take the 'Fauteuil grand confort‘, designed by Le Corbusier, Pierre Jeanneret and Charlotte Perriand in 1928, as their starting point. This chair is strictly kept form-follows-function' square. The tubular steel frame delimits precisely the upholstered cushions placed one on top of the other. The 'Vodöl Himmelblau', on the other hand, sits on a double T-beam, a beam Ludwig Mies van der Rohe liked to use in his buildings; it looks crooked, balancing in the inclined position. The steel tube that actually should define the shape is bent on one side, apparently without any function. One hardly dares to sit down! The steel springs attached under the seat offer enough support and provide gently swaying, cozy seating comfort, though. The name is owed to the Viennese dialect, the French “Fauteuil” becomes “Vodöl”, the - rather greenish - color of the leather armchair is simply called “himmelblau” as a wink to the creators.