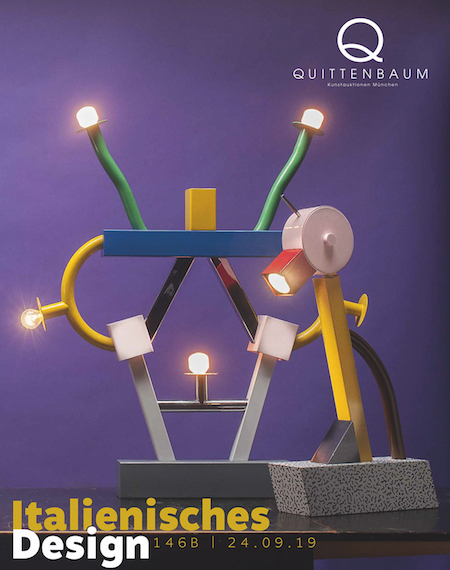 Following the auction 'Danese Milano & more', more classics of Italian design were auctioned, with around 250 designs from the 1920s to 2007 being offered. Furniture and lights from all decades were in high demand. The four-part dining room furniture by Osvaldo Borsani from the 1930s, which was called up in individual lots, could be sold almost completely. Especially in demand was the small walnut console table covered with green kid leather, which went to a new owner for 5,016 EUR.

Gio Ponti's chairs and armchairs were also well received by an international clientele. Two fireside chairs, estimated from 1,800 to 2,500, generated proceeds of 3,960 EUR, the two armchairs 'Hotel Bristol Meran' were sold for 5,019 EUR.

The highlight of the auction was the secretary 'Panoplie', a collaboration between Gio Ponti and Piero Fornasetti, which passes into the possession of a museum.

Exciting bidding battles broke out around several coffee tables this time. The black-grey marble table 'Jumbo' by Gae Aulenti more than doubled its estimate and was allowed 6.336 EUR from a bidder. Equally popular was the side table 'Tankette' from the 1980s by Paolo Pallucco (proceeds 3,432 EUR).

Unsold lots can be purchased until October 25th.