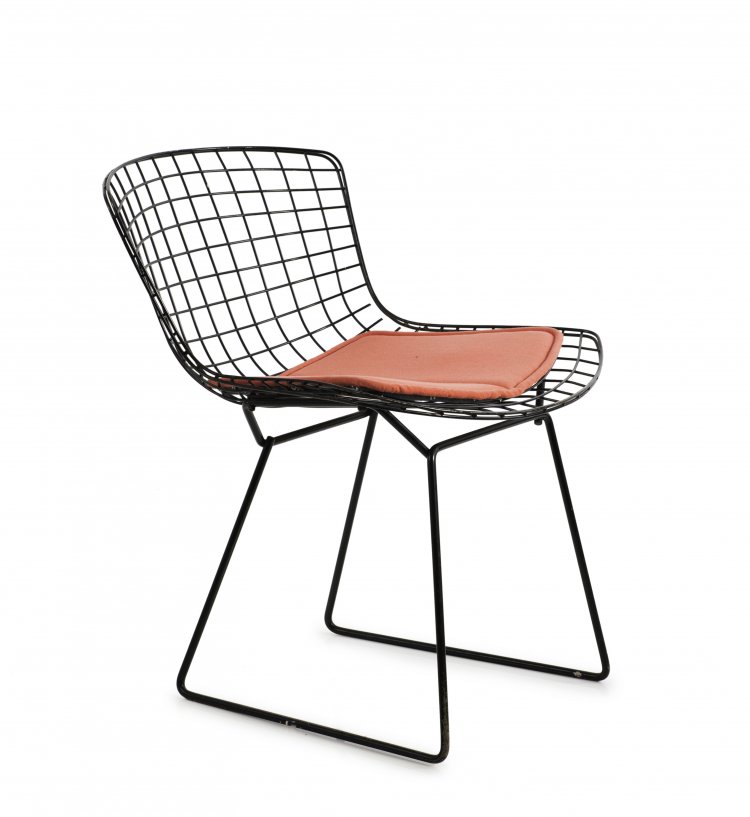 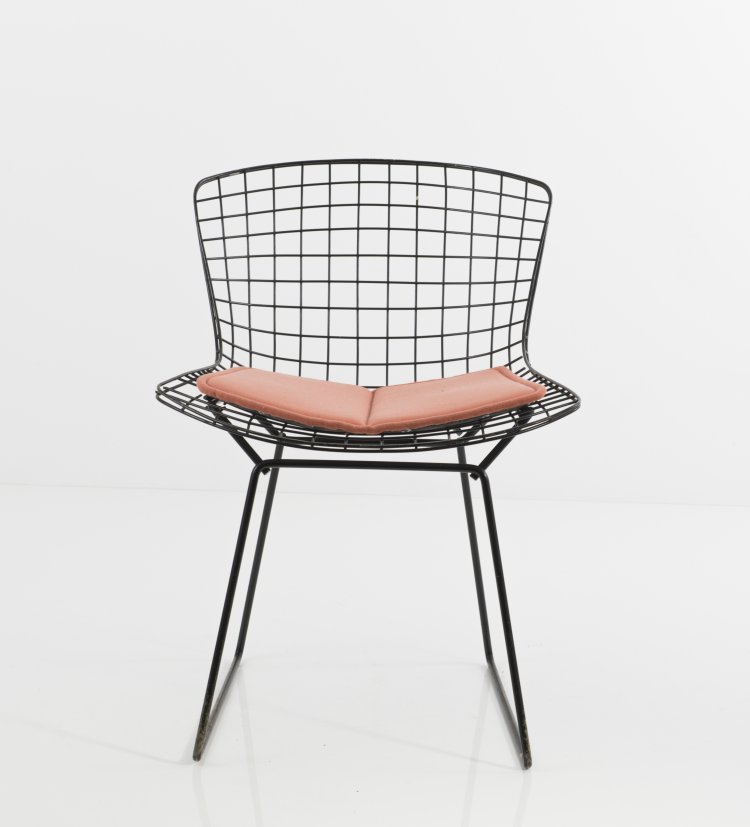 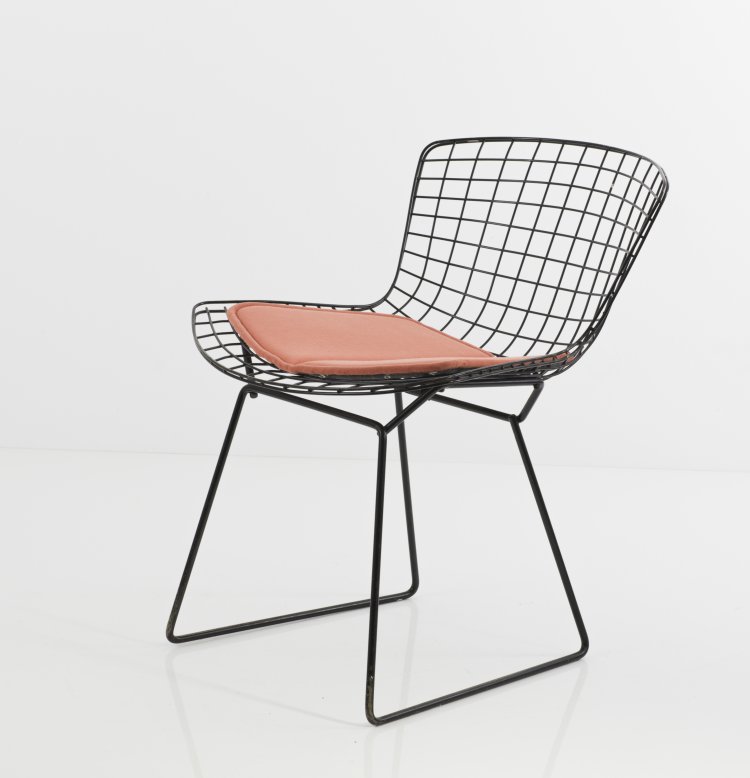 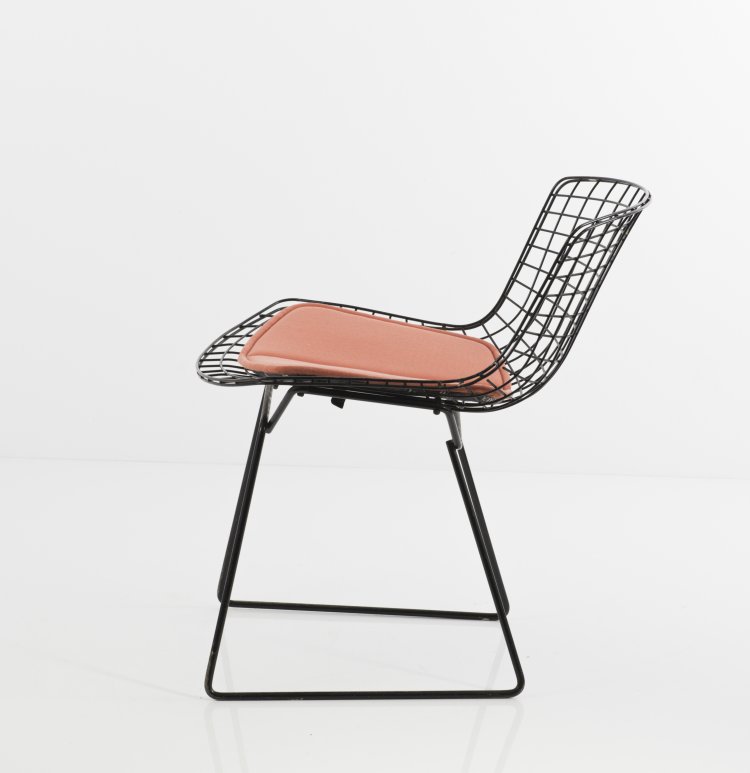 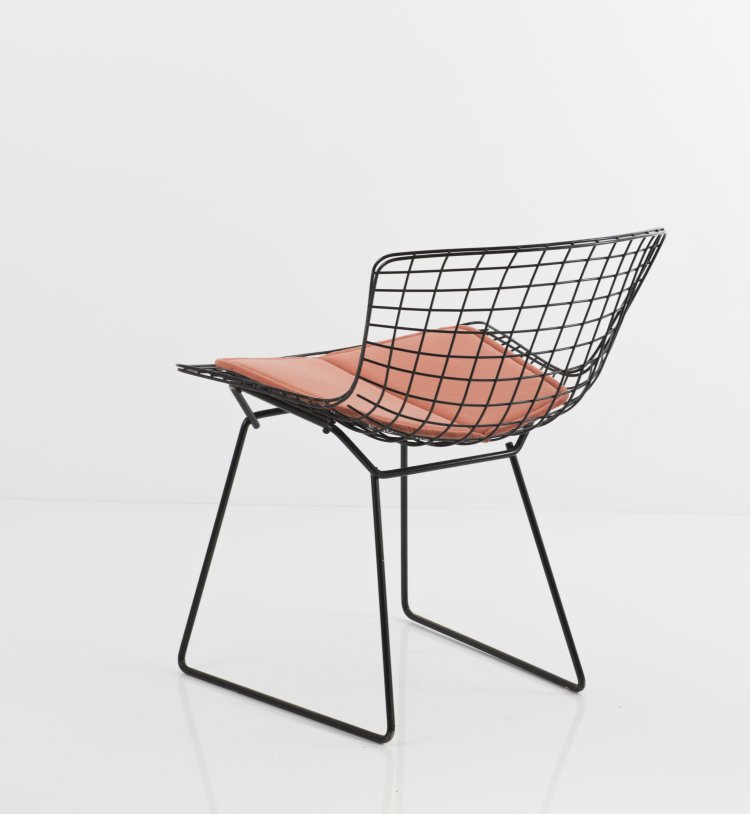 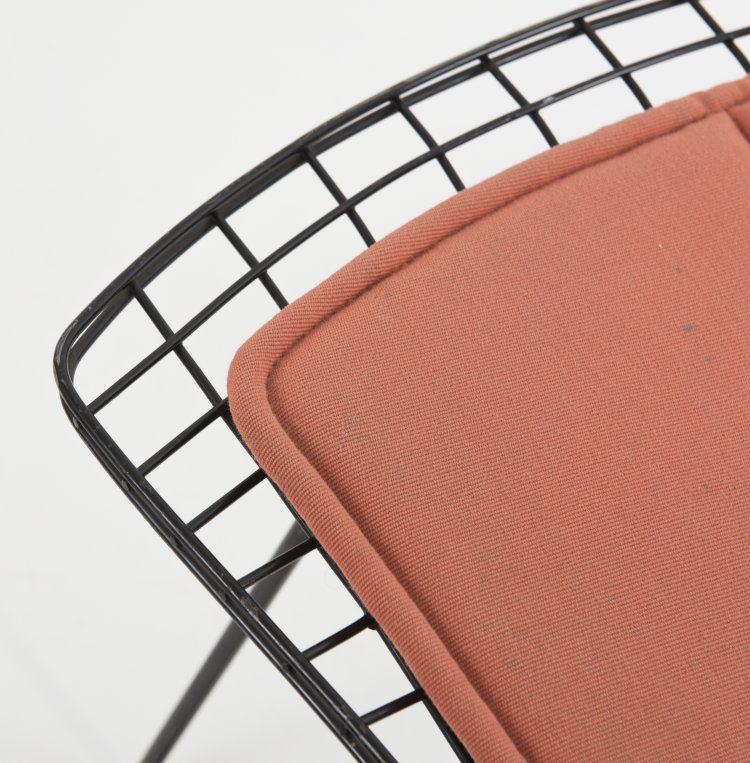 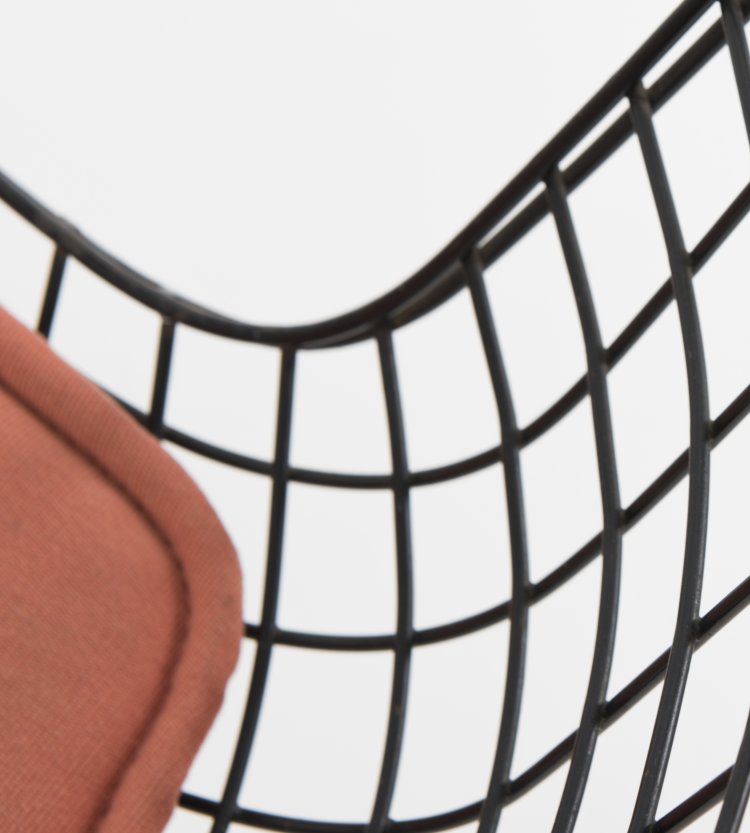 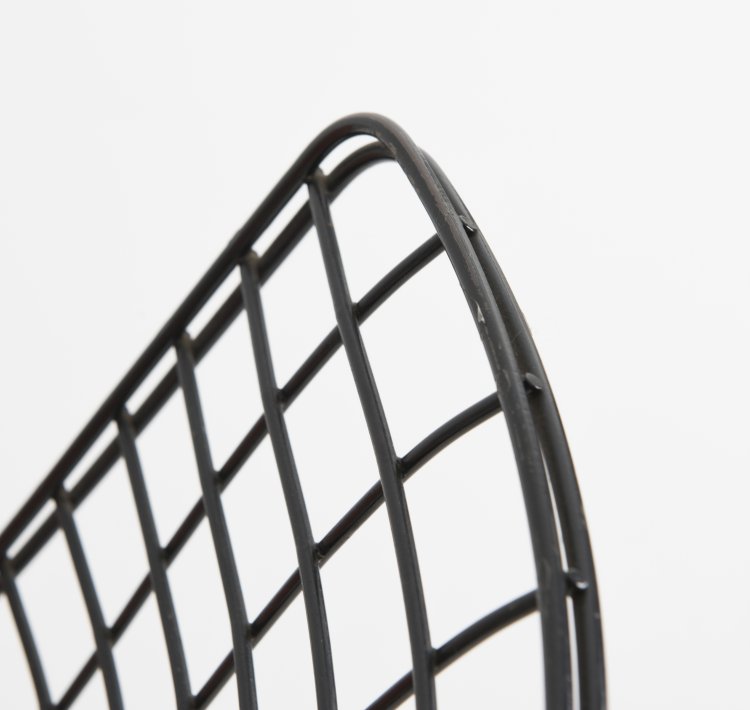 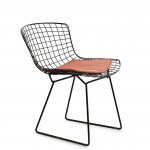 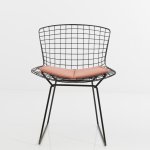 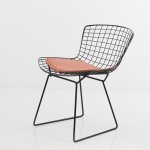 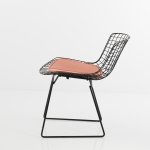 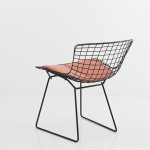 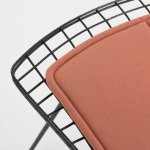 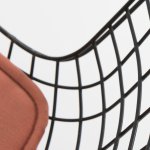 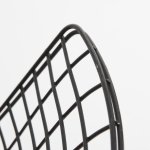 Very early execution with two wires at the borders. This kind of bordering was patented for Herman Miller though and Knoll was prohibited to mass-produce this chair using two wires. Thus, only few exemplars were executed. Cushion replaced by Knoll.