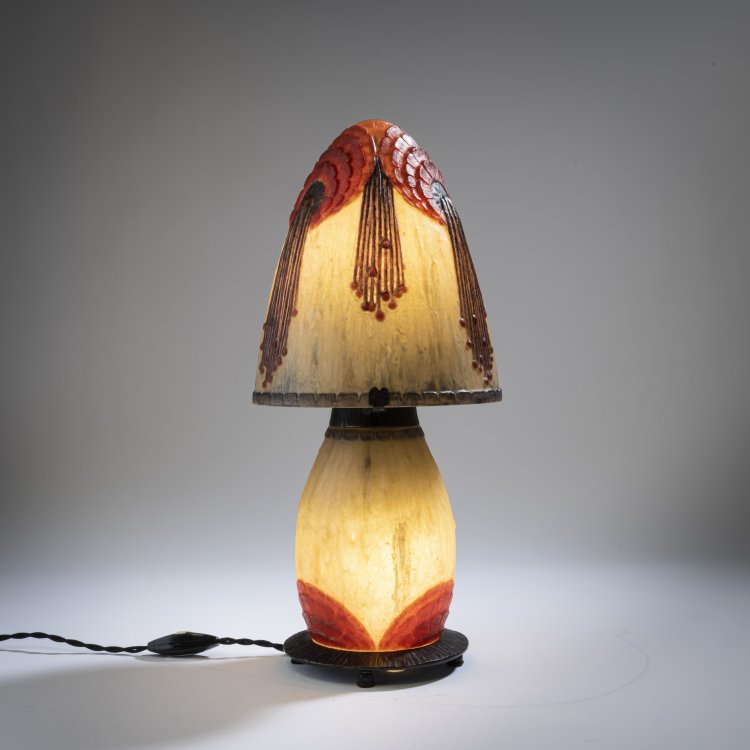 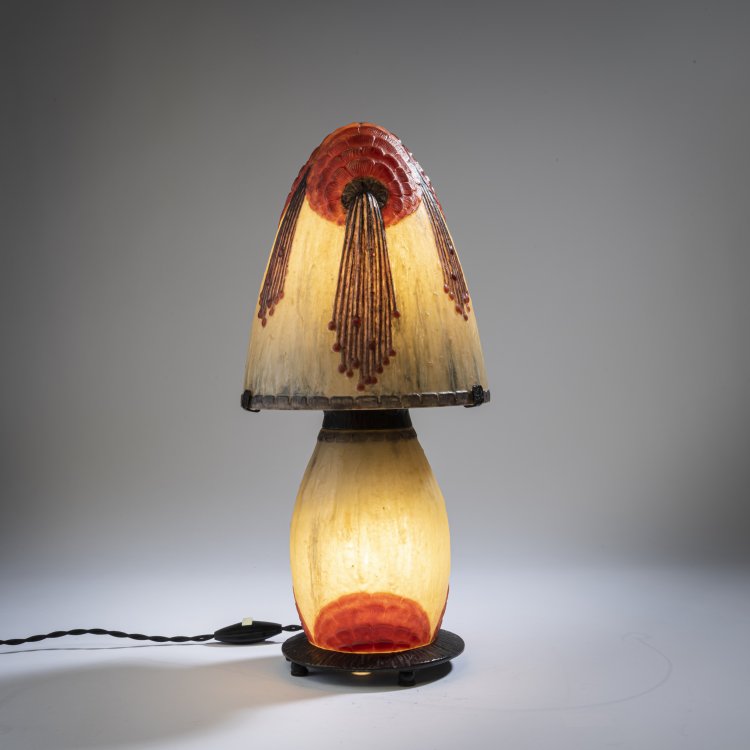 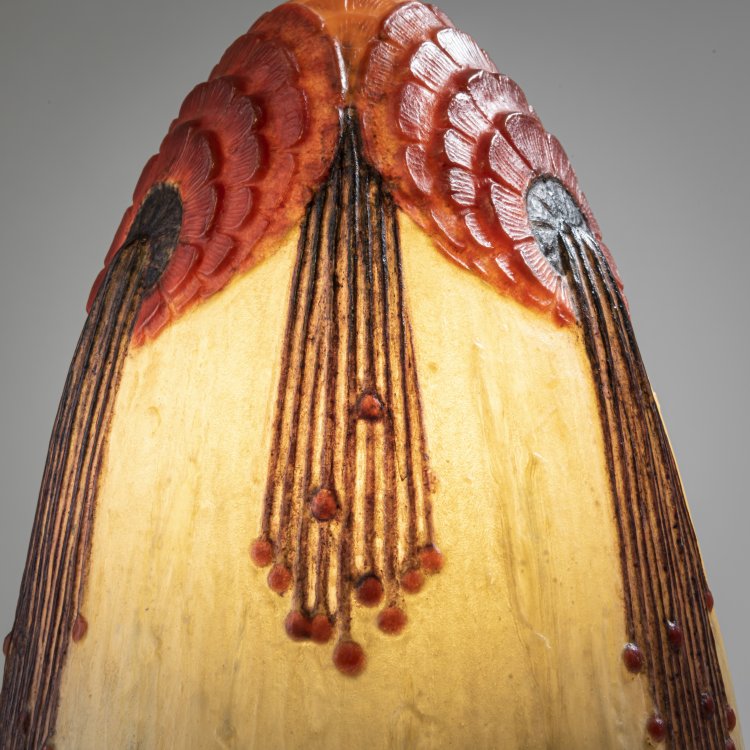 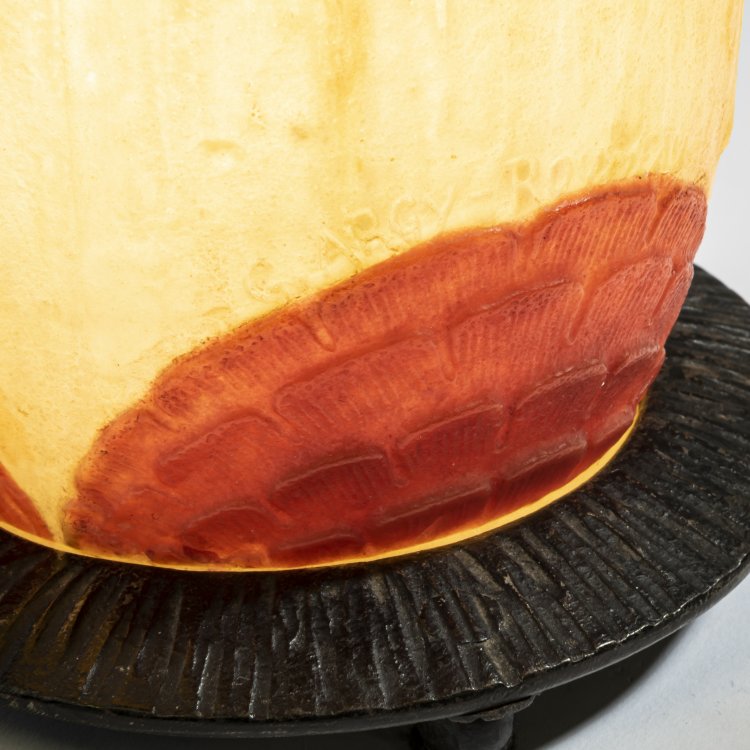 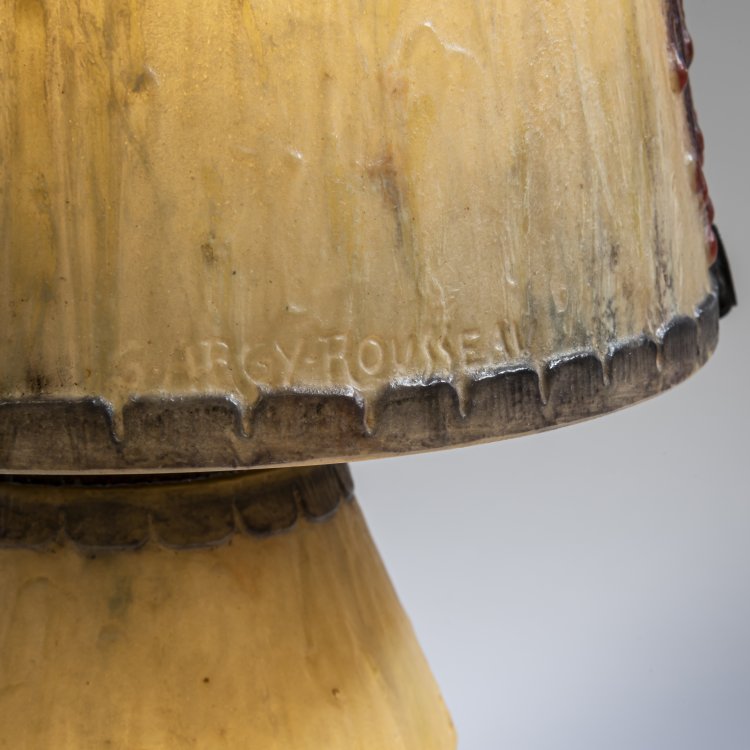 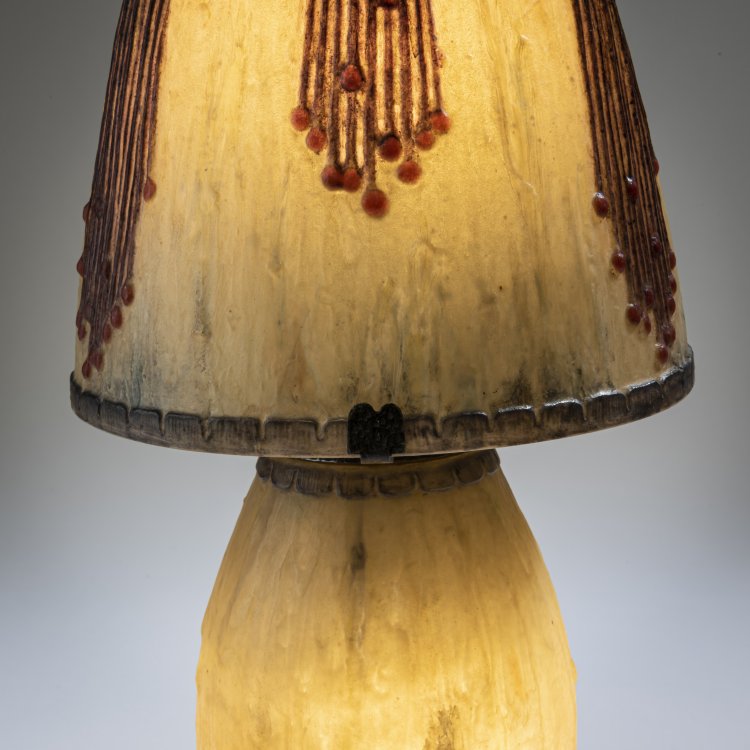 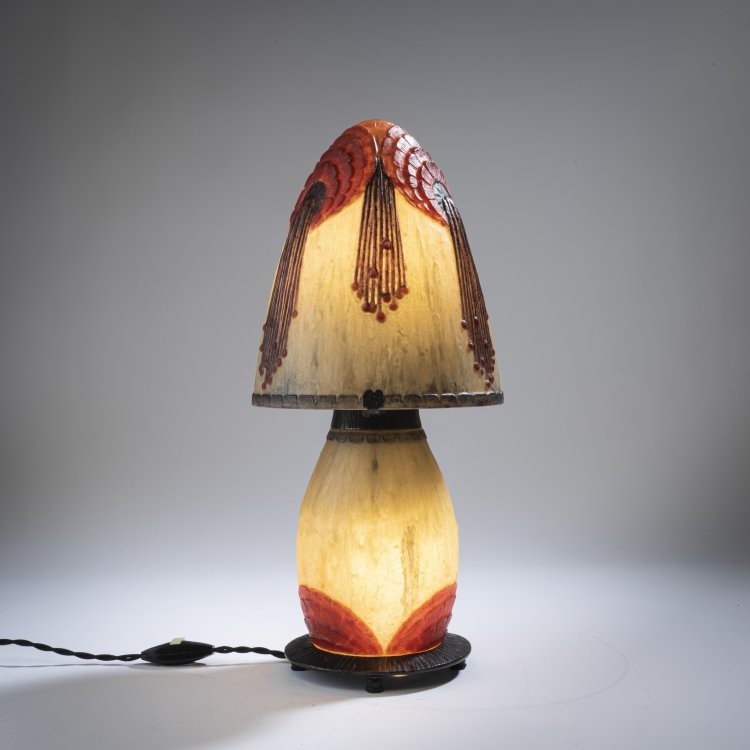 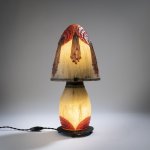 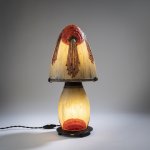 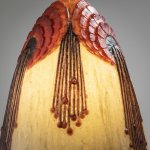 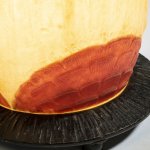 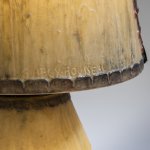 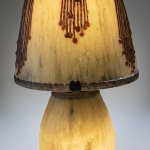 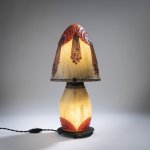 
This wonderful table light 'Fruits tropicaux' from 1925 stems from Joseph-Gabriel Rousseau. He adopted the suffix 'Argy' in honour of his wife Marianne Argyriadès. She was his best friend's sister. They all shared a love for Greco-Roman and Egyptian antiquity. Argy-Rousseau was interested in many things, studied at the École de Sèvres, but also completed an engineering degree. Throughout his life, he researched in fields as diverse as dental porcelain and colour photography. In his private life he always surrounded himself with creative personalities, including Henri Cros, who had been known for his glass work for a long time, using the 'pâte de verre' technique. Argy-Rousseau began to work successfully with this material even before the First World War, and after the war he founded a glass factory that had 20 employees in its heyday.

Argy-Rousseau modeled his idea, which had already been worked out on paper down to the smallest detail, initially in plaster, which was then covered with wax. From this model, a several-part refractory hollow shape was then moulded in several work steps. He even made his own glass. It was crushed to powder and coloured by adding metal oxides. With the help of fine brushes, the now liquid, repeatedly washed, glass mass was applied with care to the walls of the refractory form. Two more layers followed, which were applied to strengthen the piece and at the same time prevent the formation of air bubbles. A last layer of resin was to further fix the pâte de verre. The mould was then put upside down in a wood stove, where the piece was then fired at high temperatures. After cooling, the mould was removed, the now solid object was cleaned with acid and the last bumps were polished away with the wheel. This is how these wonderful, transparent but also colourful and delicate objects were created.