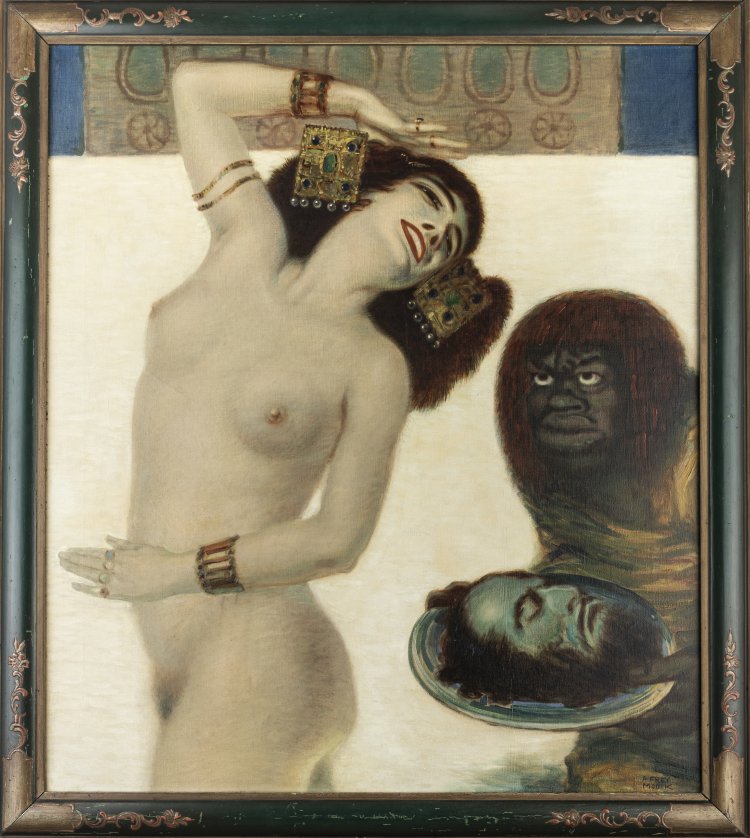 Semi-nude of Salome with elaborate jewelry, laughing, dancing, behind her the face of a henchman, presenting the head of St. John the Baptist on a plate. Oil on canvas, mounted on a stretcher. 79.5 x 69.3 cm. Signed lower right: A. FREY-MOOCK. Painted wooden frame.


This painting by Adolf Frey-Moock (Jona 1881 - 1954 probably Egnach, Switzerland) is strongly influenced by Franz von Stuck, who worked on the subject of Salomé several times in 1906. Frey-Moock closely followed the composition formulated by Franz von Stuck. The dancer is approached from the right by a henchman carrying the severed head of Saint John the Baptist. The Swiss painter, however, brings about an effect in its own right by adding a few changes to his models. Frey-Moock portrayed Salomé completely undressed and also largely refrained from depicting body jewellery. The figures appear in front of an almost white background. This intensifies the viewer's focus on the naked body, on the erotic beauty of the dancer and also the head of Saint John moves into the foreground.