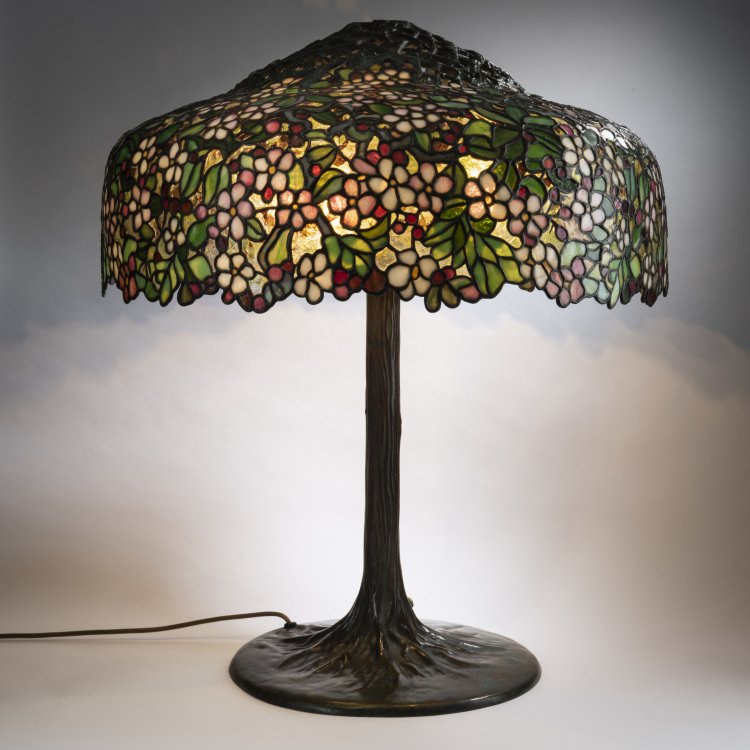 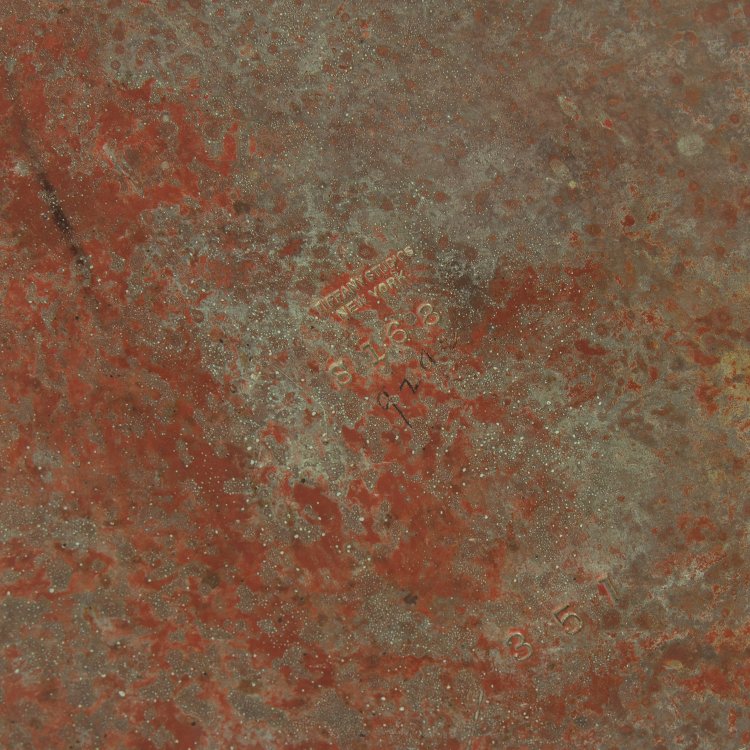 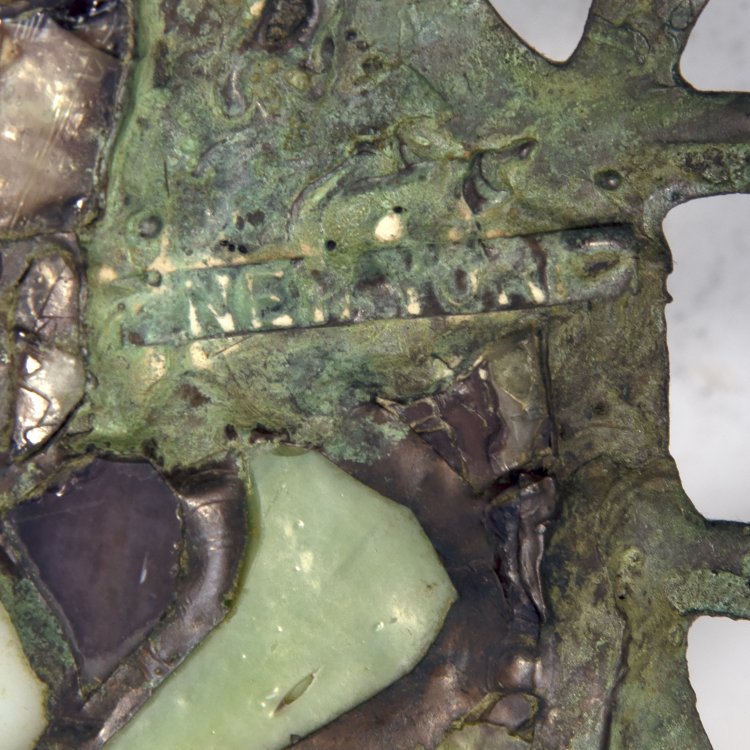 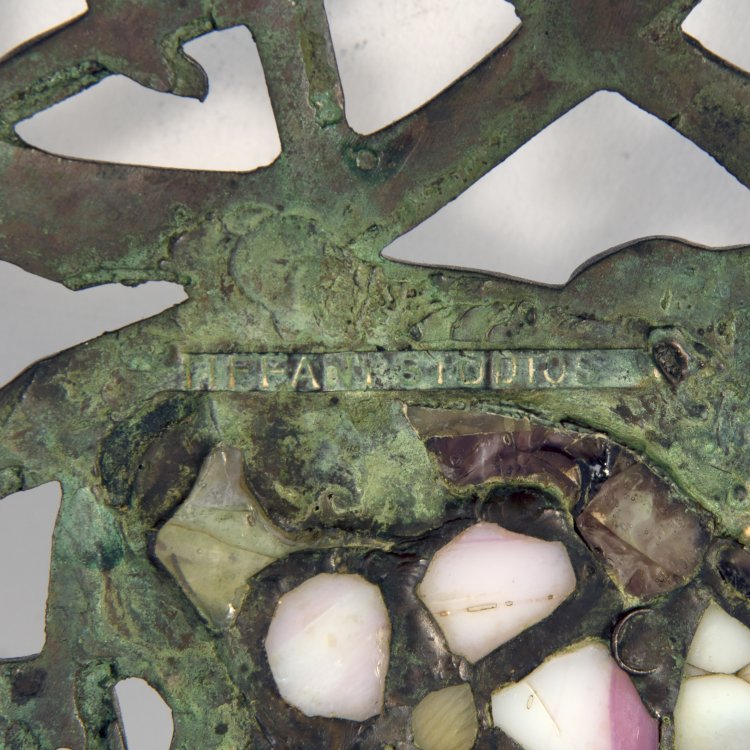 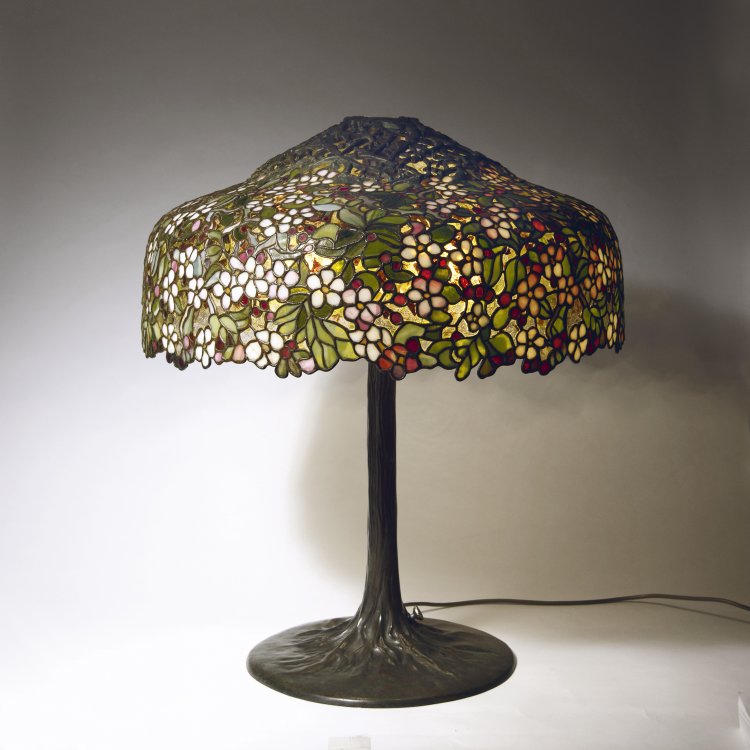 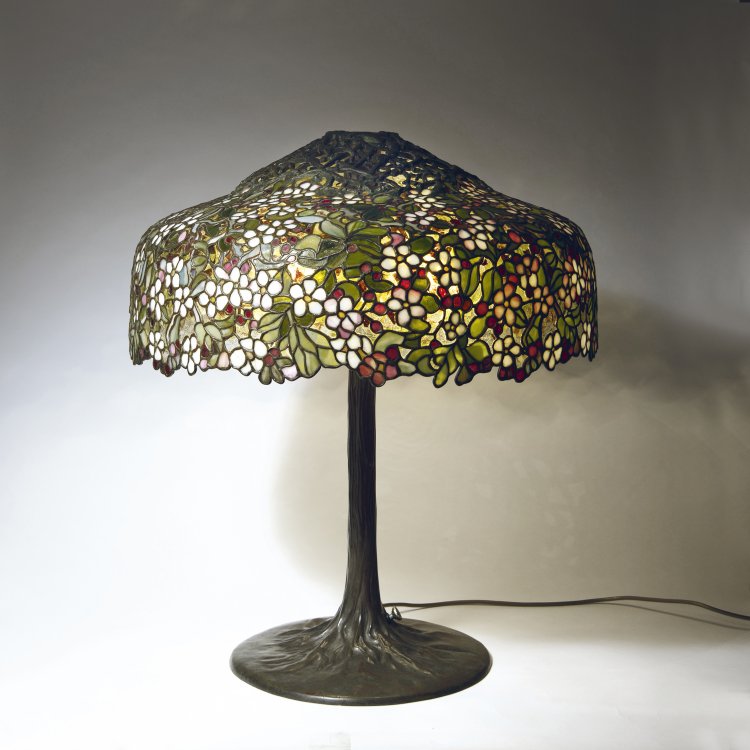 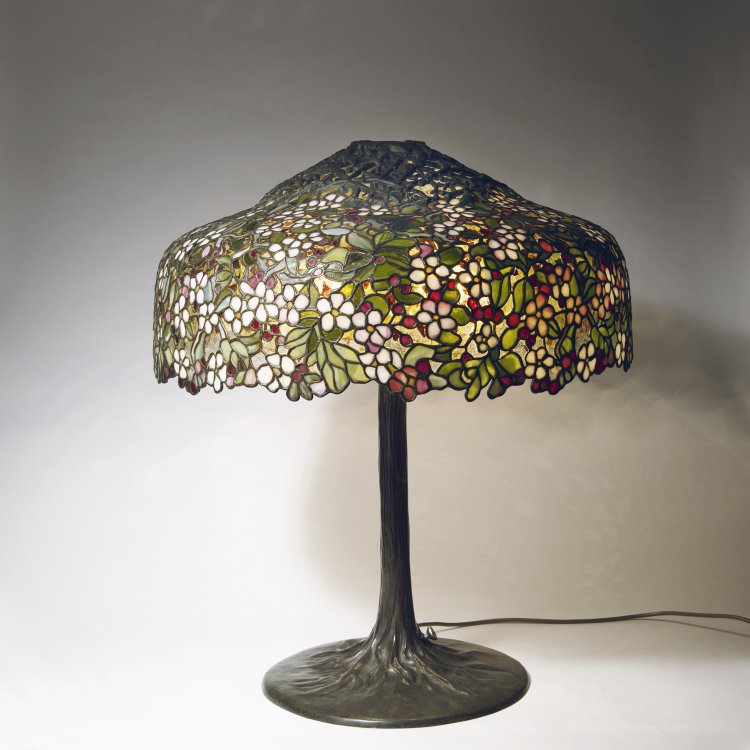 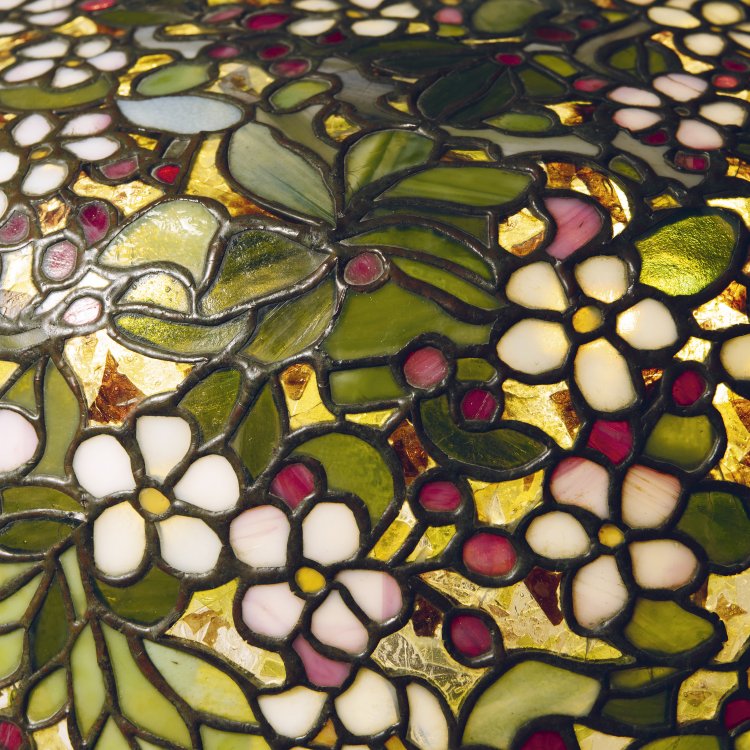 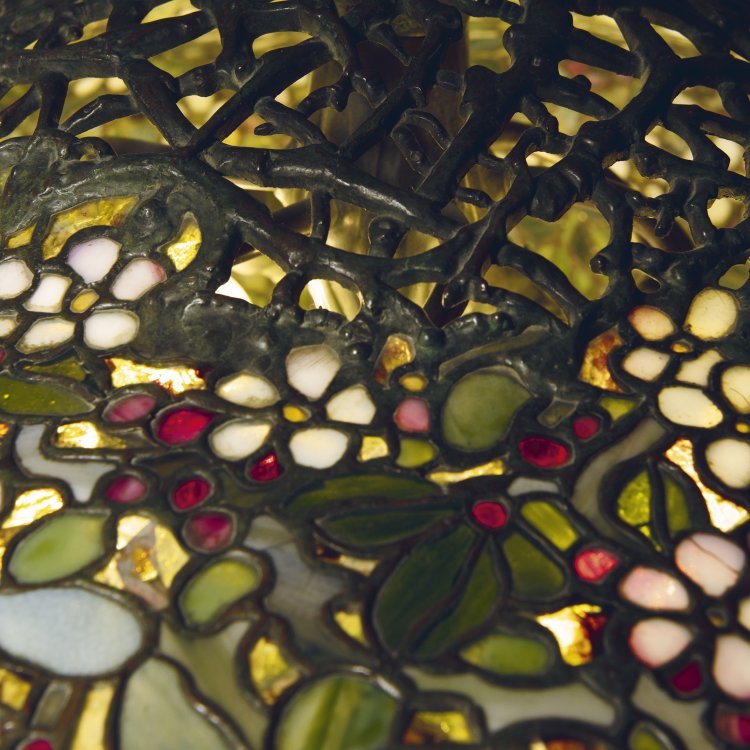 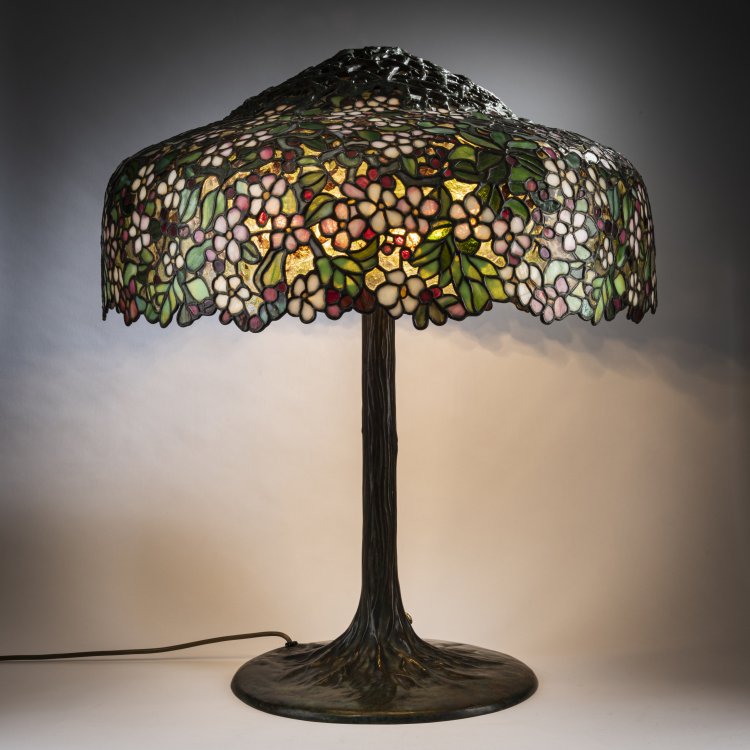 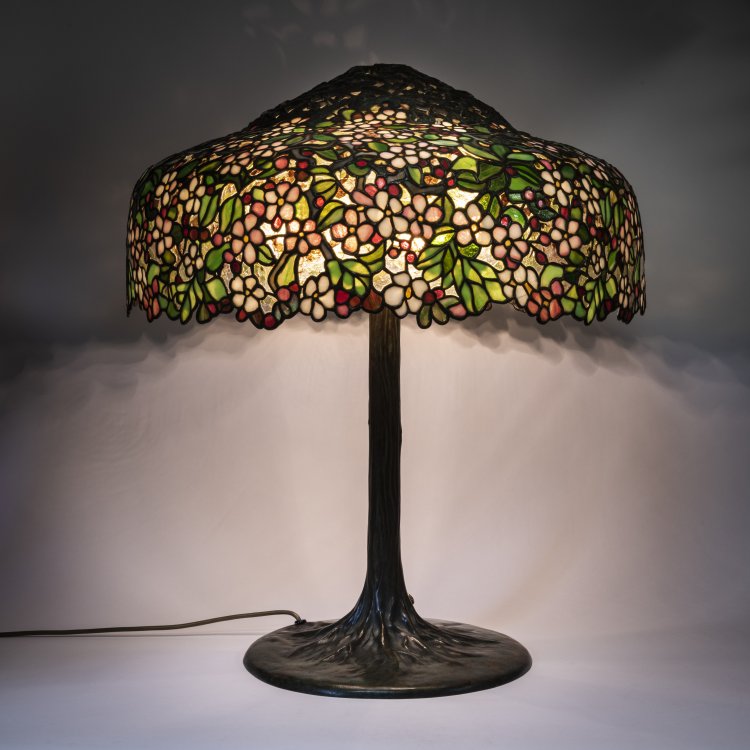 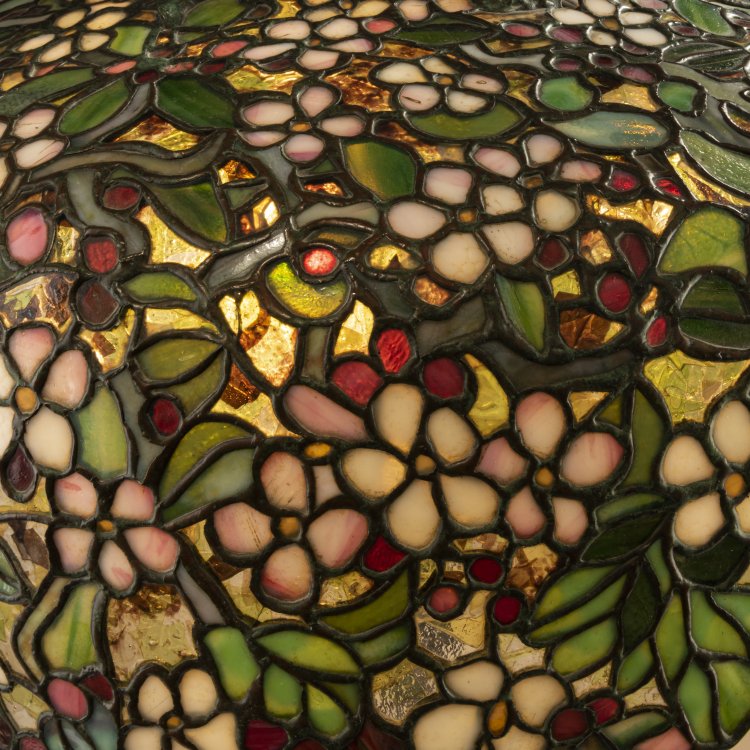 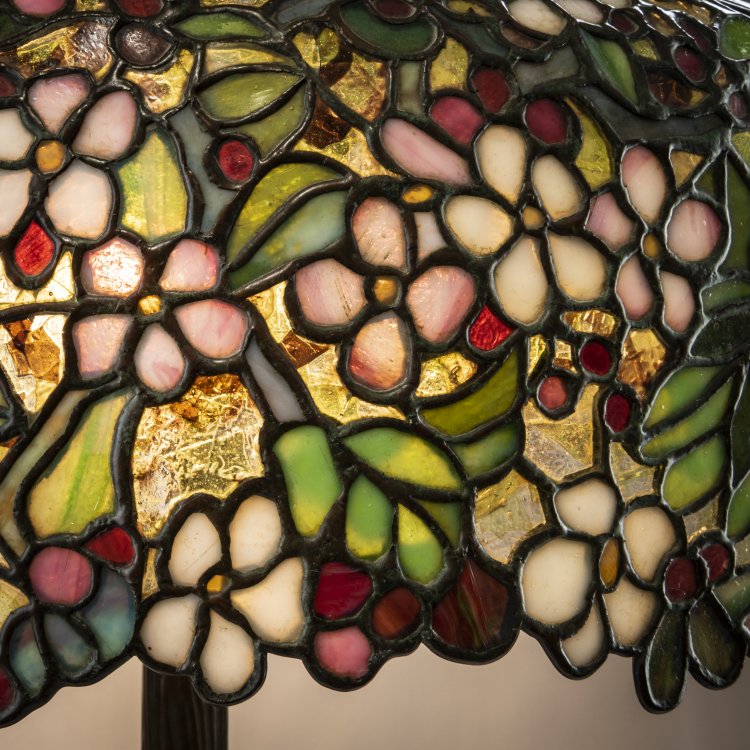 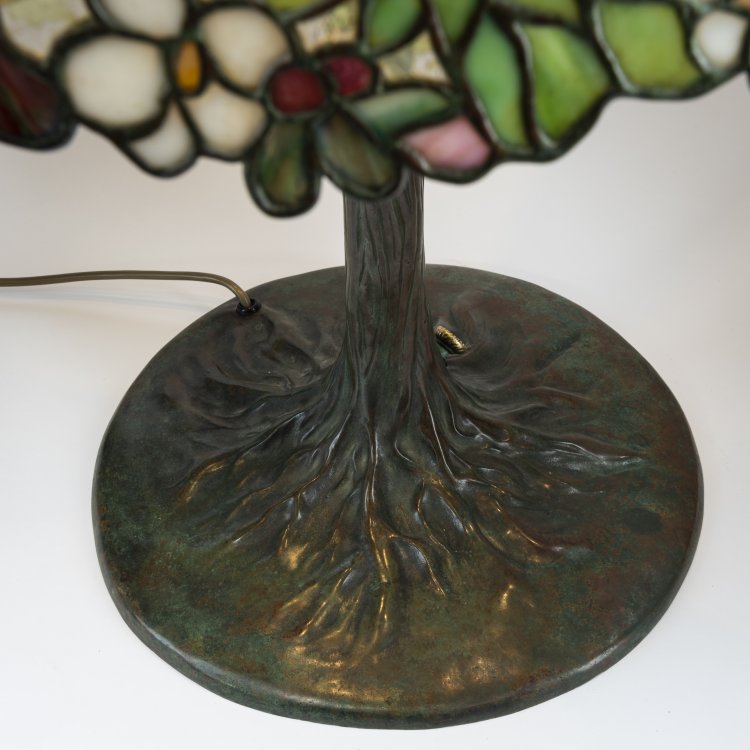 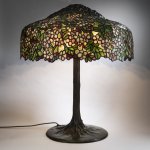 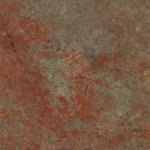 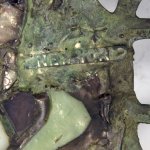 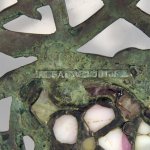 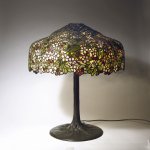 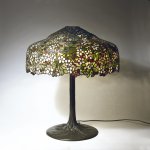 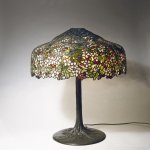 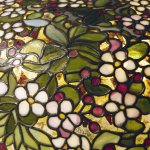 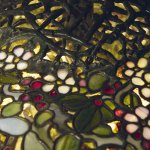 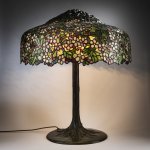 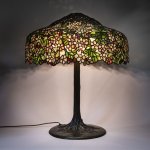 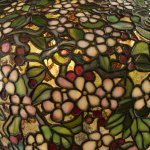 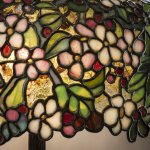 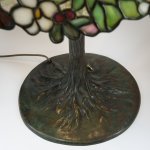 The lamp provides an exceptionable example of the large Apple Blossom model introduced by Tiffany Studios around 1904, listed subsequently in the Price List which it published on October 1st, 1906, as “Model #351, Apple Blossom stand and base, $425”. This price placed it in the top tier of the firm’s most expensive lamps, surpassing many of its other trophy models, such as the Wisteria (model #342) at $400.00.
Imposing in its broad shouldered form with irregular lower border, the shade is comprised of over 2,000 small pieces of glass, its dense overall design consisting of a pattern that repeats itself four times around the shade, an astute labor- and cost-saving strategy that is indistinguishable to a viewer who can at most see roughly one half of the shade from any standpoint. Its manufacture was effected initially by three divisions of the firm’s artisan staff: the first, a Selector in the Women’s Department, whose job was to choose from the infinite inventory of sheets in her glass racks examples that incorporated the intricately-mixed and nuanced hues, tints and textures in each of the shade’s botanical components: its petals, corollas, stamens (pollen-bearing flower-centers) and branches. Once chosen, the sheets were delivered to a male Cutter whose job, using a metal template, was to cut out and number the four pieces of glass for each element in the design. From here, the pieces were delivered on a cart to a member of the lamp assembly team, who wrapped each in copper foil before attaching it to its specific spot on the model’s wood mold, in so doing monitoring the interplay of colors in the adjoining areas of the layout to ensure maximum aesthetic effect.

Close examination of the shade reveals that it contains several of the signature techniques mastered by the glassblowers at Tiffany Studios, including the creation of a fractured variety, termed ‘confetti’, a revival of the old Venetian technique by which a gather of hot liquid glass was rolled on to a marver (iron table) on which irregular paper-thin shards of colored glass had been scattered so that they became embedded on its underside. The profusion of confetti glass in this shade, including those with lime-green and puce (purplish-brown) tints, provides it with a highly realistic impact, one which the firm employed in the backgrounds of its finest floral windows and lampshades to provide the viewer with the trompe-l’oeil impression of looking through, and beyond, the plant’s foliage into the immediate areas of its earth-toned background. Included in the shade also is mottled glass, the most characteristic and immediately identifiable of the many varieties in Tiffany’s glass repertoire, but the one most difficult to create as it required rigid temperature control. Basically, the chemical fluorine was poured into a gather of heavily viscous, lead-based molten glass which, when annealed at different temperatures, generated different surface and internal patterns. In the Apple Blossom lampshade, the mottling reveals itself in the deeply marbled two-toned palette within the green leaves.

The entwined bronze network of blackish branches which support the shade at its top replicate those in Nature in their gnarled and lightly pitted surface detailing, their openwork design enabling the heat from Edison’s incandescent light bulbs within the shade to escape upward. On the tree’s columnar trunk, the vertical grooves in its bark radiate out into roots on the circular base. The flowering Apple Blossom tree reproduced here is as it appears in its Springtime glory in the United States, initially with opaque pink petals which transition into streaked or dappled white as the season progresses. The designer of the lamp is unrecorded, although it was possibly Clara Driscoll, the head of the firm’s Women’s Department, who was credited with several of the firm’s earliest floral lampshade models, including those for the Peony, Arrowhead, Geranium, and Wisteria. Whoever created the Apple Blossom, however, is perhaps inconsequential as all designs had ultimately to be approved by Mr. Tiffany himself, who by the turn-of-the century had established himself as a proven colorist and horticulturist, one who embraced Nature as his muse.