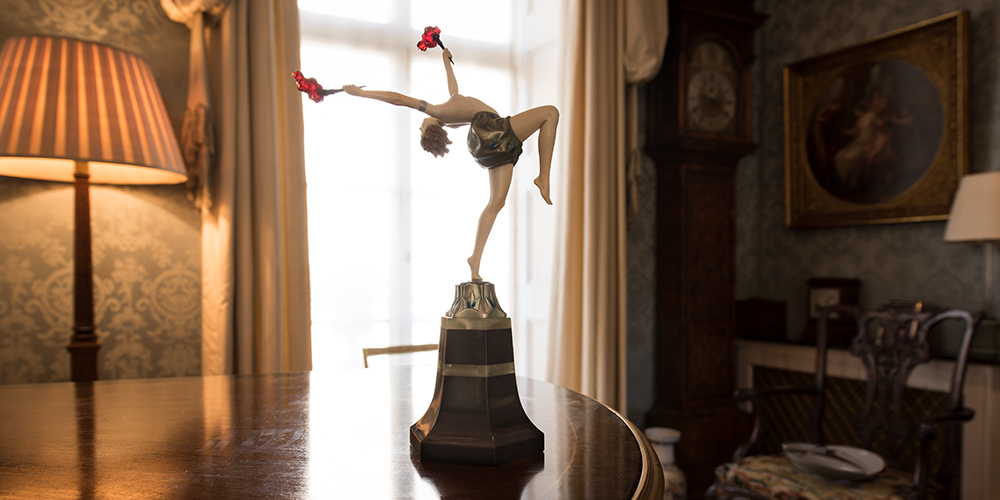 The First World War had ended. New airs blew across Europe and with those new gusts came a time of renewal, of innovation and of a new freedom in manners, expressions and outlook on life. Germany and France were the main recipients of these changes, there was no going back. Women were the main beneficiaries of these changes. They talked politics, embraced sports, loosened their clothes, smoked in public, in other words, asserted their presence. The arts reflected this mood, particularly so in the decorative arts. Within this area, sculpture or statuettes as they became known, were one of the most evolved. The materials used were not new but their use, composition and subject matter were. Sports women, femme fatales, musicians and cabaret performers, were all depicted.

The public wanted to bring the outdoors into their homes and nothing suited them better than to have these statuettes in new and bold poses decorate their mantelpieces and cabinets. Artists attended to this demand. Originally sold in department stores and jewelry shops, they were intended as decorative items, wedding gifts, coming of age mementos and retirement souvenirs. They quickly spread throughout the world, from Saigon parlors to Havana nightclubs, from Paris couture shops to London trendy abodes.

The statuettes were here to stay and became an unmistakable element of what would become the Art Deco movement. With the advent of the Second World War, these statuettes were all but forgotten, put away in attics and out of sight. It was in the 1960’s that they were slowly being rediscovered. Some foresaw their beauty and uniqueness and began to acquire them; soon they began to appear in the homes of the well to do and famous, eventually in exhibitions and museums. They became collectable. With the passage of time some models were so rare and so desirable that prices soared.

It is highly unusual to encounter a selection of sculptures as the one being offered here of The Marie and David Cooper collection. It is exceptional in the number of statuettes, the subject matter and the quality of each figure. From one collection to be dispersed and treasured by other collectors. These figures reflect another era, marked by their very own special circumstances. These sculptures are true ambassadors of the Art Deco period.