From Bohemian in Montparnasse to publisher
of the most important artists of the 20th Century:
Nesto Jacometti

We are pleased to offer on the following pages a collection from his estate of around 80 prints, almost all of which originated from the publishing house L’Œuvre Gravée, founded by Ernesto Jacometti, from the mid-1950s until 1971. Nesto Jacometti is one of the important publishing personalities of the past century who did pioneering work in the field of artistic prints. In the collection there are numerous prints outside ordinary editions and sheets with dedications to Jacometti. These copies are particularly exciting and exclusive and underline the relationship of the publisher with his artist friends as well as the unique provenance of the prints.

Ernesto Jacometti was born in Locarno on March 24, 1898, as the son of Italian-born mill owners. At 25 he married Maria Muheim, but left his family five years later to move from Ticino to Paris. Here he immersed himself in the bohemian world of the Quartier de Montparnasse. The neighborhood had reached its peak of artistic movement in the 1920s. Numerous poets, composers and visual artists settled there. Jacometti, with his confident and enthusiastic manner, seemed to fit perfectly into the world of these creatives and intellectuals and quickly made contacts within artistic circles. He began writing for art magazines, published a book of poetry as well as the artist portrait collection ‘Têtes de Montparnasse’, and from the mid-thirties on he arranged exhibitions of French painters and sculptors in Belgium and the Netherlands.
The war forced the bohemian back to Switzerland. In Geneva he worked for various radio stations and continued to publish articles. Formative for his further career were his encounters with the publishers Albert Skira and Pierre Cailler. Jacometti worked with Cailler after the end of the war from the mid-1940s and immersed himself once again in the artistic milieu in Paris, always on the lookout for up-and-coming newcomers to the scene. In 1949, together with Pierre Cailler, he founded the publishing house La Guilde Internationale de la Gravure, where he took over the artistic direction. Etchings and lithographs were published at weekly intervals, with the aim of providing an overview of the art of their time and offering original prints by all important artists and art movements at affordable prices. The venture was very successful, but the two business partners parted ways in 1954 due to a variety of disagreements. In the same year, Jacometti received an award at the Venice Biennale for his art critiques.

Just one year later, Jacometti founded his own publishing company called L’Œuvre Gravée, building on his activities and contacts in the Parisian and Swiss art scenes. He collaborated with about twenty artists such as Zao Wou-Ki, Johnny Friedlaender, Max Ernst, Maurice Estève, Gino Severini, Massimo Campigli, Marino Marini and Ossip Zadkine. Many of the artists owe their turn to printmaking techniques to Jacometti. The mutual benefit of publisher and artist is evident both in the numerous dedications to the publisher on print copies and in the numerous surviving text and photo documentations.
Jacometti’s personal relationship with artists as an art critic and exhibition organizer in the pre-war years, coupled with his open-mindedness and dynamism, paved the way for him to be successful as a publisher, and so in the period from 1955 until the sale of his company in 1971, he released the impressive number of 659 prints as well as about 100 special prints.

In the mid-1960s Jacometti returned to Ticino, having previously spent most of his time in Zurich and Paris or traveling to foreign countries. His business focus shifted completely to Switzerland. Nesto Jacometti died on December 3, 1973 at the age of 75.
His attachment to his homeland is reflected in the donation of a large part of his estate to the city of Locarno. In 1994, the Museo Casorella issued the two-volume publication on Jacometti’s publishing work and his own collection. 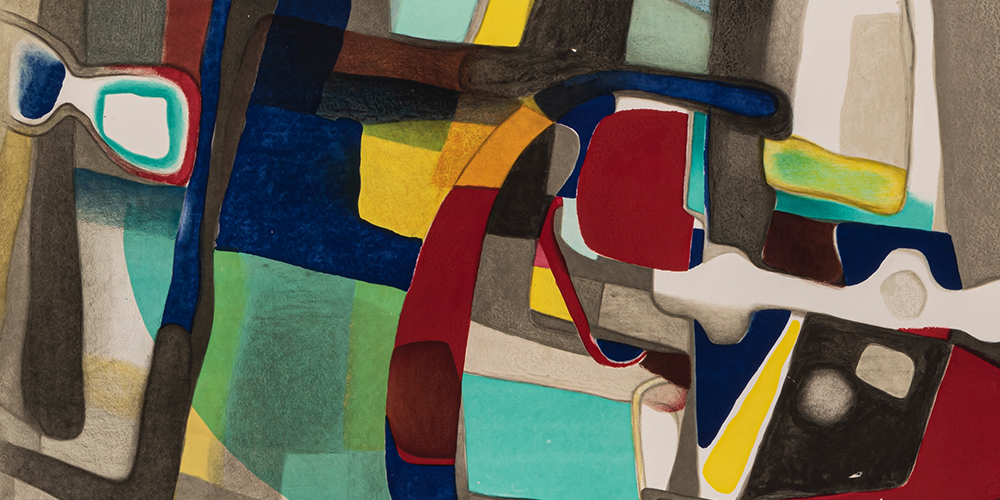 My grandfather, a bon vivant!
During my visits to Locarno, where he lived, I was always under the spell of his numerous anecdotes.
He often organized parties where he was, as usual, the beaming center of attention.
He told of both his “lean” years in Paris and the friendships with artists that were formed at that time.
It was during this time that he laid the foundation for his later career as a publisher.
In the fifties in Paris, during nights filled with alcohol and cigarettes, he made contact with artists who were unknown at the time.
He was convinced that more results could be achieved with structured sales, and so he founded L’Œuvre Gravée.
The friends of that time such as Karel Appel, Kees van Dongen, Ossip Zadkine, Zao Wou Ki, Marino Marini and many others went from nobodies to successful artists in a few years.
Their success was also his success.
The passion with which he could talk about friends and art will always stay with me.
His apartment in Locarno was certainly a special experience.
It was like a museum, every meter was covered with pictures.
I have never met anyone who could talk better or more entertainingly, he was a master of the spoken word!
As a grandfather, he was not a showcase grandpa. He had a free spirit with little room for family and the duties that came with it.
The last sentence he said to me a few days before his death was:
“Boy, I don’t regret anything, I would do everything exactly the same.”
He lived his life – enjoyed it!

We, the Team of Quittenbaum, are pleased to offer a part of Nesto Jacometti’s important private collection within our auction of Modern and Contemporary Art. The more than 80 lots bear witness not only to the artistic quality of great names of the 20th century, but also to the personal relationship that Jacometti, as a publisher, cultivated with his graphic artists.