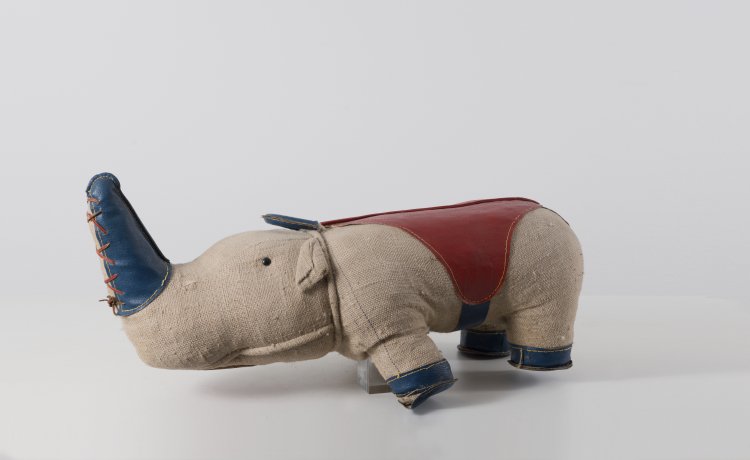 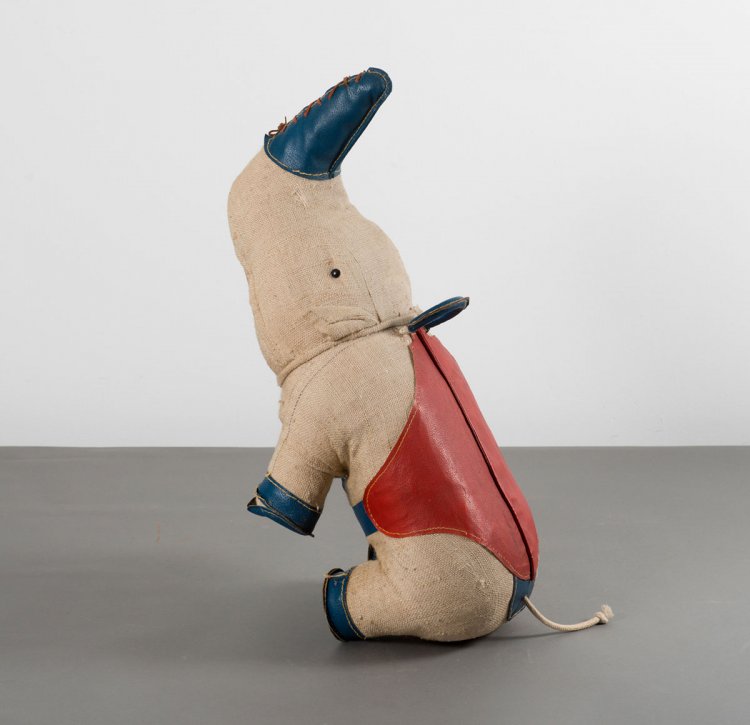 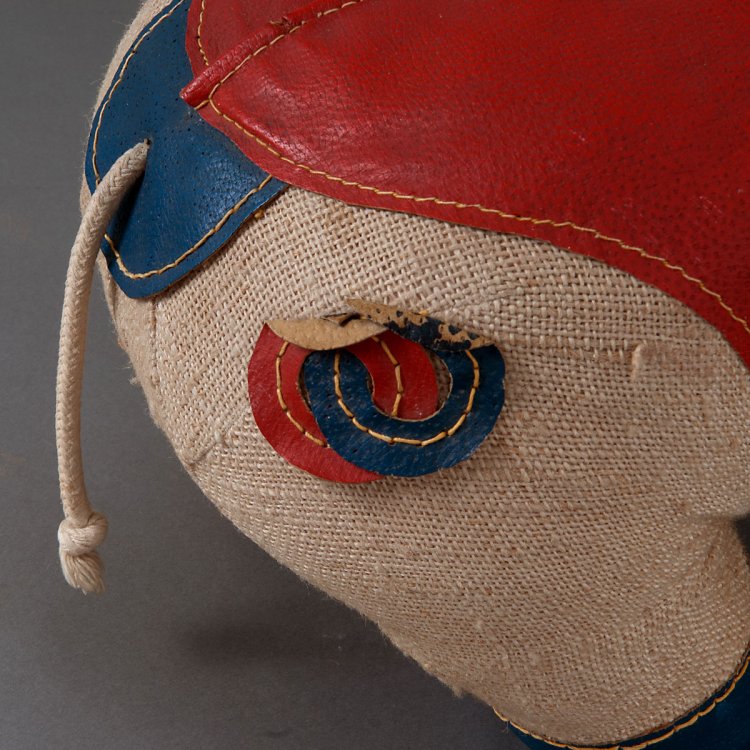 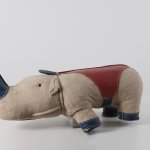 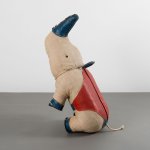 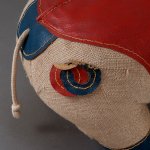 This is the second prototype rhino of burlap by Helene Haeusler. It had been developed in 1967 while Mrs. Haeusler was working as a teacher at the academy for design and toys in Sonneberg together with her student Renate Müller. Later on, Mrs. Haeusler and Renate Müller completed their series of 'burlap beasts' and brought them to series production readiness.

Provenance: Haeusler family. Helene Haeusler's niece had bought the rhino at the Leipzig Fair in the end of the 1960s. She worked as a child care worker at a special-needs school, where the rhino ('Tipsy') was highly popular.