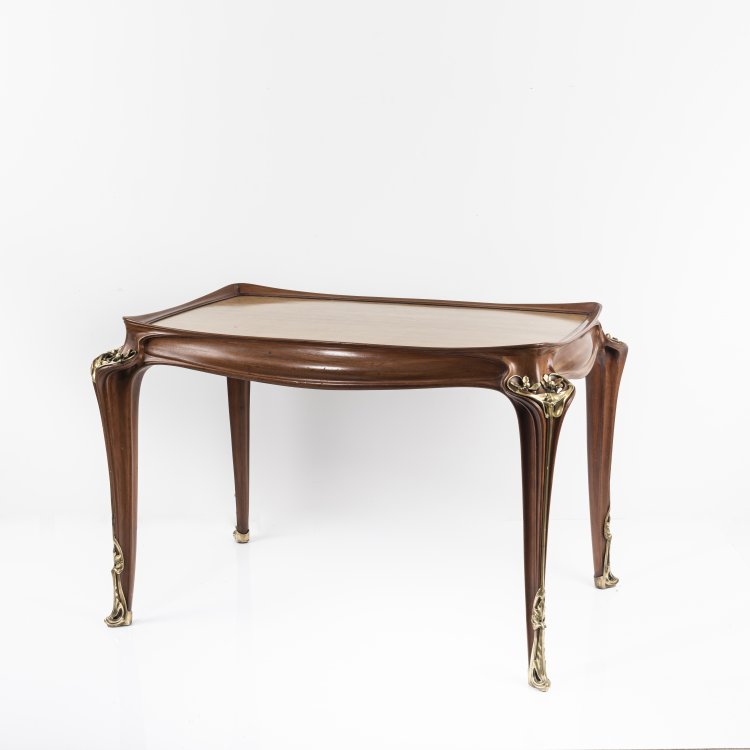 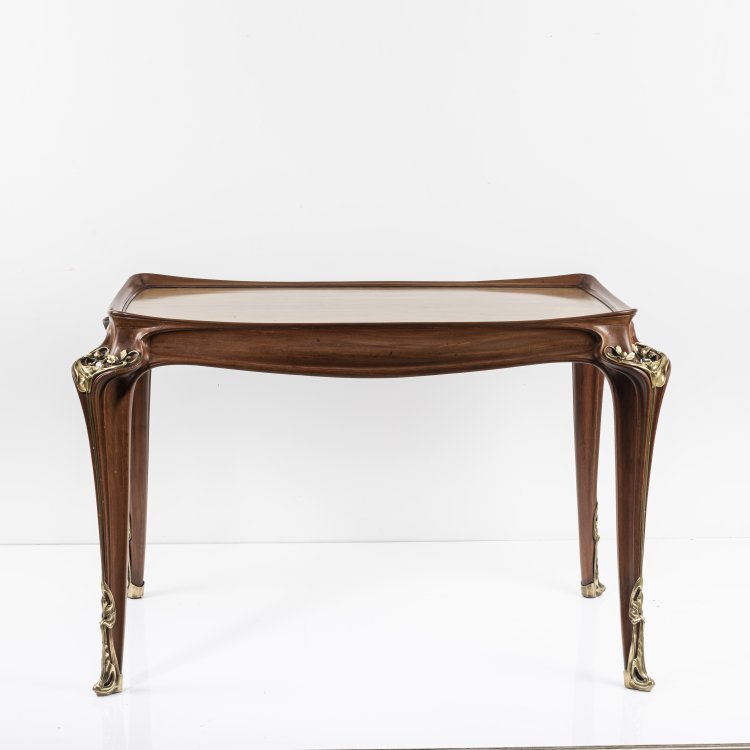 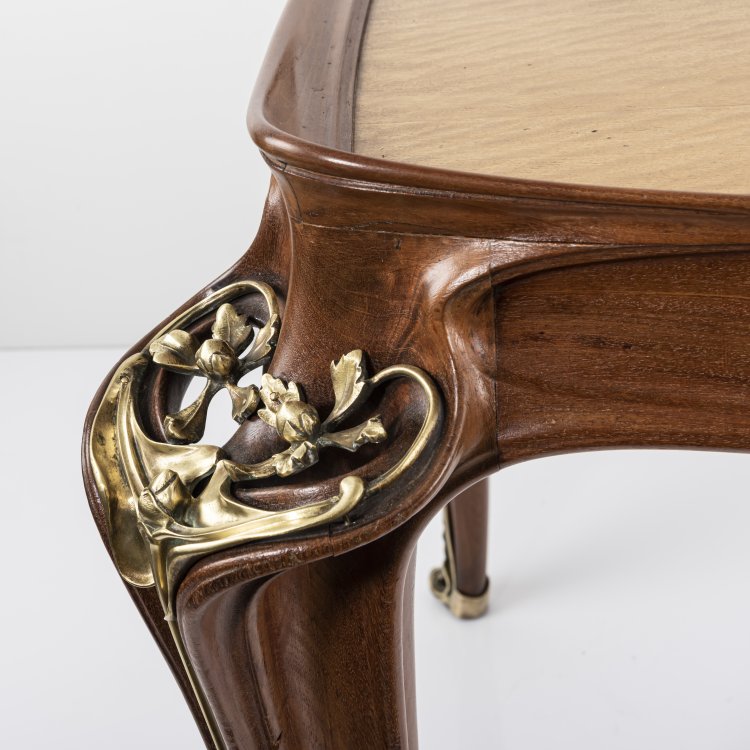 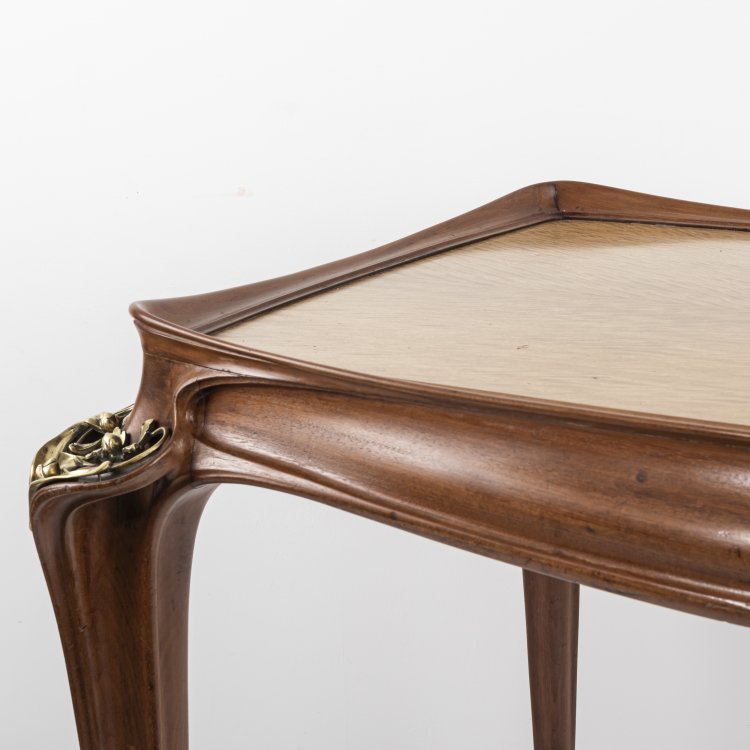 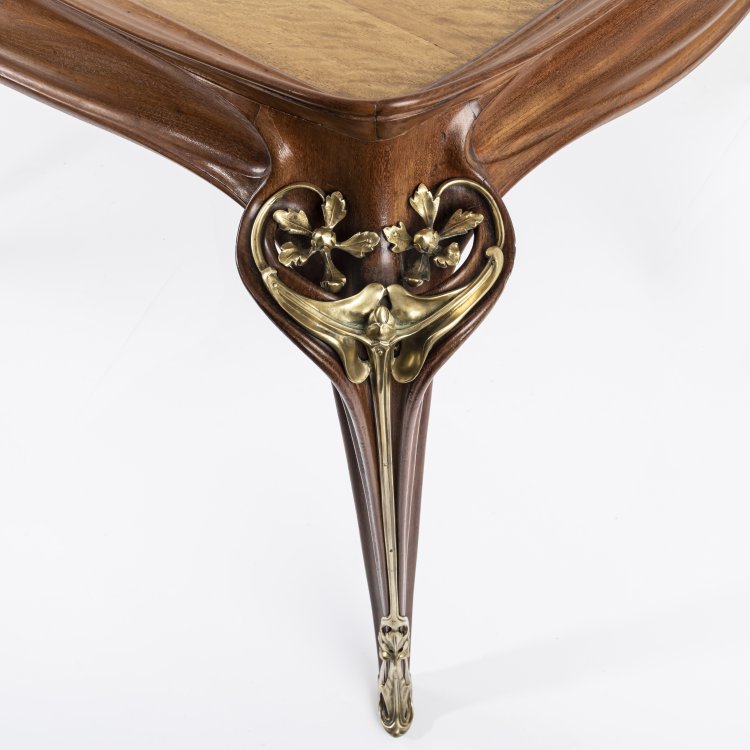 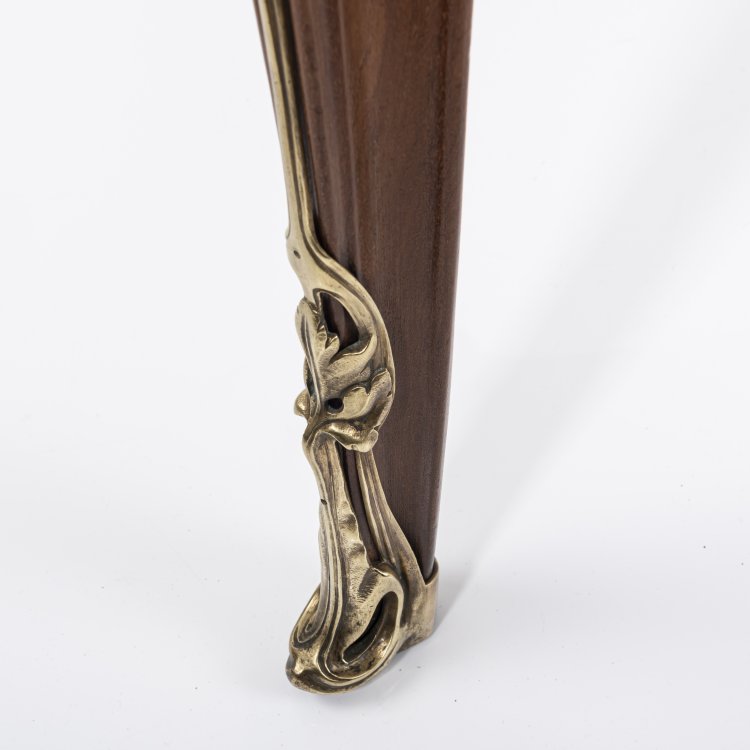 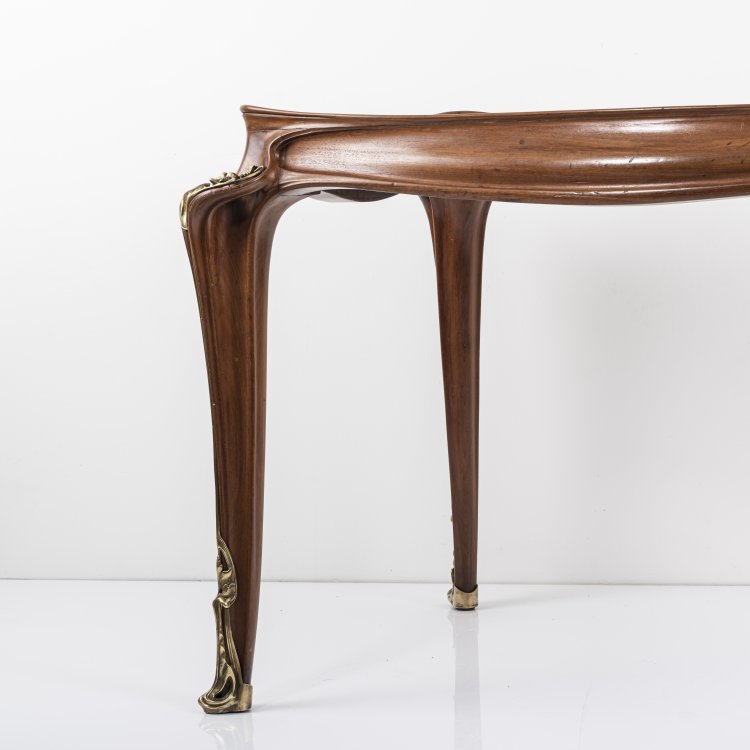 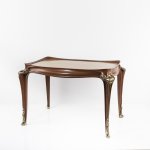 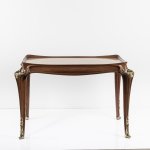 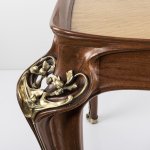 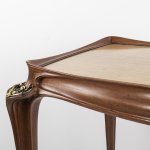 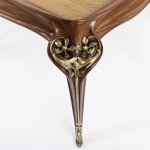 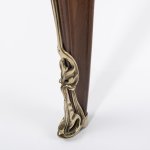 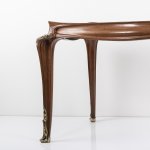 
Louis Majorelle (1859 Toul - 1926 Nancy), Nancy Majorelle attended the Paris Ecole des Beaux Arts from 1877-79 and sent to the salon exhibition at the age of sixteen. However, his career as a painter came to an abrupt end, when in 1879 he had to take over from his father, who had suddenly passed away. For a few years he continued the production of his father's faience workshop and furniture production. Inspired by the success of Emile Gallé at the Paris World Fairs, the production of period furniture was discontinued. Majorelle secured the collaboration of Jacques Gruber and Camille Gauthier. In 1894 Majorelle showed furniture in the Art Nouveau style for the first time at the Salon des Artistes Lorrain in Nancy. In the same year, the marquetry showcase 'La Source' was created. In 1898 new factory buildings were built in Nancy. 1900 Presentation of the study 'les Nénuphars' at the Paris World Fair. These pieces of furniture already showed a clear independence of the 'Style Majorelle', they received a lot of attention from the specialist press as one of the most interesting creations of French furniture art. In the following years several branches were opened in Paris, Lille and Lyon. Majorelle furnished cafés and restaurants. The production was not limited to the manufacture of furniture. Wrought iron and bronzes were presented in their own style at numerous salons and exhibitions. In 1905 Majorelle furnished Samuel Bing’s house in Paris. In 1916 a fire destroyed most of the designs, models and plans. After Alfred Levy joined in 1918 as second director and in 1926 after Majorelle's death, this determined the personal style of the workshop in its selected stylization.