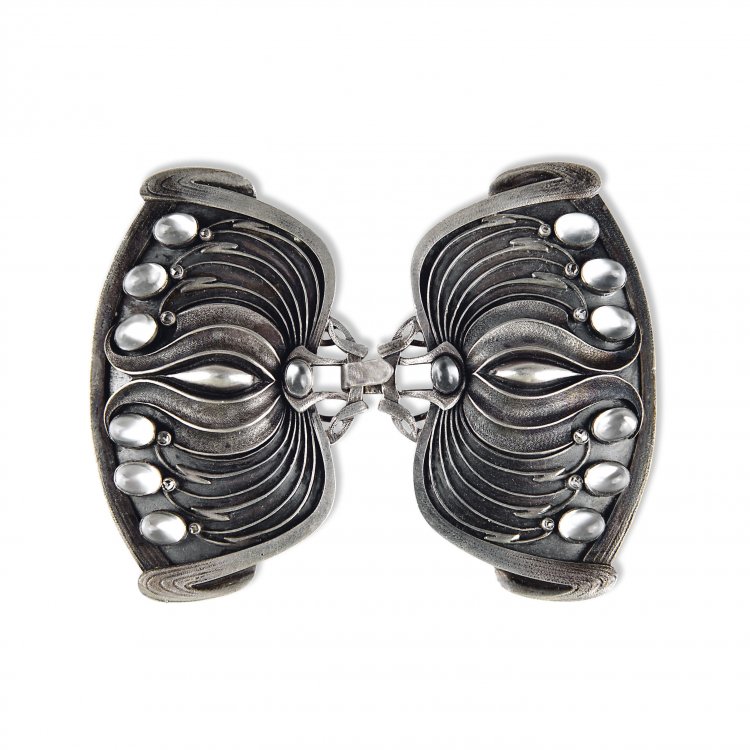 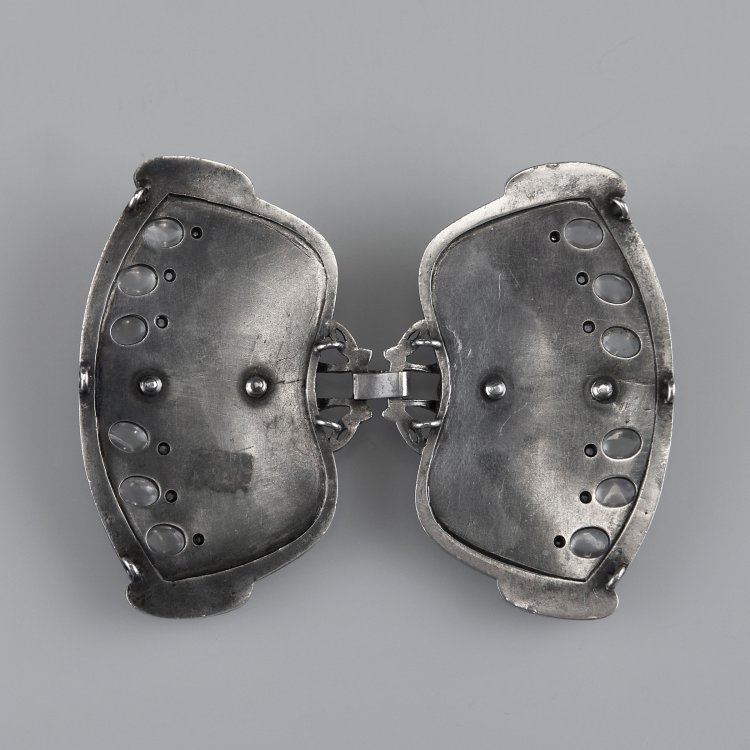 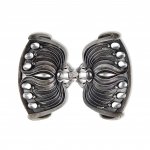 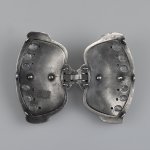 Henry van de Velde. Belt buckle, 1898-99. In the shape of a butterfly. It can also be worn as a coat clasp. 7.4 x 9.5 cm. Made by an unknown Brussels-based manufacturer. Silver, trimmed with twelve Ceylon moonstones and diamonds. Two moonstones at the latch. Frame chiselled.


The clasp had been exhibited for the first time at the Libre Esthétique society in 1900. Two exemplars were put into auction by the van de Velde company at Lepke's auctioneers in 1902; Gertrud Osthaus is said to have purchased the clasp directly at Lepke's. Föhl/Walter, Henry van de Velde, Weimar 2013, p. 269; Föhl/Neumann, Henry van de Velde, vol. I, Metallkunst, Weimar 2009, p. 32f, I.1. 22. (identical), detailed description. Pictured e.g. in: Hoffmann, Der Moderne Stil 1903, Stuttgart 2006, p. 389; von Hase, Schmuck in Deutschland und Österreich, Passau 1977, p. 281, no. 517, the other exemplar is part of the collection of Museum Trondheim.