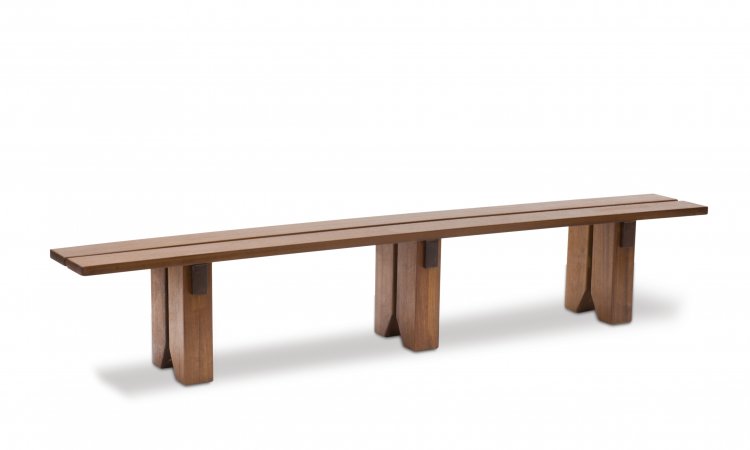 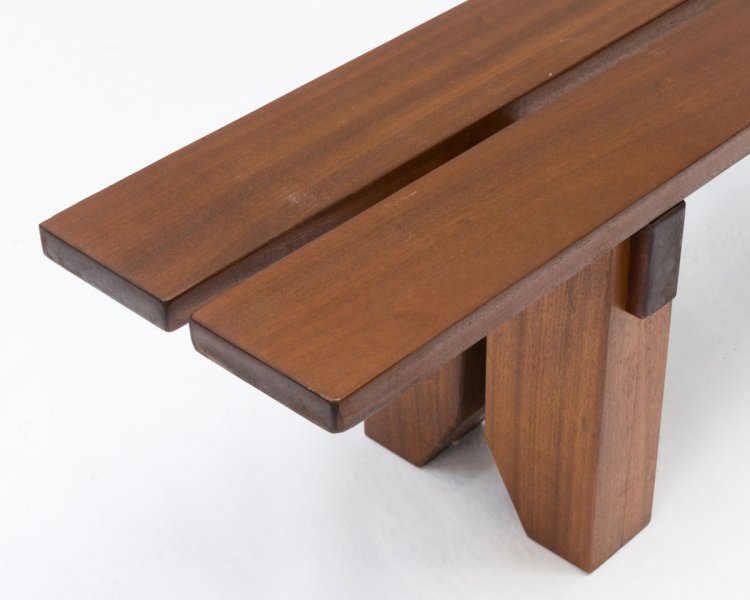 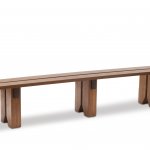 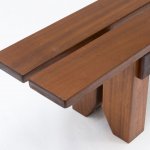 Originally designed for Perriand's own apartment in Rio de Janeiro. A small series, however, was also used for the ski resort at Les Arcs. Provenance: Private appartment of Jean-François Buherne, manager of the 'Trois Arcs - Arc 1600' ski resort. The bench had been used there together with the 'Brésil' table (previous lot), 1970-1992.