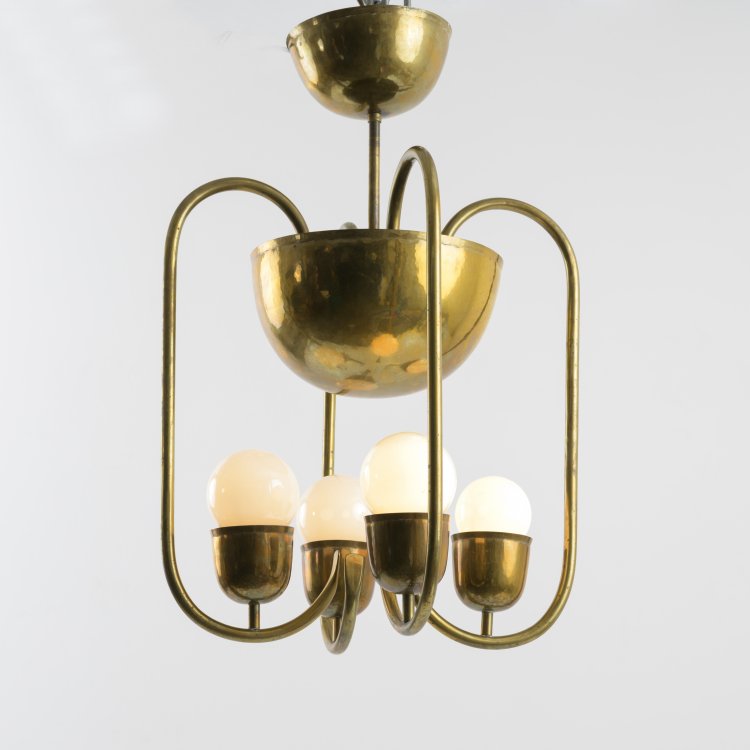 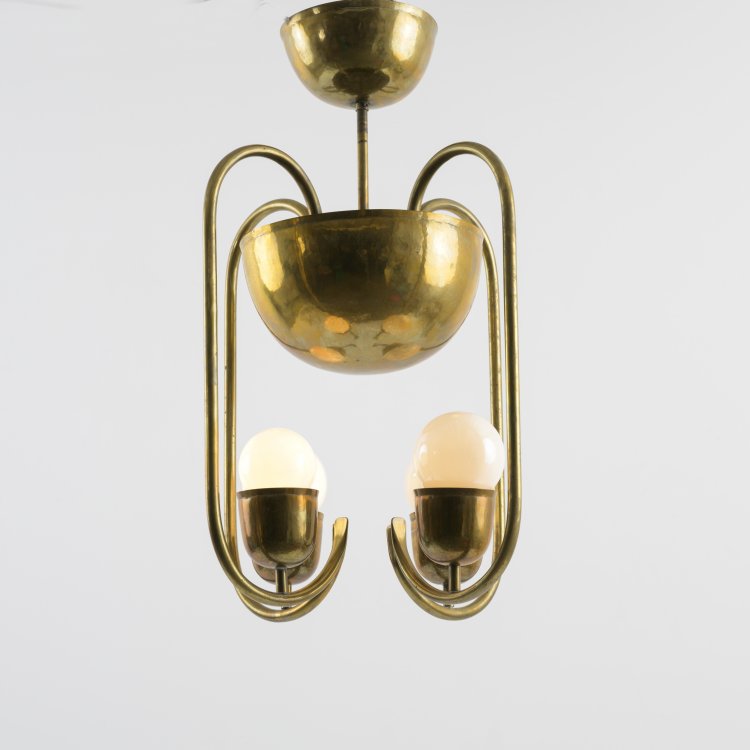 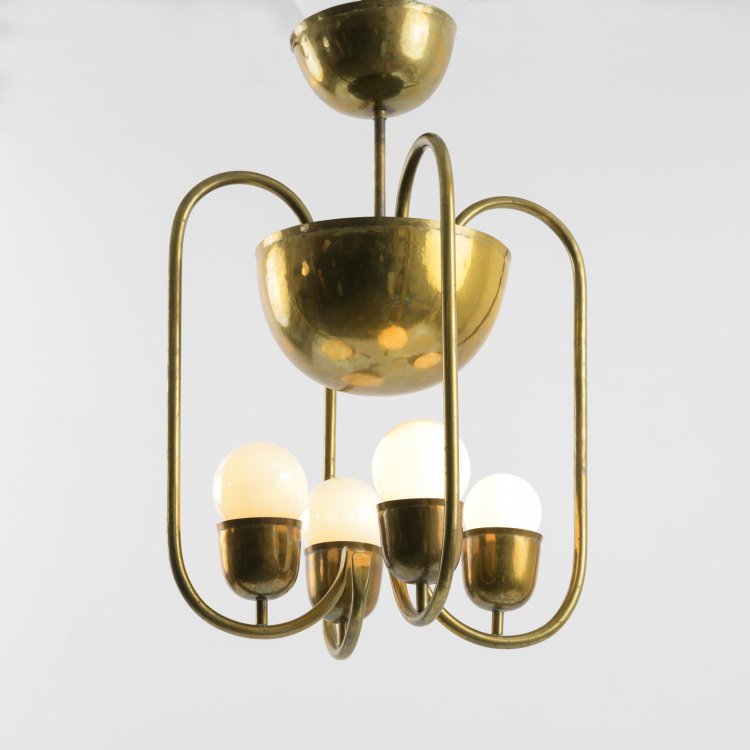 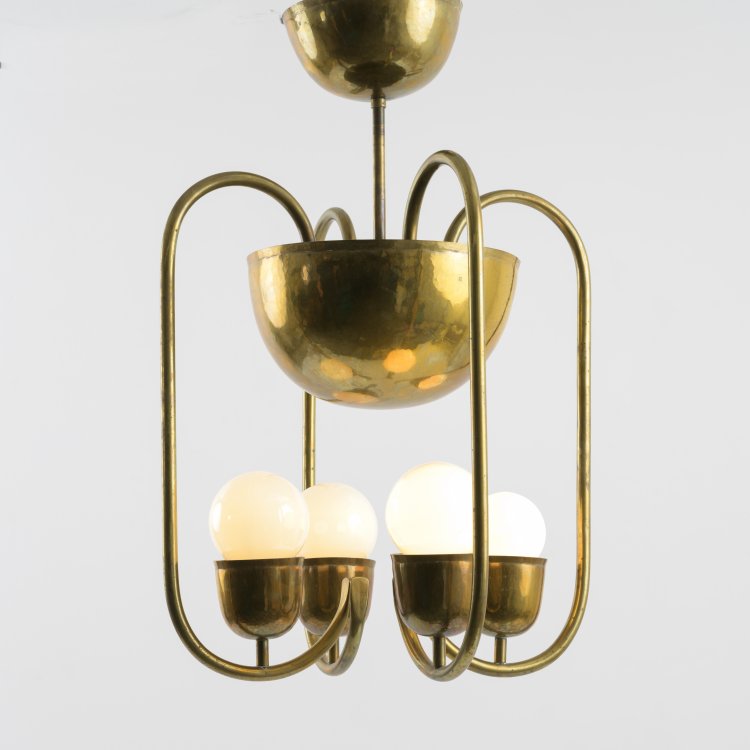 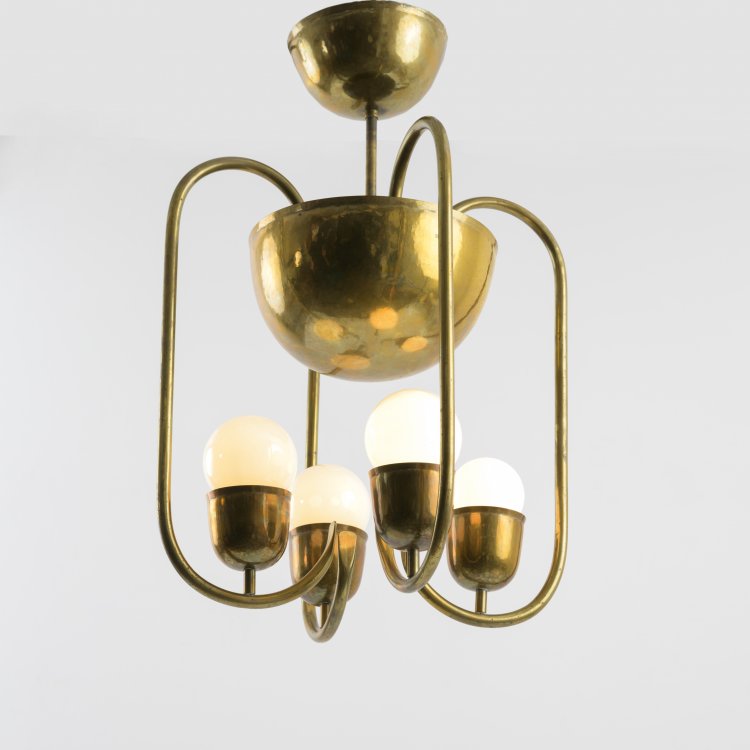 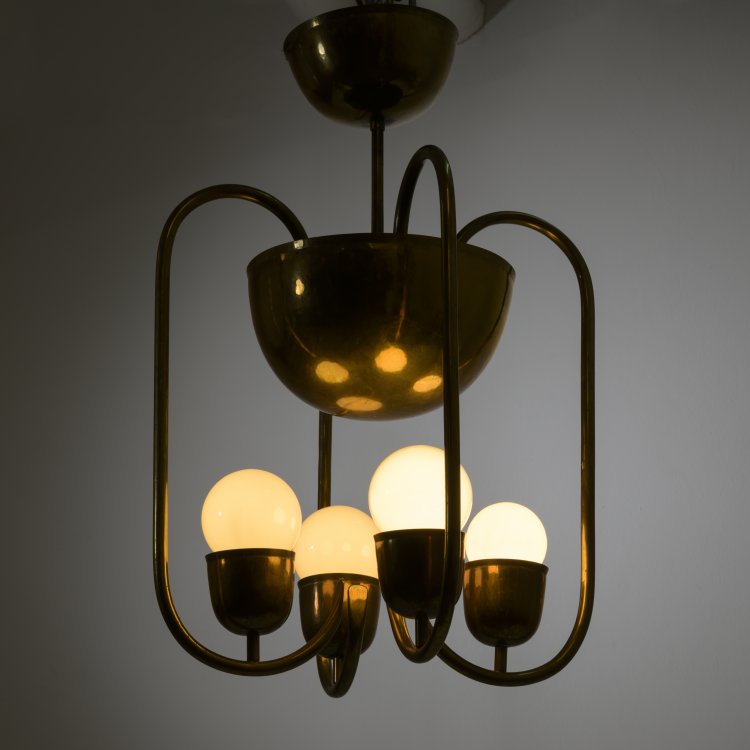 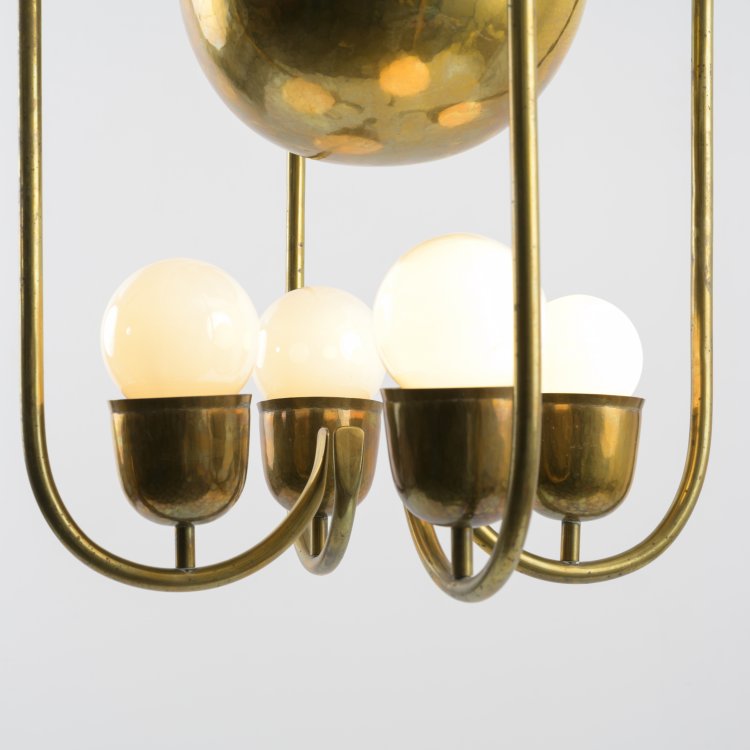 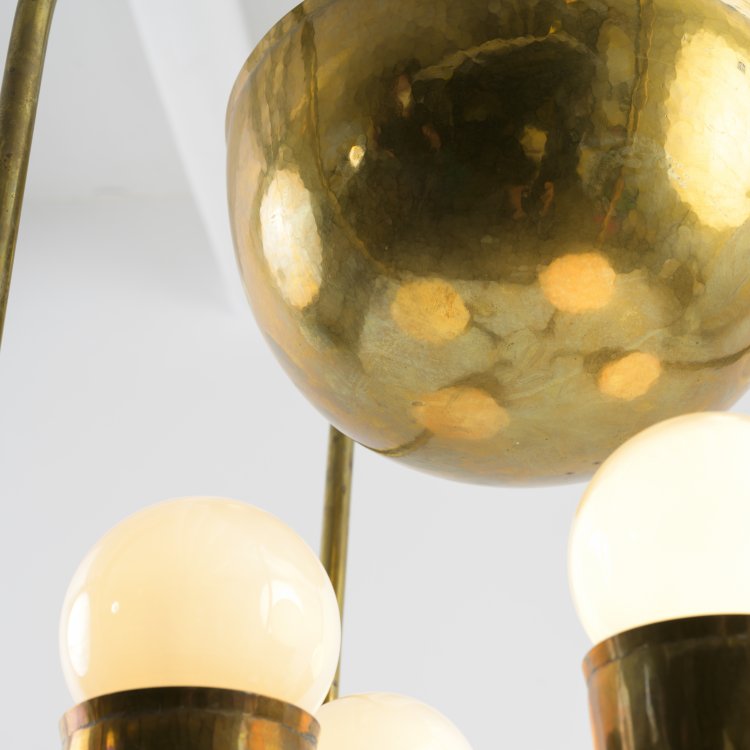 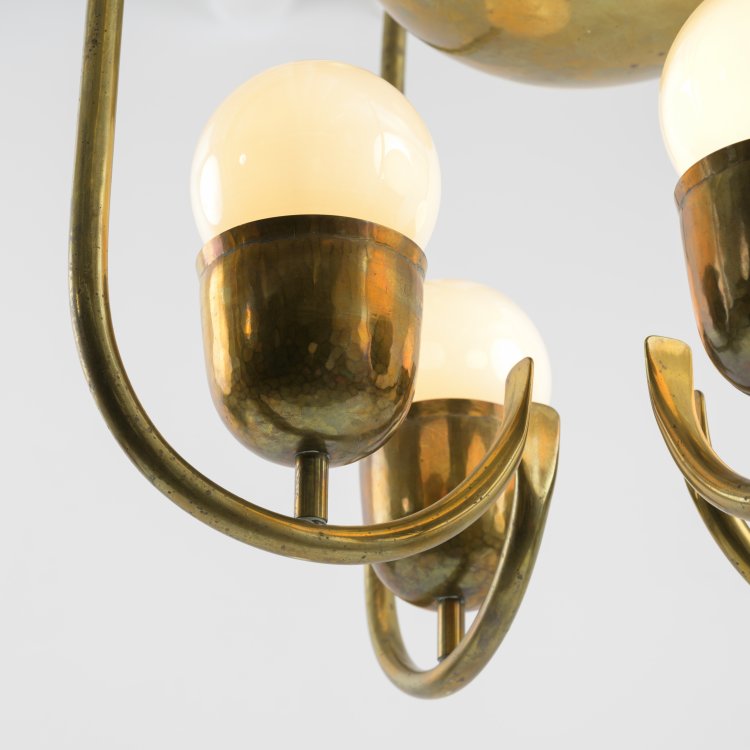 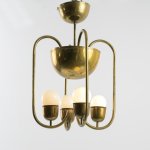 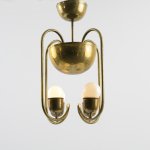 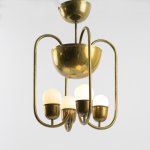 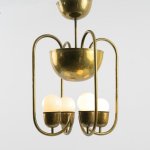 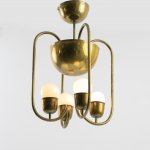 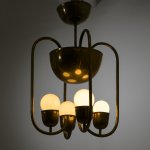 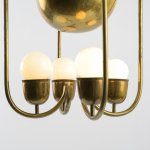 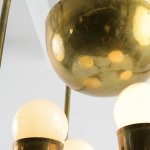 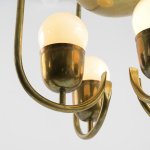 Hayno Focken's ceiling light is impressive with its combination of traditional craftsmanship and modern clarity. The silversmith and metalworker became known primarily through the manufacture of articles of daily use such as bowls and jugs. This design thus is a special feature of his oeuvre. His studies at the art academy in Berlin, which he began in 1924, were an exciting stage in his career, especially with regard to the later manufacture of the ceiling light. Focken simultaneously worked at Max Krüger's lighting factory, where Karl Raichle had already started his career before him. Despite the singularity of a lighting design within Focken's work, the material used for it establishes the connection to his other work. Brass plays a key role not only in this, but in a large number of the silversmiths’ designs.

Place bid Register Live Bid
The items can be viewed and inspected prior to the auction; they all are, without exception, used and of a certain age. Their actual state of preservation is - corresponding to their age and their used state - not being referred to expressly in the catalogue and on the internet, but is agreed specification (cf. Conditions of sale, art. 4). The auction house cannot be held liable for malfunction or nonfunction of electrical devices. Condition reports can be forwarded on demand. They serve as a better survey on the item's condition based on the auctioneer's assessment.
Read our Terms & Conditions.